Lt Gen BS Pawar’s article is being presented in two parts. In Part I, the discourse is about helicopter development having trailed the pace of aircraft technology by a long length. In this part he also identifies the areas that militaries are globally looking at in terms of disruptive changes in design allowing the forces to utilise these machines in far more varied tasks at higher speeds, with greater survivability, easier handling, longer ranges and weapon loads.

Military helicopters today are an integral part of land, sea and air operations of modern armies and are being increasingly employed in sub conventional operations (counter insurgency and counter terrorist operations) across the world. This trend will presumably continue in the future, with helicopters acquiring special features as in the case of Black Hawks used in ‘Operation Neptune Spear’. 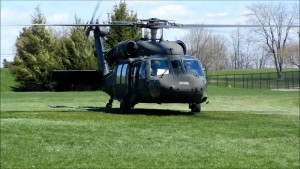 The market for military helicopters is on the verge of a technological generational leap with next generation compound helicopters & tilt rotor crafts heralding the advent of a new era that is likely to witness a significant expansion of the operational spectrum, capabilities and performance thresholds of these machines. This is likely to eventually redefine their role besides enhancing overall effectiveness in conducting a wide range of military missions and operations.

Military Aviation today is looking at the next generation of helicopters and the strategy to modernize vertical lift capability long term, with improved avionics, electronics, range, speed, propulsion, survivability and high altitude performance. The philosophy is to improve on the present limitations by examining emerging technologies within the realm of the possible, with speeds in excess of 170 knots, combat range 0f 800 km, hover with full combat load under high/hot conditions and with a degree of autonomous flight capability. There is a need to harness technological innovation by looking beyond current force technology and identifying possible next generation solutions in areas such as propulsion, airframe materials, rotor systems, engine technology, survivability equipment and mission systems among others.

The advances in helicopter designs have not been as impressive as for fighter aircraft.  While jet fighters are in their fifth generation, helicopters are still strutting around with the same old designs and airframes, with mostly upgrades to their credit – there has been no   new helicopter design since the induction in the 1980s of the Apache attack helicopter built by Boeing. The Apache AH-64E (Block-III), the latest version also called ‘The Guardian’ is a vivid example, where even though 26 new technologies have been incorporated, relating mainly to more powerful engines, composite rotor blades, upgraded transmission system and capability to control UAVs, the main design and configuration remains the same. 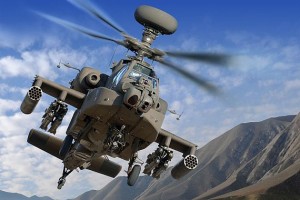 However, today the global helicopter industry is undergoing a significant transformation as are customer demands and the capabilities offered by cutting edge technologies. Significant advances in technology such as computation structural dynamics modelling, expanded use of additive manufacturing, fly by wire controls, advanced condition based maintenance (CBM), health and usage monitoring systems (HUMS) and advanced turbine engine programmes, promise a big leap in rotorcraft capabilities. Governments worldwide are initiating new defence procurements, while simultaneously developing and expanding indigenous production and development capabilities for both military and civil applications – India has also taken the lead in this area by its recent exposition of the ‘Make in India Policy’ in the defence sector and inviting the private sector to be part and parcel of the growing defence aerospace industry.

The US remains the world’s largest purchaser and developer of military helicopters, with major aviation giants like Sikorsky, Boeing and Bell taking the lead in the design, development and manufacture of state of art military and civil helicopters. The US military has embarked on the most transformative science and technology initiative in decades – the Joint Multi-Role (JMR) technology demonstration effort, where the industry plans to prove the revolutionary capabilities of high speed approaches for a family of future military products. 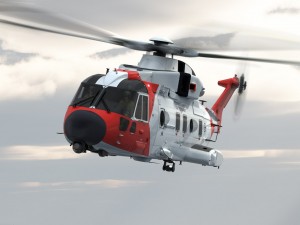 In Russia, Moscow based ‘Russian Helicopters’ has been a lead player in the Global Helicopter Industry, with its major thrust being on the design and development of military helicopters. Europe has in the last two decades also emerged as a major contender in the helicopter market, both in the civil and military domains – Airbus Helicopter formerly ‘Eurocopter’ and Anglo-Italian Augusta Westland are the two major companies whose products have flooded the civil as well as military market around the globe.

The new generation helicopter platforms are expected to feature the latest advances in aeronautics giving military helicopters improved flight performance especially in relation to speed. This offers the new generation machines unprecedented capabilities – increased autonomy, reduced acoustic signatures (enhanced stealth), more accurate navigation systems, enhanced data acquisition and protection systems, more effective weapons and munitions and improved reliability and maintainability at lower operating costs. Helicopters will have to become truly modular, making it possible to change part of the system without affecting overall integrity. The concept of modularity is likely to increase, especially with the emergence of the concept of multi-role machines.

World over today, the armed forces are seriously looking at the multi-role concept, due to the changing nature of conflicts and financial constraints. This concept basically revolves around the use of utility helicopters both in the lift/logistics and armed role. 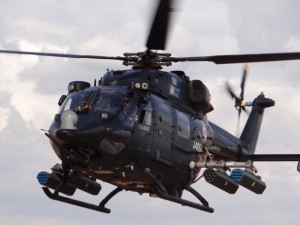 The size of such helicopters would be between cargo and light observation and their armament would generally be restricted to guns and rockets. Some of these may also have the capability to be fitted with air to air and air to ground missiles. The ALH is a classic example of a multi-role helicopter with its utility and armed version (Rudra) available to the Indian Military.

The US military is already moving in this direction and their JMR fleet vision envisages narrowing down the more than 20 helicopter types spread across the services to only three basic models, plus a new ‘ultra’ category extending vertical take-off and landing aircraft into the domain of medium sized fixed wing transports. The vision lays down that no helicopter in all three basic categories-light, medium and heavy will be slower than today’s fastest conventional helicopter and should be powerful enough to carry their predecessors as external payload.