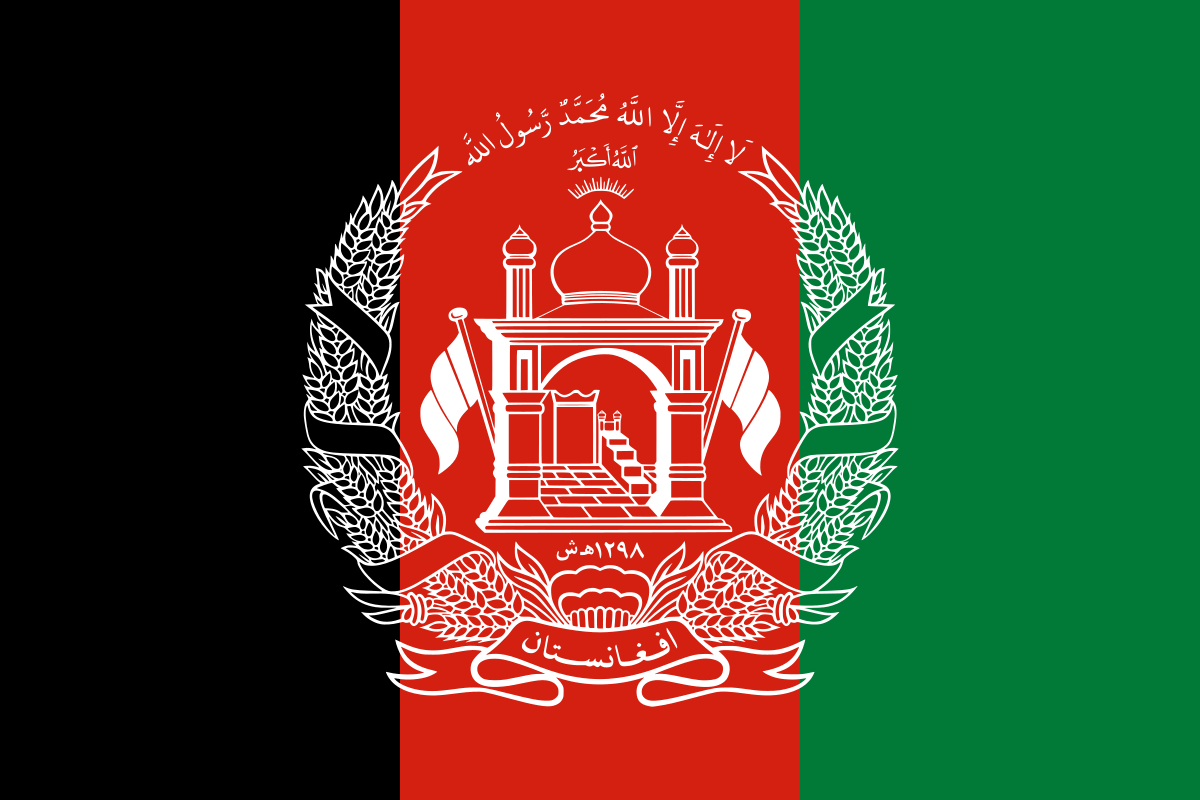 Next Act in Afghanistan

A mixture of anxiety, scepticism and wryness tinged with realpolitik is detected in the views expressed by Afghanistan watchers worldwide on the current situation. The agreement between the USA, the Taliban and the Afghan security forces to observe a weeks ‘reduction in violence’ or RIV announced on the sidelines of the Munich Peace Conference, is now a reality. It is learnt that the RIV is fairly specific, and has been endorsed by President Ashraf Ghani who, as reported by Shereena Qazi in Al Jazeera on 22 February, has climbed down from his earlier demand for a complete ceasefire, with Afghan forces given leeway to continue operations against other armed groups during this period.

Subject to its successful conclusion, a peace deal with the Taliban at the end of February 2020 is on the cards, paving the way for a graduated withdrawal of American forces from a theatre which has become the battleground for America’s second-longest war, after Vietnam. This would fulfil yet another of President Trump’s election promises, reiterated during his State of the Union address in February 2019, by stating that ‘Great Nations do not fight endless wars’. It appears that after Syria, the Afghan chapter is now entering another phase.

This piece is being written in the period of the seven days ‘truce’, upon whose as yet unknown success hinges the agreement for the US drawdown in Afghanistan. Proposed terms for this agreement are not in the public domain. What is universally appreciated is the difficulty in reconciling the respective viewpoints of the many players – the current Afghan government, the traditional ruling elite with parallel power centres, the security forces, regional warlords, the Taliban, the USA and its allies with their troops on ground, fringe players like ISIS and other insurgent groups, interested neighbours like Pakistan and Iran, other powers such as Russia and China, besides of course to those most affected, the Afghan people. Given that many of the dramatis personae mentioned here are keen for their reasons to see the US depart, the truce may be a success, as initial reports also indicate. However, other obstacles are around the corner.

Results of the September 2019 presidential election declared this month announcing the victory of President Ghani have already been challenged by outgoing Chief Executive Abdullah Abdullah. As per Mujib Mashal in her piece ‘Countdown Begins to Possible End of US War in Afghanistan in the New York Times of 21 February, Abdullah has called on his supporters to form their own government, a cry echoed by his running mate, a former warlord and current Vice President Gen Abdul Rashid Dostum.  The United States has yet to accord its formal acceptance of the election results, which leads to the first question on whether the re-elected government’s participation in the negotiations scheduled for end February or early March would be acceptable to all, and how much leeway it has in the first place, to negotiate.

The second question concerns the Taliban’s position. The Sirajuddin Haqqani interview published in the New York Times on the 20th of this month, perhaps the first occasion when an individual who has been sanctioned by the United Nations was provided such a platform, was used to outline the Taliban position. Haqqani is brief. He cautions against predetermined outcomes, and talks of an inclusive political system free from foreign interference built on Islamic values. He addresses areas of concern by promising to respect women’s rights as per Islamic law, similarly committing to abide by international conventions provided they are compatible with Islamic principles. He holds out the promise of opening up Afghanistan to the West for purposes of reconstruction after peace is restored.

At face value, each of these commitments is unexceptionable. It is in their individual interpretation by each stakeholder including the Taliban itself that the potential for strategic miscommunication, misinterpretation or plain duplicity lies.  This worrisome thought is shared by many, including an entire generation of young Afghans which will be growing up in the Islamic Republic, has learnt to cherish personal freedoms while pursuing individual growth. But such examination would have to wait, till an ‘inclusive’ government is formed and starts taking decisions – again, only after the agreement is first arrived at.

The third issue pertains to the current Afghan dispensation, which has all along posited that it is central to any peace process while espousing the view that a peace agreement must be ‘Afghan-led and Afghan-owned’. With direct US Taliban talks having shown results, it is Afghans other than from Government who exert greater leverage. The fate of the current government would be predicated on the power-sharing arrangements evolved, and how these translate on the ground. For a better understanding, some in the US like Joe Felter, in his piece of 19 February in War on the Rocks (‘Leaving Afghanistan: Pulling Out without Pulling the Rug Out’ ) have delved into history, specifically 1988-89 when the Soviet withdrawal was underway. He writes that the then USSR ‘initiated a strategy designed to achieve the narrow objectives of preventing the collapse of the Soviet-supported Najibullah government and the country’s transition to religious extremist rule…… despite significant challenges, Soviet-trained security forces with some limited security assistance were able to defend Kabul and avoid the fall of major population centres…. competing power factions were kept at bay by providing targeted aid and economic assistance to local authorities conditioned on support for the government in Kabul.

This targeted aid, along with a range of carefully orchestrated political, economic, military, and diplomatic initiatives, combined to prop up the Soviet-installed government, ensuring its survival for nearly three more years — up until the demise of the Soviet Union itself and subsequent cessation of aid…..’. It would be interesting to see whether history will repeat itself, at least in the short term, as motivations of outsiders then and now appear similar, despite the Taliban repeatedly calling for the removal of all foreign forces from the country. Notwithstanding this desire, it is doubtful if a full withdrawal in the short term can be effected, keeping in mind the requirements of long term stability.

Pakistan is the factor which remains central to all the above issues. Described once as the ‘zipper of pan Eurasian integration’ by a Russian academic, its importance continues to be manifested in multiple ways – be it sharing intelligence on common issues, coordination of operations astride the Durand line, logistic supply to the international coalition or management of refugees under UN auspices and other applications of soft power. Most importantly, while its role in raising, training and equipping the Taliban stands condemned internationally (as does its policy of fuelling proxy war against India), its leverages in Afghanistan, and management of proxies there are equally acknowledged.

Given that Pakistan has never disavowed its policy of using Afghanistan to provide Strategic Depth, it is well-nigh impossible to envisage a scenario where it remains hands-off in peace talks whose outcome might be to its detriment (at least with respect to its long terms goals vis-a-vis India), such as formation of a neutral government, where it does not retain sufficient influence. Should the talks commence as planned, it is certain that Pakistan will attempt to carve out its pound of flesh – something that in its haste to withdraw, the US, despite differences with Pakistan on many issues, might be forced to accept – with Russia and China acquiescing for well-known individual and common reasons.

Where does this leave India?  While acknowledging that India wants a stable and economically viable Afghanistan, its ruling classes have been calling for India to step up its game in that country for years. A certain Afghan academic in frustration once even classified India’s policy as being on ‘auto-pilot’ – unchanging and restricted to providing more of the same despite whichever dispensation was in power.

India, however, has been understandably wary of the ‘blow hot blow cold’ equations between successive Afghan and Pakistani regimes, and nuanced its dealings accordingly. It has consistently voiced support for the Afghan-led Afghan-owned peace process and never opened channels with the Taliban, even after it was clear that all others were talking to that entity.  Nevertheless, it needs to appreciate the desire of the majority of Afghans (including the elites regularly visiting Delhi to press their case), who wonders aloud why India could not exert itself more, and also look towards defending its interests in that country. India is late in adopting a proactive policy, and its influence on the regional and local power brokers appears marginal. Recent voices in the US, starting with their President have recommended a larger role for India, in view of its pre-eminence in the region as also in the background of the connect under the Indo Pacific strategic umbrella. Of course, before sounding India, any such proposal would have to be accepted by Pakistan (and its foreign backers), under pressure from the US.

While India is not at the talks table, a role for it in the stabilisation process post-formation of a new government should not, therefore, be completely ruled out. The contours of such a role could cover a wide canvas, whose implications India must look at afresh and then act upon – something it has done in the recent past as demonstrated by its actions in Jammu and Kashmir. This could range from dispatching troops for monitoring the peace, training the armed forces, civil bureaucracy and young population, substantially enhancing aid and reconstruction efforts, increasing its soft power quotient or combining some or all of the above in various proportions. None of these suggestions is new, and any action will in the first place depend on whether Indian participation is called for. But if it does, India would have to ‘seize the moment’, as far as possible on its own terms. This would call for diplomacy in managing relations with countries in the extended neighbourhood including Iran and Russia, in addition to China.

Afghanistan has often been called the ‘graveyard of empires’. Turning once more towards history at the end of this piece is therefore prudent. It is singularly appropriate to discuss certain comparisons drawn between the overall handling of the Vietnam War culminating in the US retreat, and the present situation in Afghanistan. Commencing with a remark that both conflicts were ‘offshoots of larger global conflicts’ George C Herring, in a seminal piece in Foreign Affairs (Lessons from Vietnam on Leaving Afghanistan,15 April 2019) outlines some major similarities – an enemy prepared to wait, a pressing political imperative to withdraw, signing of peace agreements without due consideration for other (weaker) local allies,  and an ineffective local military despite huge assistance (like the South Vietnamese, the Afghan National Army and police are trained and equipped by the US, and as per Sarah Al-Mukhtar and Rod Nordland of the New York Times in their piece of 9 December 2019, have soaked up 87 billion dollars till date).

He also discusses the possibilities of a Taliban dominated Afghanistan, similar to the aftermath of the Vietnam war where the implementation of  George F Kennan’s famous  ‘Containment Policy’ met with spectacular failure. Though he also brings out major dissimilarities between the two wars, it is the analogy which is riveting and inspires caution.

The Afghan conundrum is still to fully unravel. Many twists and turns remain, some foreseeable and otherwise. The success of the peace deal is predicated on many factors and multiple players, external and internal. As always, when resolving a crisis, acting with patience, firmness and great deliberation are essential. Otherwise, close to two decades after the American intervention, the wheel would once again come around full circle in that beleaguered nation. And there could be a no bigger tragedy than that for South Asia.