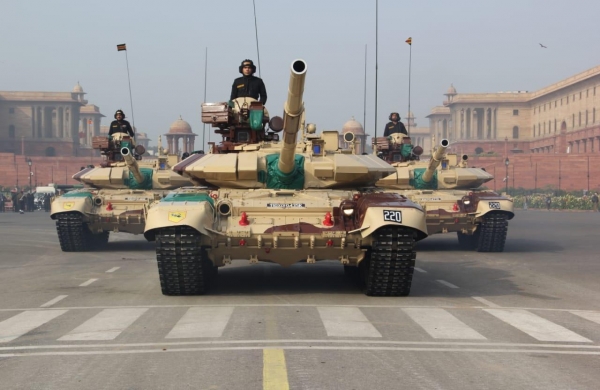 Giving in to the longstanding demand of India’s strategic community, the Ministry of Defence (MoD) is readying to seek the Cabinet approval for setting up a ‘non-lapsable Defence Modernisation Fund’ (DMF) to upgrade the country’s military. Earlier in February, the MoD had disclosed DMF’s broad contours to the Parliamentary Standing Committee on Defence (SCoD) which has persistently backed this idea for over 15 years.

The proposal to create such a fund, to which unspent moneys from the armed forces’ capital budget could be transferred at the end of each financial year, caught the official fancy when the then Finance Minister Jaswant Singh announced it. Whilst presenting the interim budget for Fiscal Year (FY) 2004-5 in February 2004, Singh announced that the government would establish a Rs 25,000 crore ‘non-lapsable’ DMF for the MoD in the upcoming financial year.

But Prime Minister Atal Behari’s BJP-led federal collation lost the general elections soon after and the Congress Party-led United Progressive Alliance (UPA) government that followed ignored the instituted Fund. In fact, the MoD informed the SCoD in 2006 that such funds were generally created when the government had surplus money for specific expenses; but, since it was resorting to deficit financing, the creation of any such fund from the government’s regular revenue stream or via borrowing was not viable, as it would only add to the overall fiscal deficit.

Deposing before SCoD the same year, the Finance Secretary went a step further. He declared that any transfer to the proposed DMF, and any appropriation from it, would necessitate mandatory Parliamentary approval, making its existence largely irrelevant. For, whether the funds were withdrawn from the DMF or the Consolidated Fund of India (CFI) the Ministry of Finance (MoF) would be required to raise the requisite funds through taxation, borrowing or other means.

The irrelevance of such a fund prevailed but it did not diminish the services’ enthusiasm to create one to ostensibly facilitate modernisation. They naively looked upon it as a means to overcome the recurring resource crunch they faced each year in their endeavours to upgrade their capabilities.

Thereafter, there was no significant development for several years till 2019 when the Cabinet took the unusual step of asking the 15th Finance Commission (FC-XV) to “address serious concerns regarding allocation of adequate, secure and non-lapsable funds for defence and internal security of India”. It also tasked the Commission to determine whether a separate mechanism could be created for such funding.

In its final report for FYs 2021-22 to 2025-26 submitted last November, the FC-XV recommended the establishment of a dedicated Modernisation Fund for Defence and Internal Security (MFDIS), tentatively christened it as Rashtriya Suraksha Naivedyam Kosh. However, the details provided by the MoD to the SCoD indicate that, partially ignoring the FC-XV’s recommendations, the MoD proposes to create a separate DMF for defence with different protocols.

These include a DMF embedded in the Central government’s Public Account, with a corpus created by monetising surplus defence land and depositing the entire proceeds in the CFI. Half of these funds would then be transferred to the DMF with the Parliament’s approval. The remaining 50 per cent, however, would remain in the CFI. The FC-XV’s recommendation to transfer proceeds from disinvestment in the Defence Public Sector Enterprises (DPSEs) and from other sources, does not seem to have met with governmental approval.

As per Article 266 of the Indian Constitution, all revenues received by the central government by way of tax collections, loans raised by issuing treasury bills, amongst other means, mandatorily accrue to the CFI while, receipts from small savings, provident fund collections and sundry sources are routed to the Public Account. In effect, the government merely acts akin to a banker or custodian of this money, holding it in a trust to be paid out when demanded by their rightful owners.

The details furnished by the MoD, however, do not reveal the size of the proposed DMF but the overall amount of the MFDIS proposed by FC-XV for defence and internal security was Rs 2,38,354 crore, with the annual accretion being limited to Rs 51,000 crore. It implies that if the amount generated in a particular year exceeds the annual ceiling, it will not be transferred to the non-lapsable fund.

As the first step to setting up the DMF, the MoD will create a mechanism to identify the defence lands to be monetised. FC-XV’s report indicates that it could potentially include some 20,000 acres across India, encompassing the defunct Military Farms, 1,243 acres under encroachment and around 8,000 acres comprising abandoned airfields and camping grounds scattered across the country. But monetising all this acreage -assuming that all this is surplus land- will not be easy and will doubtlessly pose a challenge on multiple fronts to the MoD to execute it in a country plagued by complex laws, building regulations and land-use fiats.

According to the MoD’s plans, appropriation of the DMF’s reserves will be permitted only after the annual budgetary outlay has been exhausted. However, expending these amounts too is subject to a three-year deadline, following which the unspent money will revert to the CFI. The utilisation of the DMF reserves will, therefore, be predicated to the MoD finalising material buys swiftly for all three services. The MoD aims to utilise these reserves to construct housing for military and paramilitary personnel under the Married Accommodation Project (MAP) and purchase of defence kit and other ordnance stores like ammunition locally under the Make-in-India initiative.

Once the DMF is established, another box can be ticked off in the long list of defence reforms being advocated over the past two decades, albeit without giving much thought to detail and the ramifications of restrictive spending. It is axiomatic that military capability building, which lies at the heart of the armed forces’ modernisation, is a continuous process, necessitating not only sustained capital investment but also related substantial revenue outlays.

The DMF also raises some perturbing questions, the principal one being as to how long will it be possible to sustain funding modernisation by monetising surplus land, and also how the growing requirement for additional funds under the revenue stream can be fulfilled. To put it in perspective the FC-XV estimated the likelihood of an Rs 8,45,136 crore shortfall under the capital segment and Rs 6,78,964 crore under the revenue portion between 2021-22 and 2025-26. It would be a massive gap to bridge. After all, the MoD cannot sell the same land more than once.

Besides, the FC-XV’s expectation that the MoD would manage to ‘innovatively’ reduce service salaries and burgeoning pension liabilities to overcome fiscal constraints appears somewhat simplistic. The same holds true of its recommendation that the MoD should reduce its dependence on defence imports with a corresponding enhancement of indigenous production at a faster pace. Souring defence equipment needs indigenously is a noble concept, but it’s not only time-consuming but also not necessarily a cheaper option in the short and medium-term.