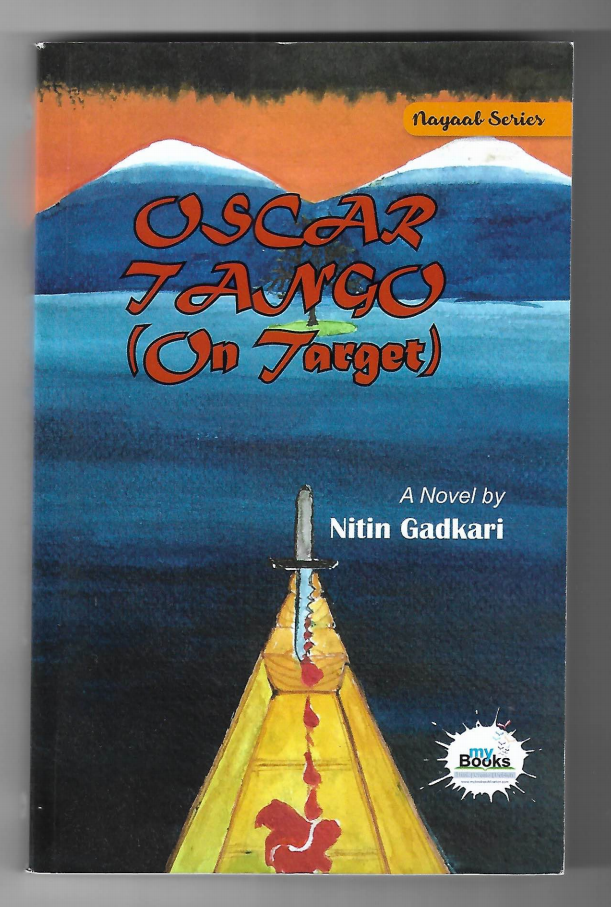 Perusal of literature worldwide indicates that writings on military topics  encompass the genres of both fiction and nonfiction. Due to its emphasis (and necessity) on documenting details of wars, campaigns and incidents of importance, most military writing in India has fallen into the latter category. Another possible reason could be the military mind’s penchant to stick to the factual unlike the novelist’s imperative to delve into the imaginary. This, despite the rich potential for fiction writing that material drawn from the twin domains of war and conflict offers, where the primacy of the human dimension remains undisputed. It is therefore a refreshing change to read Gen Nitin Gadkari’s book, a first time effort at storytelling by a senior Army officer, set in a conflict zone with a host of characters that many who are conversant with an insurgency situation would relate to.

Oscar Tango is a novel whose span is vast – both in terms of time and geography. Commencing in the Swat Valley in 1980 and ending in the India of the present, the story is laced with historical events which have shaped the geopolitics of the Subcontinent. At its centre is the main protagonist, an upright Army officer commanding a ‘Special Rifles (SR)’ battalion in the Kashmir Valley engaged in counter insurgency operations, who faces the expected  trials , tribulations and successes that such a mandate entails. However, in addition to the insurgents that he combats on a daily basis, is another unfolding series of events that is soon to impinge on his life. A plan secretly hatched forty years ago by a small and determined coterie of professionals including an intelligence officer, working independently of their government but united in their motivation, is now under execution. While the aim is age old – seizing control of the Valley – what is new is the means to instigate the populace, and the lengths to which this coterie is prepared to go, to achieve that desired end state.

The plan is codenamed Junoon and has been many years in the making. An array of resources, ranging from Afghan Mujahideen to genome scientists to local terrorists and their over ground workers has been marshalled. The raw material for the project are local Kashmiri girls, and Afghans. Through his descriptions of various characters, the author has skillfully highlighted the dilemmas faced by the ordinary populace in an insurgency ridden area and the limited choices available to them, as also the modus operandi of the shadowy figures who manage the entire terrorist eco system in that region. While being mentioned just once in the entire book (and that too only in a geographical context) the shadow of Pakistan  as the epicentre of terror  and the originator of strife, looms large.

The writer has chosen South Kashmir, a portion of which is the area of responsibility of the Special Rifles (SR) battallion, as the locale for the actions arising out of execution of Project Junoon. The routine of a Commanding Officer (CO) of a SR battalion in countering insurgency has been sketched out well, and mirrors the research carried out. Army officers who have served in similar environments would find it easy to relate to the situations depicted.

It is also not difficult to identify some of the dramatis personae mentioned therein, though they relate to different time periods. An aside on the consequences of arousing professional jealousies amongst peers and superiors, and how slipups in following Standard Operating Procedures (SOPs) during operations can have hugely negative consequences makes for extremely interesting reading, with echoes of real life and lessons for all. Also included in this phase is a budding love affair which comes to fruition later.

The book remains fast paced throughout. The author steps up the tempo towards the end, adding certain twists to the tale. Project Junoon nears its denouement as the efforts of the genome scientist (which have since come of age) are harnessed towards  organising an intifada while simultaneously, a major crisis unfolds in New Delhi,  requiring the resources of India’s entire national security apparatus to resolve. Thanks to the intrepid Commanding Officer, now a Brigadier and again in the thick of things, the designs of the enemy are thwarted and the aim of Project Junoon defeated.

For a change, this is one occassion where the author has not succumbed to the temptation to spell out every detail in black and white. Consequently, some loose ends and shadowy figures remain till the end,  left to the reader’s imagination to fill. There is a certain amount of license taken in the narrative and depiction of events, such as the protagonist getting promoted rapidly, and obtaining access to all and sundry to assist him in his planning. This notwithstanding, what comes out is a well sequenced thriller, and a truly commendable first time effort. Overall a rollickingly good yarn, and a befitting tribute to the two departed coursemates to whom the book has been dedicated, whose contribution towards the research can easily be discerned.