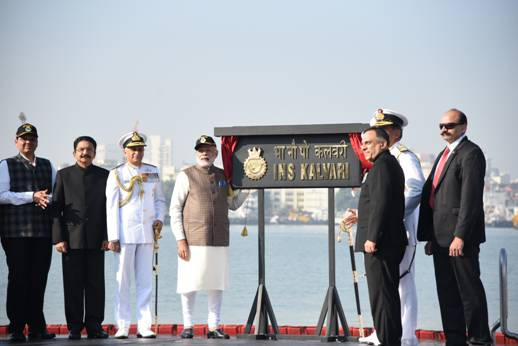 With the shortlisting of Indian Strategic Partners (SP) and the potential Original Equipment Manufacturers (OEMs) that would collaborate with SPs to construct six conventional submarines in India by the Defence Acquisition Council (DAC), the focus has been shifted to SPs to choose their foreign collaborators after careful consideration. The Defence Ministry has shortlisted government run shipyard Mazagon Docks (MDL) and private shipbuilder L&T to collaborate with five OEMs to present their joint bids to execute the ambitious ‘Project-75 India’ (P-75I) to manufacture submarines worth over Rs. 40,000 crore.

The much awaited project, which was first mooted in 2007, moved to the crucial next stage where OEMs can tie-up with either of the two Indian SPs to augment the fast depleting underwater strength of Indian Navy. This is in spite of the fact that it is still a long way to go before the actual contract is signed and the first submarine to be on the building-line for production in the shipyards.

The P-75I programme is a part of the 30-year submarine building plan cleared by the then Cabinet Committee on Security (CCS) in 1999 that terminates in 2030. As a part of the plan, India was to build 24 submarines-18 conventional and six nuclear-powered submarines (SSNs) with long-range nuclear-tipped missiles (SSBNs) as an effective deterrence to China and Pakistan.

The Indian Navy’s current strength consists of 15 conventional submarines (9 EKMs, 4 SSKs & 2 Kalvari class under P-75)besides two nuclear-powered submarines- INS Chakra (SSN) and INS Arihant (SSBN). The second indigenous SSBN, INS Arighat will be commissioned soon. Out of these, only half are operational at any given time because at least 10 of them are over 25 years old. 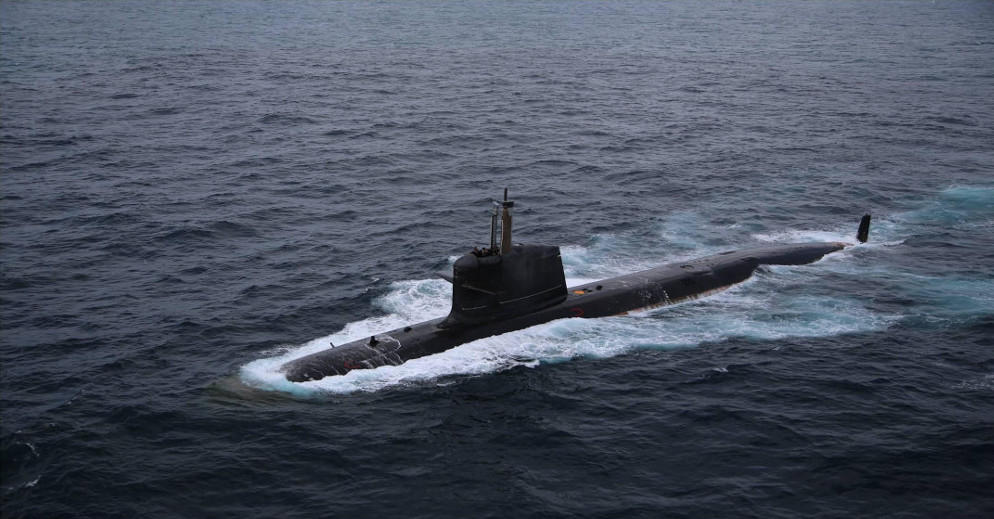 Currently, two conventional submarines-INS Kalvari and INS Khanderi have been commissioned out of six Scorpene submarines which are being built at Mazagon Docks (MDL) in collaboration with Naval Group (earlier known as DCNS)of France, under the Project-75 (P-75) at a cost of around ofRs. 24,000 crore. The Scorpene deal was signed in October 2005 and the first submarine was to be delivered by 2012 but due to inordinate delays and teething problems, delays occurred. The first one, INS Kalvari was commissioned on 14 December 2017. The second one, Khandariwas commissioned on 28 September 2019.

The third Scorpene-class submarine INS Karanj is expected to be commissioned this year as it is already undergoing sea trials. The Indian Navy has already launched the fourth submarine Vela in May 2019. The fifth submarine is scheduled to be launched soon. The sixth will be formally launched by 2021-2022.

The P-75 project is turning out to be the backbone of India’s conventional submarine force. The timely completion of this project is crucial keeping in view the rapidly growing Chinese and Pakistani underwater fleet. But meeting deadlines is not always possible.

Submarine construction is the most complex industrial operation worldwide. Building submarines has been mastered by only a handful of highly skilled specialised shipyards. Most submarine projects all over the world have faced difficulties leading to delays of 3 to 15 years, an industry insider explained. Among the multiple projects, across the globe, which were delayed inordinately is the American programme of Virginia class, reportedly missing delivery schedule and delay in sea trials during March 2017; Russians reporting significant delays in their Borei class submarine programme. The Greek and Korean submarine programmes also faced huge difficulties. The Astute in UK had to be restarted from scratch with American support. The same fate overtook the S80 in Spain which is now facing a delay of roughly 10 years. The Collins class in Australia has been in deep trouble for more than a decade.

According to the French OEM Naval Group, the P-75 was a challenging and unique project as the First of Class (FoC) was to be built completely in India instead of the OEM’s facility, contrary to normal practices where FoCs were built in the OEM’s country to speed up ‘On the Job Training’ and thus significantly shorten the learning curve and delivery time.

With the submarines building lines lying idle since the beginning of 1990s, MDL had to re-build its competence from scratch. Infrastructure, equipment and manpower required to build the P-75 submarines were not at all available at the time of signing of the contract in 2005. Such infrastructure had to be created or updated through huge investments.

The MDL, in its statement during the launch of the third Scorpene-class submarine INS Karanj, “Close monitoring, proactive resolution of problems and concerted efforts to keep the assembly line moving resulted in MDL completing critical subsection fabrication of all six submarines, eleven months before the PERT date. Further, the time taken to complete the fabrication of the 16 subsections of a submarine came down from 39 months in Boat 1 to 20 months in Boat 2. This timeframe of 20 months has been accepted by Naval Group as higher than their standards.”

“P-75 is an extremely successful Indian project. India is doing better than any other country. Let us understand that the first submarine built outside the origin of its country, faced teething problems which have been ironed out. The MDL is the only submarine builder in the Asia-pacific region which has achieved this feat,” the French spokesperson put it across quite emphatically.

The P-75I is the next batch of conventional submarines for Indian Navy and sustenance of the building line. India has one-line of submarine building operational at MDL and wants to create another line by selecting MDL and L&T. To keep two-lines of production going it needs an average building of 6 to 10 submarines for a period of 10-15 years in continuity. No other country other than US is known to have two-lines of production. India wants to be autonomous in building submarines by creating such facilities through opening up of the industry for private partnership.

L & T has made good hulls for strategic boats and they have excellent design and engineering teams. However, the building line is not there. Though they have done the hull and outfitting, but the production lines are not available as manufacturing a submarine is a most complicated process. That’s where L & T needs to choose its foreign collaborator carefully who can deliver the necessary infrastructure to keep the timelines intact.

The P-75I class submarine is an improved version of the Project-75 Kalvari-class Scorpene submarines. Under this project, the Indian Navy intends to acquire six diesel-electric submarines in Indian shipyards with transfer of technology. In fact, the P-75I project is the next phase of the same submarine project.

As per the Indian Navy, the new submarines will differ qualitatively from the earlier P-75 version. The new submarines will have air-independent propulsion (AIP) to enable sustenance underwater for longer duration. In addition, there will be advanced detection range and combat management systems besides better sensors for optimum performance. The Project 75I submarines are expected to be bigger than the 1800-ton Scorpene class being built for P-75 project. The AIP systems will enable greater underwater endurance. Besides, they will also incorporate stealth, land-attack capability and other technological advancements.

The process starts with the issuance of RFP (Request for Proposal) to MDL and L & T within two months by the Ministry of Defence. Both SPs, in turn, get in touch with the five OEMs to finalise their joint bids and respond to the RFP before the year end. The process will take around two years and it is expected that the actual contract will be sealed by the end of 2021 as disclosed by the Ministry sources. The government has already identified key technologies that need to come to India from the OEMs if a particular bid has to succeed in P-75I programme.

The actual transfer of technology will be the key to ascertaining which foreign OEM ties-ups with the Indian SPs. According to the MoD specifications full transfer of technology (ToT) includes Design level ToT, Equipment level ToT, Building level ToT and Maintenance level ToT – these are technology transfer blocks. The basic parameters of Indian navy requirements are air-dependent propulsion (AIP)for greater underwater endurance,land-attack cruise missiles and the capability to integrate indigenous weapons and sensors.

While Russia, Germany and France already have submarine-building experience in India, other OEMs are also in contention making it a tough competition between them.

Capitalising on the success of Indo-French collaboration, the Naval Group is bracing itself for bagging the mother of all naval deals worth over Rs. 40,000 crore. It claims that they have better experience of executing such projects than the other bidding foreign OEMs since they are already manufacturing submarines in India.

“Naval Group has acquired a lead position by way of an extensive industrial experience in building a modern submarine in India, jointly with its collaborator and its MSME partners. It is the only Foreign OEM to have set up an Indian entity solely for the purpose of Indigenisation,” said Rear Admiral Rahul Shrawat, CMD, Naval Group India. He further added, “Naval Group is fully geared to support Strategic Partnership and follow guidelines of MoD to propose a fully compliant solution to meet requirements of Indian Navy with the best in the class technology and with a high indigenous content.”

To put forward its bid, Naval Group is offering advanced technological know-how on the table like unmatched manoeuvrability along with unmatched stealth and acoustic discretion in form of sensors and range. It is also bringing powerful and very accurate missile system platforms. It remains to be seen which combination of SP-OEM ultimately bags the challenging project, ultimately.