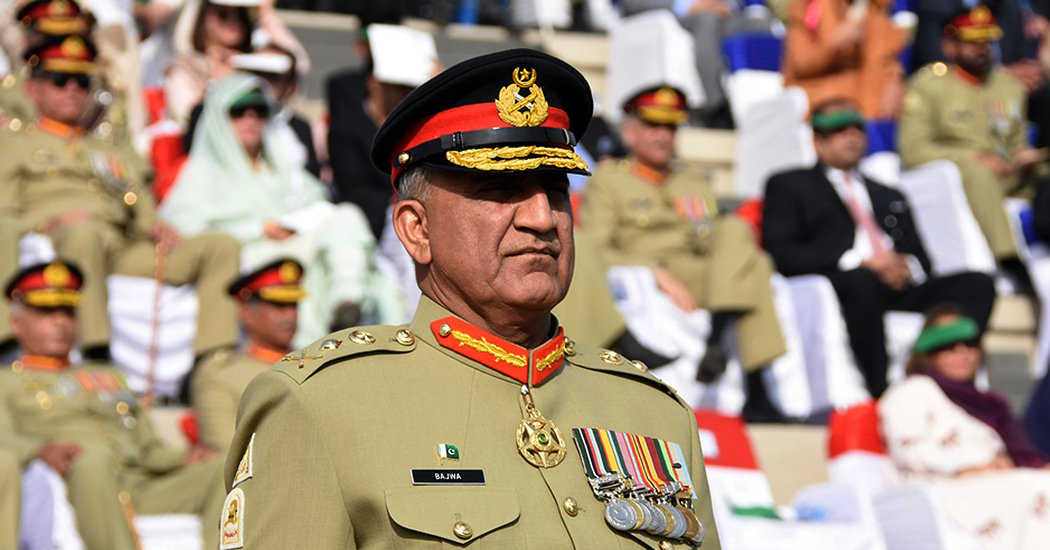 Pakistan military’s lust for land is so prolific that their Generals conduct themselves in the manner of feudal landlords and carry the tags of ‘biggest land grabbers and land mafias’ of the country. The Supreme Court, in January this year, cracked the whip to stop commercial activities on military-owned land in the country. Supreme Court Judge Justice Gulzar Ahmed while passing the order observed: “Defence Housing Authority (DHA) of Karachi have encroached so far into the sea. If they had their way they would build a city on the sea. The owners of DHA would encroach on the entire sea all the way to America and then plant their flags there. The owners of DHA are wondering how they can make inroads into India!”

Justice Gulzar wondered why the armed forces and civil aviation authority were running wedding halls and cinemas. Each year the military gobbles up more land, diversifies into new markets and industries and steadily consolidates power in the key sectors of agriculture, energy, natural resources, logistics and construction. Little wonder, the land is being requisitioned across the length and breadth of the country. In a bid to make ‘Naya Pakistan’ (New Pakistan), Prime Minister Imran Khan called upon the armed forces to protect their ‘motherland’ on the Defence Day last year. It fell on the deaf ears of military elites who are more busy protecting their land rather than their ‘motherland’.

To repeat a cliché once more, ‘all countries have armies, but in Pakistan, the army has a country’. The army has long been expanding its footprints across Pakistan’s cities through its multiplying defence societies. The land is acquired at will at nominal rates from the state governments and developed into residential and commercial plots. Some of the richest families in the country live in some of the most garish houses in these housing colonies.

Pakistanis are inured to this unending land-grab. Huge swathes of land have been grabbed illegally by the army – some held as defence land, some as private land gifted to senior officers at the time of their retirement and some controlled by the ‘military foundations’ controlled by serving and retired generals. The insatiable lust for land continues unabated with grotesque impunity. The Generals continue to plot for plots!

A couple of years back in July 2016, the Pakistani Parliament was informed that the armed forces run over 50 commercial entities worth over $20 billion. Ranging from petrol pumps to huge industrial plants, banks, bakeries, schools and universities, hosiery factories, milk dairies, stud farms and cement plants, the military has a finger in every pie and is today the biggest conglomerate among business houses in Pakistan. However, the jewels in their crown are the housing societies in eight major towns where prime lands in well-manicured cantonments and plush civil localities in the possession of these societies are allotted to military personnel at highly subsidized rates. Even military awards and post-retirement benefits are linked with the grant of farmlands and housing plots to military personnel. In the recent past, a former Army Chief was bestowed with 88 acres of land as a post-retirement benefit.

The Pakistani military’s love for land grabbing has been well documented by defence analyst Ayesha Siddiqa in her seminal book ‘Military Inc: Inside Pakistan’s Military Economy’. Her book elucidates, that militaries in China, Egypt and Indonesia run large business enterprises but Pakistani Generals have done better than their counterparts through their defence societies. This book exposes the rampant commercialism pervading in every aspect of the country’s military forces. According to Siddiqa, the army owns 12 per cent of the country’s land, and two-thirds of that land is in the hands of senior military officials, mostly Brigadiers and Generals.

During General Zia’s dictatorship and the rise of extremism in Pakistan, with jihadis doing most of the work for the Pakistan Army, Pakistan military’s top brass, particularly, the retired and serving mid and senior level officers, have increasingly focused efforts on acquiring land for property development and also setting up various businesses with the aim of creating a monopoly for various products in the market. The so-called charitable foundations, the Fauji Foundation (run by retired senior Pakistani Army officers), the Shaheen Foundation (run by retired Pakistan Air Force officers) and the Bahria Foundation (run by retired senior officers of Pakistan Navy) are in reality business conglomerates where only retired and serving officers are entitled to a share of the profits.

Two-star General officers and above get 240 acres of irrigated land and the land owned by military officers always get more water for irrigation as compared to other farmers. While urban real estate is limited to military officers, farmland is also given to personnel below the officers’ rank.

Shuja Nawaz in his book, ‘Crossed Swords’, highlighted the brazenness of land grab tendencies of the Pakistani military. He wrote, “late 1980s, as dictator fatigue set in the Zia period, many army officers refrained from going out in the public in their uniforms as there was much resentment against them for their over-indulgence in economic activities.” Later in 2007, the country witnessed jarring posters and banners carried by lawyers who were protesting the removal of the Chief Justice of Pakistan, Justice Iftikhar Mohammad Chaudhry by the then Military ruler General Parvez Musharraf: “Ae watan ke sajeele Genrailo; saaray ruqbey tunhare liye hain (O’ handsome Generals of the homeland, all the plots are just for you).”

In August 2016, Pakistan’s Dawn newspaper also published an article highlighting the role of army Generals in land grabbing cases. There is little that anyone can do against the all-powerful Pakistani military. The illegal land grab and brazen means to legalize it has been well planned by the army and its wings. At least in this endeavour, the Pakistani armed forces have achieved tri-services integration as no other has.

Prime Minister Imran Khan’s dream project ‘Naya Pakistan Housing Program’ is all set to be launched in April next month which promises to boost the economy by creating job opportunities in the construction sector and allied industries. But the implementation of five million housing units for the poor Pakistanis is a risky proposition until the issue of land grabbing is settled.
The Imran Khan cabinet on March 19 decided to sell off property and assets of different federal ministries and allied departments worth trillions of rupees with a view to generating revenue to support the country’s crippling economy. It’s anybody’s guess how much land would land up with the army and to its Generals as their private property. Trillions, if not more, would be made by the Generals alone who shamelessly bleed the country they supposedly protect.

While PM Imran Khan roams the friendly countries for loans to bail the country out of the crisis of balance of payments as Pakistan’s foreign exchange reserves keep depleting with only adequate funds for a few weeks imports, the valuation of land owned by the four military foundations established for the welfare of ex-servicemen is many times more. Yet, it’s hard to imagine anyone managing to circumscribe the financial powers of this military machine. The fact remains that the military does not just run Pakistan, they own it too.