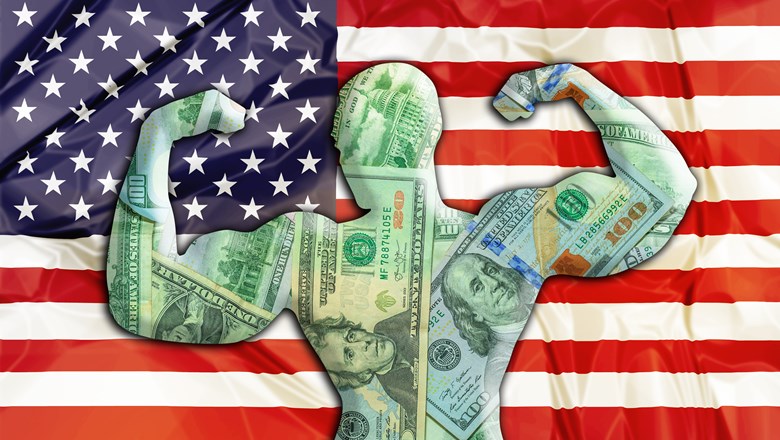 The US Dollar has a huge influence on geo-politics, globally. Initially weighed against a Gold standard,, its gone through a process of changes to keep it relevant globally. It serves as an excellent tool to get nations to do the American bidding, at America’s beck and call. The author traces the story by narrating interesting sequences and dwells on the alternatives that might find adequate traction tomorrow as the currency for international trade.

On 28 January 2019, USA exercised its financial sanctions against the Venezuelan state-owned energy company Petroleos de Venezuela SA (PDVSA) and blocked it’s $7 bn assets and causing an estimated loss of $11 bn in export proceeds. The sanctions will cut off Venezuela’s primary source of revenue and may force a regime change, as desired by the USA. 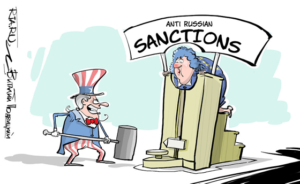 The reader will recollect that in recent times, unilateral US sanctions have been imposed on Russia for the annexation of Crimea, re-imposition of sanctions on Iran, sanctions on North Korea and on Turkey. US sanctions mean that no country can buy or sell any product from the nation on whom sanctions have been imposed. Doing so will incur, among other punitive measures, the denial of US markets to that errant country. This is a prospect no country can afford as every nation in the world needs US dollars, and seeks US markets for their products. US sanctions on Russia and Iran have forced India to seek waivers from the US for the purchase of military equipment from Russia and for oil from Iran; a situation every sovereign nation finds demeaning.

Rise of US Dollar

British Pound Sterling was the de facto reserve currency before World War II. The crippling war led to the demise of the Pound. The USA emerged a victor from World War II. In its aftermath, it also became the leading economic power and also the owner of 60 percent of the world’s Gold reserves.

In 1944, under the aegis of UN  Monetary and Financial Conference, 44 countries gathered at Bretton Woods, New Hampshire, USA,   to create a new international monetary system. The main goals of the Meet were to ensure a foreign exchange rate system, prevent competitive devaluations and to promote economic growth.

In order to convert currencies, countries settled their exchange rates in US dollars. The US made Dollar fully convertible to Gold at the rate $ 35 per ounce. This Dollar standard agreed to make “Dollar as good as gold”. It made the Dollar the accepted medium of exchange for international transactions. The meet at Bretton Woods also created the International Monetary Fund and the World Bank.

This otherwise seemingly routine happening was to have wide implication for the global monetary system, far beyond what anyone could have foreseen.

Due to the adverse effect of the Vietnam War on the US, its economy became debt-ridden. This saw leading European nations like France, followed by West Germany losing faith in the US Dollar and they started to encash their dollars for Gold. This led to depletion of the US Gold reserves at an alarming rate. To halt this depletion, in 1971, President Richard Nixon decided to delink Dollar from the Gold standard. He pegged US Dollar to the “Floating Exchange Rate”.

Post the 1973 oil crisis, Saudi Arabia and the OPEC countries signed a secret agreement with Washington. This agreement provided that in exchange for Washington’s political and military protection, the OPEC countries would be required to sell oil only in dollars. The petrodollar was thus born, a replacement for the Gold-linked standard.

In international transactions, the US Dollar is the primary currency of trade. Gold and oil are traded in US Dollar. Some international companies like Airbus sell their products even within Europe in the US Dollar because of its value and international acceptance. All nations prefer to invest their surplus in US dollars. US Dollar also remains the world’s foremost reserve currency. Also, developing countries attempt to accelerate growth through an export-dominated economy for which they prefer to sell their exports in Dollars.

Hegemony of US Dollar

Over the years, the increasing importance of US Dollar and its ever-increasing need in the world has made the US print Dollars without 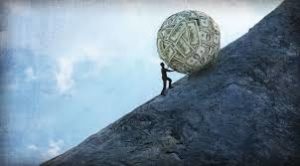 Hegemony of the Dollar (Image Courtesy: The Daily Reckoning)

worrying about its sustainability or credibility, relying on its economic and military might to prop up the US Dollar. It is noteworthy to mention that whereas it costs a pittance to print a $ 100 bill for the US, a foreign country has to produce and export products worth of $100, to earn that $100. This is termed as the “exorbitant privilege” US enjoys.

IMF realised that the over dependence of the world on the US Dollar and to prevent a catastrophe due to a weakening of the US Dollar, created a Special Drawing Rights Basket (SDR) in 1970. In 1978 this SDR had 16 contributing members. Today SDR basket comprises of US Dollars, Euro, Japanese Yen, British Pound and Chinese Renminbi (introduced in 2016). 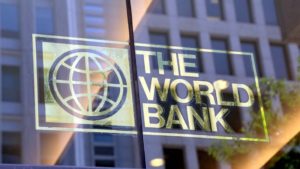 Another reason is the decisive  influence US enjoys in the IMF and the World Bank on the strength of its Dollar. Both these institutions have been seen to deny/ curtail loans or bailouts to nations seeking them, in case these nations don’t adhere to the US-driven terms. This further strengthens the hegemony of the Dollar. Recently, Pakistan applied for a financial bailout from the IMF. The IMF bailout hit a roadblock because of Pakistan’s belligerent stance towards the US in its fight against the Taliban, which led to the US denying a $ 2 bn reconstruction package to Pakistan. To progress the bailout talks, Pakistan changed its stance and has started actively cooperating with the US in organising talks with Taliban. This has softened the US, just as the IMF has also softened its stance towards Pakistan.

The share and the strength of the US Dollar vis-a-vis other currencies is amplified in the IMF data of world currency composition of official foreign exchange reserve (US dollars, millions) given below:

The stability provided by the US Dollar as a store of value and a reliable unit of exchange has made the world dependent on it. On the strength of its currency, the US has resorted to using its fiscal power to assert its supremacy in international security issues.

UN Security Council has used financial sanctions as a tool of international diplomacy. Iran, Libya, Iraq are examples of such UN 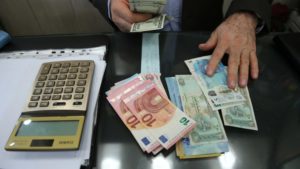 sanctions. To achieve its strategic aims, on the strength of its Dollar, US has unilaterally too imposed financial sanctions, more recently on Iran, Russia, Turkey, Venezuela, Syria and North Korea with varying degrees of success.

US sanctions have not only been restricted to countries but also been imposed on foreign individuals and individual companies under the US Treasury’s Office of Foreign Asset Control Act (OFAC). In 2017, sanctions under OFAC saw a 30% increase from 2016. Under the current US administration, the sanctions are hurting US enemies and friends alike. This is impinging on to the sovereignty of the nations and in each nation, a system to bypass these sanctions are being contemplated and implemented.

Unthinkable a decade back, today the oft used US penalization through financial sanctions has seen countries exploring alternative options to overcome it. In May 2018, Russia announced that it has developed its own system that would protect it from a potential shut out from global financial transfer system – Society for Worldwide Interbank Financial Telecommunication- “SWIFT”. On 30 January 2019, the Instrument in Support of Trade Exchanges “INSTEX” was launched by France, Germany and UK to facilitate non-Dollar trade with Iran, restricted to humanitarian goods. In October 2018, China and Russia agreed to increase bilateral trade in Ruble and Renminbi. India too trades with Iran on a Rupee-Rial agreement for the purchase of crude from Iran. Venezuela has offered to sell oil to India in Indian Rupees. Venezuela has been one of the first countries to launch crypto-currency, the “Petro”, backed by its oil, as a potential alternative currency to US Dollar. It has also asked its oil importing countries to pay for its oil in crypto-currency and offered a 30 percent discount as an incentive. Individuals too are now abandoning US Dollar to park their reserves in crypto-currency. Even barter is being resorted to among nations to bypass US sanctions.

To break the hegemony of the US Dollar in oil trade, China has in March 2018 launched the Shanghai Crude Futures. Since then, it has captured 6% of the world market; a significant growth in its first year. It currently lacks international players but many African and Asian nations are showing a keen interest in trading Oil in Renminbi. This shift in the oil market will have far-reaching implications on the US Dollar and in foreign exchange markets.

Increasing trade with China has witnessed a growing number of African nations invest a portion of their nation surplus in Renminbi nominated bonds. Currency swap agreements between countries are also on the rise to bypass US sanctions. Russia and many other nations are reducing their US Dollar holdings and increasing their Gold reserves, giving rise to the speculation of a return to a monetary system based on Gold standards. 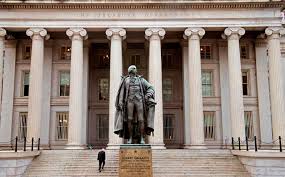 In March 2016, the then US Treasury Secretary Jack Lew cautioned US that sanctions should be “sparingly and wisely used with clearly articulated goals and relief available when objectives are met”. He cautioned that overuse of sanctions could undermine the US leadership position within the global economy and the effectiveness of the sanctions.

The US Dollar has been synonymous with strength, stability and general confidence of the world in the US. Its wide use has given the US the exorbitant privilege to freely print money, increase its debt (presently at $ 21 trillion), exchange dollars for real goods, and remain credible to the rest of the world on the strength of its economic and military strength. The strong position of the US Dollar makes its markets strong and consumption driven, creating a huge opportunity to foreign nations. For emerging economies, export in US dollars is their lifeline to growth. In this situation, all countries will continue to invest their surplus wealth in US dollars, till the time Renminbi or any other world currency gains the confidence of the world to dis-invest from the US Dollar. Till then it can be safely prophesied that the US Dollar will reign supreme.

This puts US hegemony in an unassailable position. Any challenge to its hegemony will see  the US resort to imposing financial sanctions to enforce a favourable bargain. This supremacy of the US Dollar, a soft instrument of (economic) warfare, is definitely worth more than an Aircraft Carrier Strike group or two, that form part of hard instruments of  (military) warfare for the US.

A word of caution here may be apt. Besides the economic and military strength of US, US Dollar too derives strength from the trust the world has on the pillars of its governance namely the free press, independent judiciary, Central Bank and its strong democracy. If any US administration attempts to weaken these institutions, then countries around the world will lose faith in the USA and will this will accelerate the process of de-dollarization in the world.