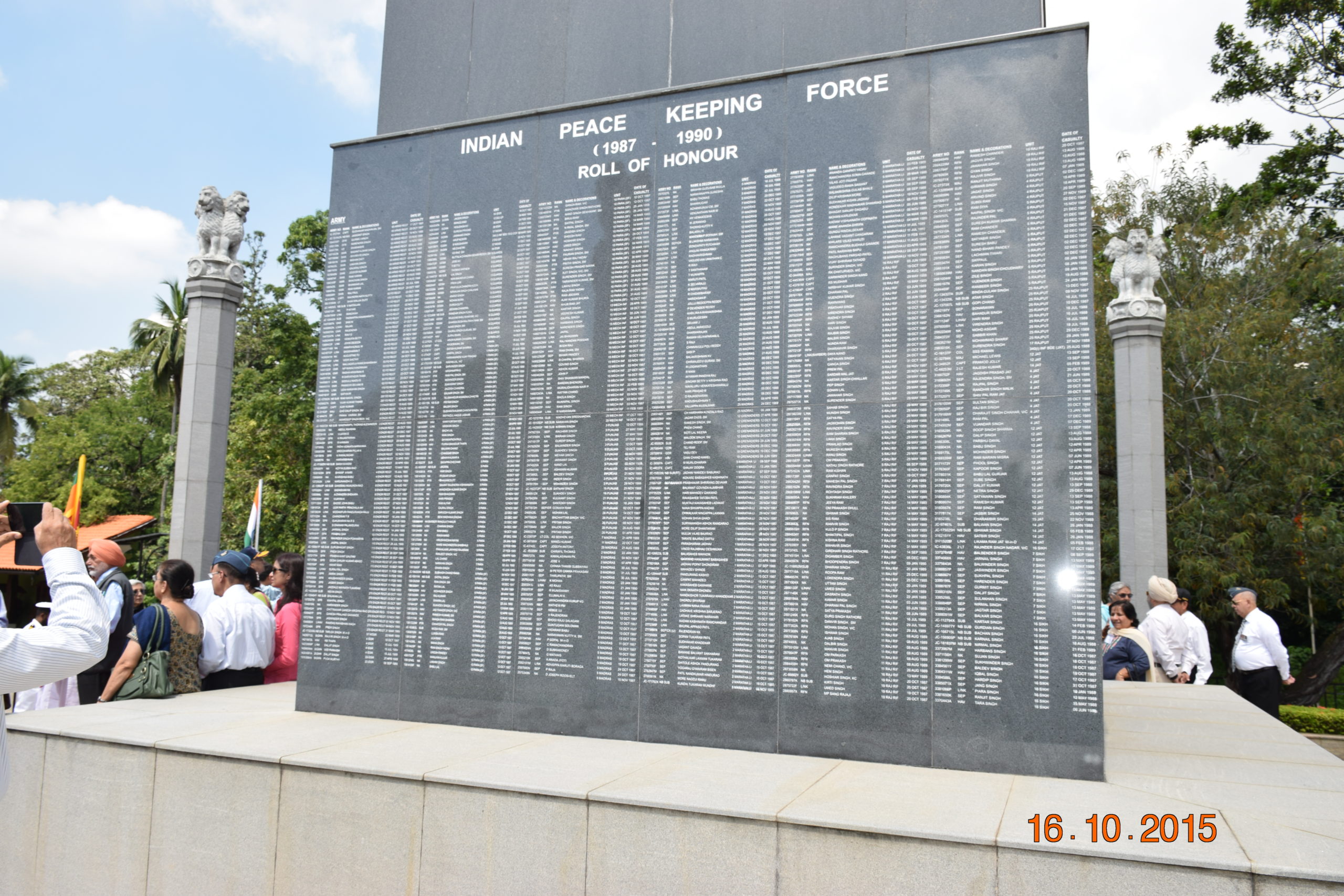 The author’s narrative on IPKF debacle is being published in three parts. For Part I please refer to (link). In this part, the author dwells on the reasons for failure and our tendency to shy away from facing the truth.

Even today, an impartial, intellectual, uncompromised enquiry into the political/ bureaucratic/intelligence/military failures that went into launching off the IPKF is a frightening prospect. Too many fanciful and imagined heroes would fall, their legacies would plummet.

It is in the public domain that at least one Army Commander put in writing against entering the fray, he is still around. What did the minutes of meetings throw up that eventually led to the Indo-Sri Lanka Accord? What inputs and overbearing pressures emanated from Rajiv Gandhi’s PMO? What about the sane and dissenting bits of advice were not entertained? Quite a few of those officers, both military and civilians are still around.

Do recall that ruling Congress party that got a two-thirds of majority in the general elections of 1984, everyone in government was gung-ho about India becoming a regional power with Rajiv Gandhi as Prime Minister. As if, the power could be pumped, like in a balloon. Bofors scam had surfaced in April 1987, the Indo-Sri Lanka Accord was signed in July 1987, which was not endorsed by the LTTE with serious implications that were dismissed by everyone, thus misleading Indians to believe that we were doing it right.

Overconfidence and Reluctance to Learn

Indian experts who scrutinize every word of international accords had too little time to check the draft of the Indo-Sri Lanka Accord and advise corrections for protecting India’s interests. The Accord pushed through finally it was the Armed Forces which provided the last nail as it were, in pushing through the Accord.

This false military bravado augmented the disregard for caution the Accord was signed in such haste that left out the main protagonist, LTTE. That is how we went into Sri Lanka in 1987, eventually totaling one lakh men, and came back in 1990 minus 1200, with a bad reputation that wiped away the honour of all earlier military victories. It would take nine years to resurrect that ‘honour’ on the Himalayan slopes of Kargil. If only all those notes, minutes, comments, dissents, cautionary warnings were available for educating ourselves, there would be invaluable lessons for military and civilian personnel.

In 1987, the IPKF went in with its left hand-tied to its left thigh, impairing swift battle tactics, and yet, as is well documented, at the junior levels the forces proved their mettle with honour. All honour and courage of the IPKF reside at the junior levels. The seniors have written books the juniors made it possible to write them.

What about Lessons for the Bureaucracy?

Do they discuss the political, administrative, intelligence, military failures that made the IPKF and the India-Sri Lanka Accord a debacle, at the IAS Academy in Mussoorie? Do intelligence officers, career diplomats, administrators, financial experts, and historians hold frank and free seminars to ensure we do not get sucked into such a mess again? No. We want the status of regional power. It requires that we deliberate intellectually and thoroughly on matters that impact this region. We have to be capable of introspection and not be afraid to talk about our failures, frailties and infirmities. In the ‘Think Tanks’ that abound in New Delhi, with patronage from government, there are hardly any seminars organised to study failures and blunders in our military as well as the diplomatic decision-making process. It’s always possible to hold interactive sessions, seminars to derive valuable lessons.

Interference and Absence of Seriousness

The first elements of IPKF went in on 30 July 1987. About two months earlier, AN-32s with Mirage escorts had dropped 25 tons of civil supplies in Jaffna, unconcerned that they were violating the air space of an independent nation. The charter for IPKF was to disarm all Tamil groups including the LTTE sadly the IPKF could not do it till the very end.

It was a big failure not because the Indian Army was incapable; it was because the fighting elements of IPKF were not allowed to reach that objective, due to the persistent interference from higher formations. Many soldiers have written about this irritating meddling by those who knew nothing about the ground situation.

The IPKF went in without any genuine intelligence inputs. The intention to intervene in Sri Lanka using Armed Forces was a foregone conclusion as it was being deliberated among government top brass and military leaders for months since no other force could have done it. The Armed Forces were issued warning orders to prepare themselves for the task, and all strategic intelligence was to be supplied by the Intelligence Bureau/RAW, but little came forth.

Our High Commission in Colombo gave no concrete authoritative intelligence about Tamil Groups. The Intelligence Directorate of Army HQ did not have reliable maps/charts for the task. We had months of planning time, we have defence attaches in Colombo along with RAW officers, how did we allow this to happen to an army that had performed so professionally just 16 years earlier in East Pakistan? What and where was the decline? Did no one see it coming? Were warning signals and alarm bells not rung? So many authoritative narratives have been published till now wherein the hindrance generated by interference from New Delhi and Madras led to failures. And sadly it continued till IPKF withdrew.

It was not the real Indian Army. It can happen again if we do not dissect the whys and hows and wherefores of IPKF.  Even today, over 30 years later, it’s possible to begin a study of all aspects of IPKF. The output from such studies will be invaluable to all departments of government, civil or military, and with a CDS in place, it is possible to conduct it efficiently.

(Part 3, the final part of the article, will be published shortly)