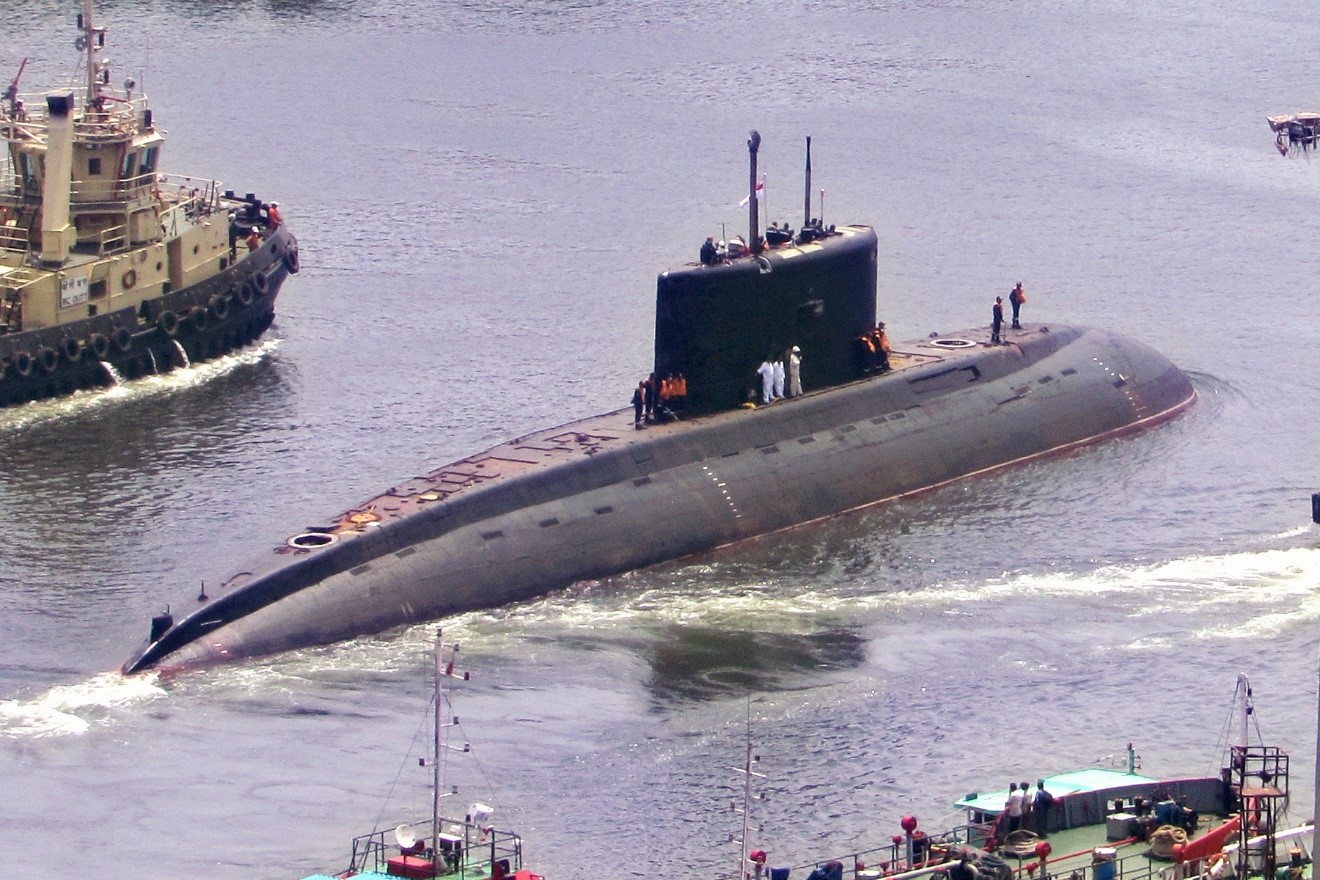 Project 75 (I): Need For Decomplicating Acquisition Of Six Submarines

Indian Navy’s 30-year-old plan to induct 24 submarines has faced enough hurdles and delays along its run-up so far. With the six submarines under Project 75 nearing completion, the follow-on contract for the next six has run into problems on the issue of Air Independent Propulsion (AIP). The author analyses this issue and offers a solution.

The Indian Navy’s (IN) Project 75 (I) to build six diesel-electric stealth submarines in India at an estimated cost of Rs 43,000 crore received a setback on April 30 when France’s Naval Group (DCNS) opted out of the race. It was one of the five foreign companies shortlisted by the Ministry of Defence (MoD) as potential technology collaborators with two Indian shipyards shortlisted for building the submarines in India.

Explaining the reason, Laurent Videau, Business Development Director for India and Thailand, reportedly said, “the present RFP requires that the fuel cell AIP (air-independent propulsion) be sea proven, which is not the case for us yet since the French Navy does not use such propulsion system”.

The AIP technology enables conventional non-nuclear submarines to stay underwater for over two weeks without surfacing to recharge their batteries, making them more efficient than the traditional diesel-electric submarines which must surface every few days.

IN’s 30-year plan to induct 24 submarines by 2030 was approved by the Cabinet Committee on Security (CCS) in 1999, but it was only in 2005 that the first contract for building six Scorpene conventional submarines in collaboration with DCNS (now Naval Group) was awarded to Mazagaon Dockyard Shipbuilders Limited (MDL) under Project 75.

While the last of these submarines is scheduled to be commissioned next year, the follow-on contract for building another six submarines under Project 75(I) is now facing headwinds because the MoD decided to acquire the submarines on a competitive basis under the Strategic Partnership (SP) model and the Naval Group’s decision to opt-out of the competition at a belated stage.

Introduced in 2016 by MoD, this model was intended to ‘institutionalise a transparent, objective and functional mechanism to encourage broader participation of the private sector, in addition to capacities of DPSUs/OFB, in manufacturing of major defence platforms, which included submarines, fighter aircraft, helicopters, and armoured fighting vehicles.

The SP model envisages parallel shortlisting of foreign manufacturers whose products meet the armed forces’ requirements and the Indian companies who could tie up with the former to make the product in India as prime vendors. The process of shortlisting the foreign and Indian companies is cumbersome and potentially contentious, but to its credit, IN managed to complete these processes without much difficulty.

The foreign companies shortlisted for Project 75 (I) were Naval Group (France), ThyssenKrupp Marine Systems (Germany), Rosoboronexport (Russia), Daewoo (South Korea), and Navantia (Spain). As for the Indian companies, in a move that surprised many as it was not in keeping with the spirit of the SP Model, MoD shortlisted state-owned Mazagon Dock Shipbuilders (MDL) alongside the private sector conglomerate Larsen & Toubro (L&T).

Be that as it may, the Request for Proposal (RFP) for six submarines was issued to the two Indian shipyards last July, specifying that they could tie up with any one of the shortlisted foreign companies for the project. The bids were to be submitted by December 2021, but the deadline has been extended to June 2022.

The date for submission of bids was apparently extended because the Indian companies could not finalise the tie-up with the shortlisted foreign companies before the original deadline. This was probably because of the latter’s discomfort with the RFP conditions, as is the case with the Naval Group.

According to some unconfirmed reports, Navantia too has similar issues with the RFP, ThyssenKrupp is uncomfortable with the requirement of indigenous content in the submarines and the extent of liability of the foreign partner, and Daewoo wants some changes in the RFP conditions. None of these is good news as it is procedurally cumbersome, though not impossible, to make changes in the RFP. This leaves only Rosoboronexport (ROE) in the game.

Even if ROE can meet the AIP and other RFP conditions, the shortlisted Indian companies may be wary of tying up with it in the face of the mounting pressure on India from across the world to at least scale down the defence dealings with Moscow whose brutal and unjustifiable offensive in Ukraine has shocked the world and put India in a tight spot. Besides, the prospects of being sanctioned by the US and its NATO allies are too real to be ignored.

Some analysts are of the view that India may be able to persuade at least one foreign company to remain involved in the project, but they also fear that since in this situation only one of the two Indian companies will be able to tie up with the former and respond to the RFP, it will result in a single vendor situation.

Theoretically, it is possible to go ahead with this, or any other, project even in a single vendor situation, but for doing that MoD will have to convince itself after internal deliberations that the competition cannot be broadened by modifying the specified requirements, notably the need for the AIP system. The result of such an internal deliberation cannot be foretold.

At any rate, the situation that has come to pass points to the age-old problem of the services formulating unrealistic and ambitious specifications or, to use the formal jargon, Services Qualitative Requirements (SQRs). Prima facie, it also points to some error on MoD’s part in shortlisting the foreign companies.

The procedure prescribed for the SP model requires MoD to issue a Request for Information (RFI) to the foreign companies which can potentially meet the armed forces’ requirement to, among other things, elicit the information required for finalising the SQRs. Thereafter, an Expression of Interest (EOI) is issued to them detailing all requirements, including the range and depth of technologies to be transferred to the production agency in India.

It is inconceivable that while responding to the RFI, and later the EOI, all the five shortlisted companies misrepresented that they possessed sea-proven AIP technology. That being the case, it is unclear why the companies which do not have sea-proven AIP were shortlisted and why this requirement was included in the RFP. One of the main purposes of an RFI is to elicit all manner of information from the prospective suppliers that help in formulating a viable acquisition proposal. Evidently, it did not happen in this case.

Meanwhile, Defence Research and Development Organisation (DRDO) has developed a modular AIP system that can be integrated with any conventional submarine, including the submarines already built under Project 75,  though it may take some time to complete the trials and testing required to prove the seaworthiness of the system. This queer the pitch for Project 75 (I) as it is the government’s policy to give preference to indigenous products over foreign products.

This rigmarole could be avoided by giving the follow-on contract to MDL for another six conventional submarines. The shipyard now possesses the necessary expertise and infrastructure which will go to waste if it does not bag the new contract. These submarines could later be upgraded by installing the AIP system. But, having shortlisted another Indian company for project 75 (I), it is too late -and will be unfair- to exercise this option.

A more practical way to resolve the issue could be to amend the RFP by deleting the requirement for AIP altogether and making such other changes as may be acceptable to all concerned. Thereafter, another chance could be given to the Indian companies to negotiate tie-ups with the shortlisted foreign companies and bid for the project. The RFP should, however, stipulate that the foreign company will be required to extend all support to the selected Indian company at a later stage in upgrading the submarines with DRDO’s AIP.

Moving forward, MoD should also consider de-complicating the projects which entail manufacturing of foreign-origin equipment, weapon system or platform in India. It is far simpler to invite foreign companies to tie up with any Indian company of their choice and manufacture the equipment in India. This is what the ‘Buy and Make’ category, rechristened Buy (Global – Manufacturer in India) in 2020, was all about.

The method suggested above was adopted for the first time in the Indian Air Force’s Avro replacement programme. Last September, MoD awarded a ‘Buy and Make’ contract to Airbus Defence and Space S.A., for 56 C-295MW transport aircraft to replace the ageing fleet of Avro aircraft that were procured in the 1960s. Under the contract, Airbus is to supply 16 aircraft in a fly-way condition and make the remaining 40 in India in collaboration with Tata Advanced Systems Limited.

It is pointed out by some critics that this model is not apt because it took almost a decade for MoD to award the contract. True, but it was not because of any inherent procedural complication. It is always difficult for the bureaucracy to do something new for the first time. But now that a precedent has been set, the second time around it should not take that long. More importantly, delays are mostly on account of MoD’s and armed forces’ inability to take bolder and quicker decisions. This malady is independent of the category under which an acquisition proposal is processed.