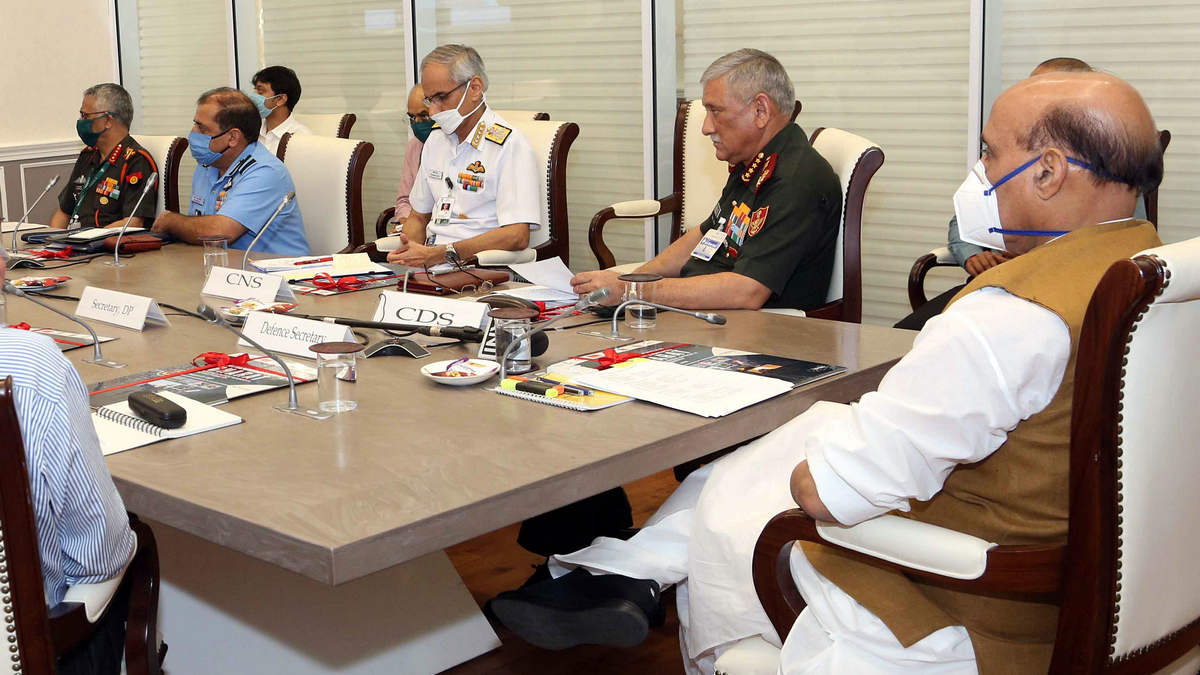 Chief of Defence Staff Gen Bipin Rawat, along with the three service Chiefs, Adm Karambir Singh, Air Chief Marshal RKS Bhadauria and Gen MM Naravane will brief Defence Minister Rajnath Singh on a roadmap for the creation of the proposed theatre commands for the Indian military on Thursday before the draft is sent to the Prime Minister’s Office (PMO), informed sources have indicated.

The briefing to the Minister comes close on the heels of two meetings of the Chiefs of Staff Committee (CoSC) over the past fortnight. Gen Rawat, in his capacity as the permanent Chairman of the CoSC is steering defence reforms that the government wants to implement in a time-bound schedule. Gen Rawat was appointed India’s first CDS in January 2020. Simultaneously, a Department of Military Affairs (DMA) was created to provide jointness at the apex, and integration of the three services.

The creation of theatre commands has been under discussion and study for the past six months. Respective Vice Chiefs of the three services were entrusted to submit a feasibility study. According to available information (https://bharatshakti.in/indias-higher-defence-reforms-on-track/), the DMA has proposed the creation of a Maritime Theatre Command, two integrated commands for our land borders, over and above a Northern Command. In addition, there would be one Air Defence Command, as has been reported extensively already.