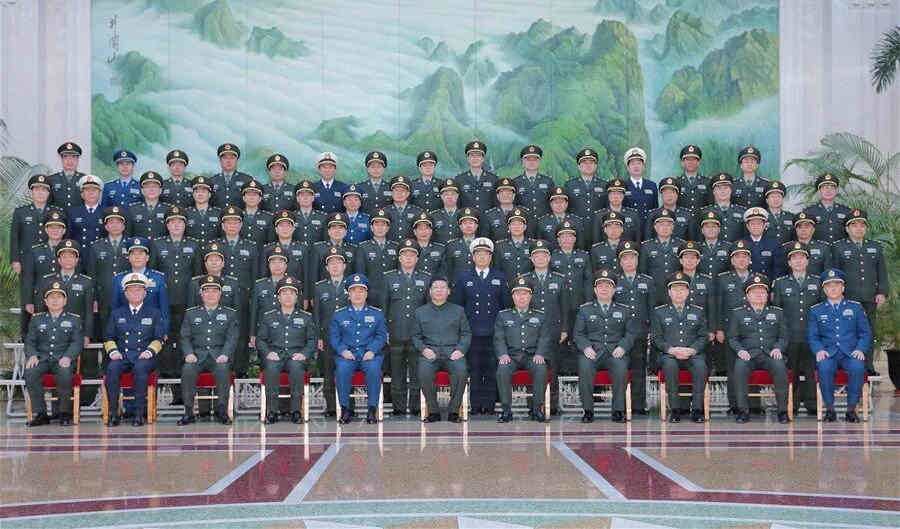 If ever there was an award for the most oxymoronic name ever given to an entity, it has to be the People’s Liberation Army (PLA). A motley crew of illiterate peasants forced against their will into serving the Chinese Communist Party (CCP), the PLA has never been a ‘liberating’ force. In fact, what it does is just the opposite. Xinjiang’s Uighur concentration camps and Tibetans being ethnically cleansed in their own land are good examples why neither the epithet ‘Liberation’ nor ‘Army’ suits these goons in uniform. Not only within China, they have been a disgrace outside too.

The United Nations (UN) mission in South Sudan hired an investigative team from outside to find out why several female aid workers had been raped and some locals killed in Juba on 17 and 18 Jul 2016. What was more worrying, the camp was being guarded by the PLA peacekeepers. What the team found was truly shocking. In their written report, they concluded that the Chinese had just run away, leaving their weapons and equipment. Instead of protecting civilians as part of their mission, these well armed thugs vanished into thin air. Poof! Their cowardice led to the mass rape of female aid workers in Juba by both armed militia and South Sudanese soldiers and death of a local journalist. The most embarrassing moment came when two PLA soldiers were also killed in their attempt to flee the camp. PLA peacekeepers generally  have been one of the most indisciplined and unprofessional soldiers in all the UN missions. Their lack of proficiency or civilised behavior is tolerated by other members due to China’s deep pockets. But in this case even wads of dollar bills could not save the Chinese army from this humiliation.

PLA’s war record is far from unblemished. In fact, during the few engagements that it fought in the Korean peninsula or with Russia and Vietnam, PLA barely managed to save its skin due to its sheer numbers . In fact, in the latter two engagements they were licked badly by the Russians and Vietnamese. A thoroughly politicised force where the local commissar holds a much stronger position than the military commander, their main aim is to create a false narrative of being one of the most professional armies in the world. For this they depend heavily on slick production qualities and crude language of their comrade-in-print Global Times.

Sneakiness is PLA’s major weapon. Since they cannot face a tough adversary face to face, they usually resort to siding up to them, and ever so slowly take a shot below the belt and scurry for cover. This is a more subtle way of saying that they have no stomach for a fight. However, their politicisation has had an adverse effect on China’s international standing. PLA came into its own in the ‘battlefield’ of HongKong. Peaceful and unarmed protestors, their enemy of choice, were bombarded with tear gas and hit with batons. News reports also talk of shots being fired. PLA loves these scenarios where it can brutalise with ease. Combined with Xi’s aggressive tone against Taiwan and nations bordering the South China Sea, especially when every country is dealing with the Wuhan virus, a large number of nations are coming to terms with the deceitful nature of China’s peaceful rise.

The political understanding between the leaders of India and China, at the exclusive summits of Wuhan and Mallaparam and a number of meetings on the sidelines of multilateral meets had cemented the trust between the two countries. But the unilateral actions of PLA, especially under the leadership of General Zhao Zongqi who is willing to go to extremes for his vice chairmanship of the Central Military Commission (CMC) have put the regional balance under considerable strain. Xi Jinping understands that India will not part with an inch of its sovereign territory. It did not let the PLA ride roughshod over Bhutan, let alone its own territory. This was the reason why Xi wanted peace with India. However, the PLA’s misadventure may turn costly for Xi’s position within the party. Xi and his premier Li Keqiang have already had a go at each other over the economy and the setting up of a target GDP for the next year. The tremors which could overthrow Xi are already shaking up his control over the party. The current actions by the rogue PLA might just accelerate his fall.