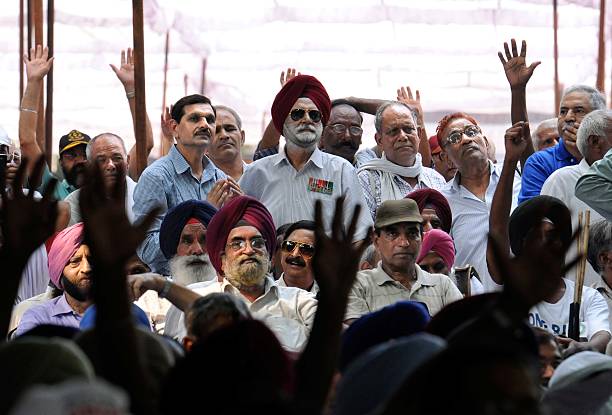 Off late a section of the veteran community has been strident in its demands on various issues of pay, perks and pensions, as also interse status of the military personnel vis-à-vis their civilian counterparts. It has led to prolonged street protests that have continued in spite of the Indian citizen being quite tired of it. The author offers social media platforms as an alternative medium of protest that could perhaps aid faster dissemination and greater influence should the messaging be carefully crafted and properly timed.

As per available data, India presently has over 350 million smart phone users, with numbers growing rapidly. Thus, as the nation through 2019, the figures would be possibly around 400 million. This implies that almost every household would have at least one smart phone. Social media is now available in every language and the existence of groups in every stratum of society makes it a very effective tool. Social media, a low priority communication outreach tool till very recently, has now become an essential element as it has power to influence minds, impact vote banks and change fortunes of political parties. 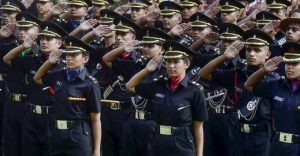 Governments can be checked and warned for non-performance. Rejection of justifiable demands by the government can lead to widespread criticism on social media impacting vote banks, if correctly timed. It can also be employed as an alternative to protests. Protesting in public areas, causes inconvenience to residents and can be damaging in character, if prolonged. It may make headlines in the initial phases, but is likely to be largely ignored, thereafter.

The recent veterans’ agitation which was forcefully closed by the Delhi police at Jantar Mantar, had outlived its utility. There were disagreements within the leadership and it had lost popular support as its initial agenda had been met. There was a feeling that the veterans were now dragging their feet.

This was because the leadership had failed to convince the public on the logic of why their demands were justified, the impact on a veteran, who was left to fend for himself, without government support after giving the best years for the nation. Continuing the agitation in any alternative ground or even surrendering medals may not recreate the desired impact. Hence, the veterans’ agitation needs to shift to another platform – social media.

Social media needs to be the platform which should form the future of the armed forces veterans’ protests on OROP and degradation of the services. Why should veterans protest at Ram Lila Maidan, where the charges per day are high and the area is invisible to the government? Why should they open themselves to be insulted by the police and thrown out of the protest venue, solely because the government seeks to break their movement? It will also break the existing shackles of media blackout which the government imposes on veterans’ protests.

There are other benefits which should also be considered. Presently there are hundreds of thousands of social media groups, involving veterans and the serving, which could be easily tapped for spreading relevant messages. These groups break rank, service and geographical barriers, making them an ideal medium to exploit. Groups generally function in Hindi and English as these have been the medium of communication within the service.

Facebook and WhatsApp are the two most popular mediums connecting the mass of veterans across the nation. Instagram and Twitter are limited in scope, but effective in tapping national support from the youth, as it is more frequented by them.

Many veterans are also members of family groups on social media, others being non-military personnel. Thus, messages impacting OROP, degradation, denial of rights etc., would automatically be spread across a large section of the populace. A continuous movement of correctly worded and timed messages would create support from the nation.

However, if such a strategy is adopted, then it would need to be carefully crafted and designed. The messages should aim not for providing benefits to any political party, but for projecting broken promises made by successive governments, explaining the need and justification for the demands and requesting for national support. The flow should neither be sentimental nor rage, but a factual narrative of governments’ actions that have goen against the armed forces.

Thus, there would be a need to create a core group, capable of identifying issues, defining priorities and then handling them at a steady pace. Overloading of data is equally detrimental and should be avoided. Inputs should be understandable by the common Indian, whose support the community desires.

There is simultaneously a requirement of monitoring social media for fake messages being planted by inimical sources seeking to side line main issues. 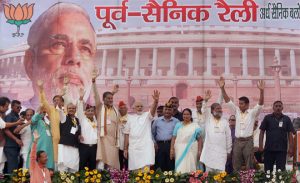 Any political party only reacts if its vote banks are threatened. The present government gained veterans’ and serving fraternities support post the Rewari rally, wherein a cluthch of promises were announced, only to be mostly ignored, while a few were partially implemented. The governments have been able to adopt this measure because the veterans have never been a combined political force to impact vote banks. The veterans’ movement is Delhi based, hence impact across the nation has been limited.

If the community must be effective and compel the government to act, then it must become a force to be reckoned with. It needs to adopt means to enhance its support base while remaining apolitical. This can best be achieved by employing social media as a tool. The faster we create this base, the faster the government will act. Let us remember, that military veterans are the only community amongst all central services veterans who have a close bonding irrespective of rank or service.