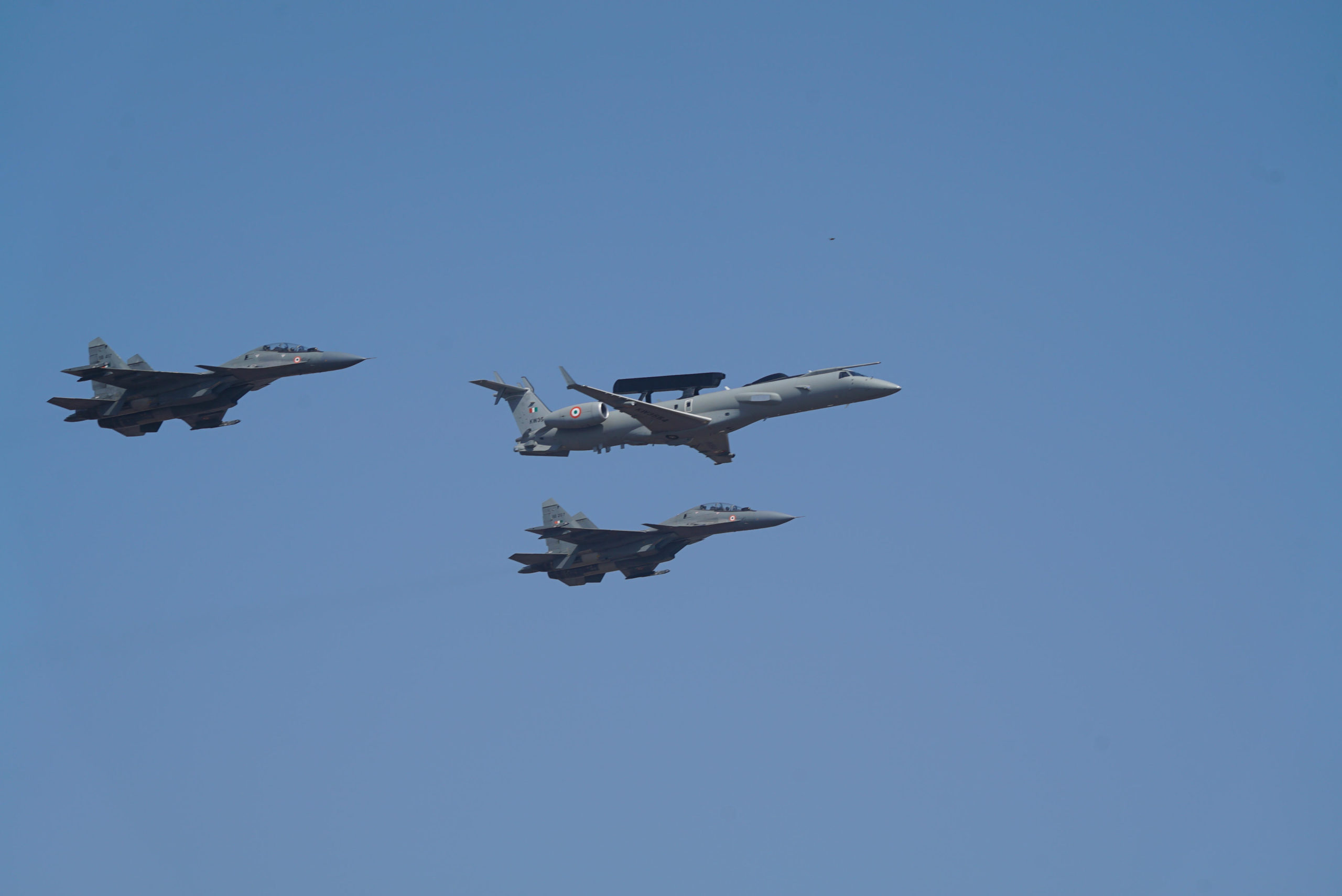 The state of the Indian economy as reflected by India’s GDP growth amounts to 4.8 per cent in 2019-20. The projected GDP growth, as per IMF, of 5.8 per cent for 2020-21, coupled with the rise in fiscal deficit to 3.8 per cent, has constrained the Government from enhancing the allocations for the Ministry of Defence.

The increased allocations to socio-economic sectors for boosting economic growth and on development of infrastructure had a bearing on the defence allocation. There is only a marginal increase in the defence budget allocation from INR 318,000 crore in Financial Year (FY) 2019-20 to INR 337,533 crore for FY 2020-21.

The allocation for the revenue head continues to be more than the capital expenditure. Revenue allocation is essential for the maintenance of the weapons, equipment, transport and ammunition for the smooth functioning of the armed forces, apart from repairs, overhauls and procurements for the recoupment of stores and reserves.

The largest increase in terms of budgetary allocation for capital expenditure is for the IAF of INR 3979 Crores followed by Army at INR 3531 Crores. The Indian Army has committed liabilities for the pending procurements of artillery gun systems, rifles and ammunition. IAF has liabilities for the acquisition of aircraft, both from HAL and abroad.

Closer scrutiny of the allocation of the capital expenditure, reveals there is an enhanced share for aircraft and aero engines, for all the three services from FY 2019-20 to FY 2020-21 apart from their core acquisitions of weapon systems and naval fleet.

The Indian Armed Forces need to continue their modernisation to meet the growing challenges in the neighbourhood but the performance on the key economic parameters, will not allow for greater budgetary support in the next financial year(s).

Some long in the pipeline reforms such as enhanced FDI for Defence manufacturing, IPR protection and Defence SEZs will bring in more commitment of investment in defence production.

A two-pronged pragmatic approach could hold the key for meeting our security challenges.

At the strategic level of international relations – by forging alliances with partners who hold a stake in the Indian sub-continent and the Indian Ocean Region. The Quad in the Indian Ocean Region is one such welcome move, apart from securing naval berths in the friendly nations from Vietnam and Indonesia in the East to Qatar and Seychelles in the West, to counter the growing Chinese influence in the region buttressed by Chinese investments and OBOR.

The second approach involves a more pragmatic approach to continue modernisation of the Armed Forces by way of greater participation of the private industry through reliance on making in India and also assembling in India.

This initiative has given proven results in terms of faster induction of patrol vessels for Navy, K9 155mm guns for the Indian Army and large number of key systems including airframes for LCA being sourced from the private industry moving forward, the shortlisting of L&T with MDL for the P75I project as a Strategic Partner, displays the growing confidence in their capabilities.

There need to be more such partnerships of the Public and Private Sector, to meet the shortfalls in the budgetary allocation to fill in the wide gaps of technology, capital and to broad base the defence production in the country.

With the creation of the office of Chief of Defence Staff and the enhanced powers of procurement to the services, it is hoped that the three wings of India’s armed forces may operate in synergy in terms of defence spends, both for capital and revenue expenditure. India’s security concerns mandate a strong army, navy and air force where the three wings work cohesively for maximum tactical and operational efficiency.