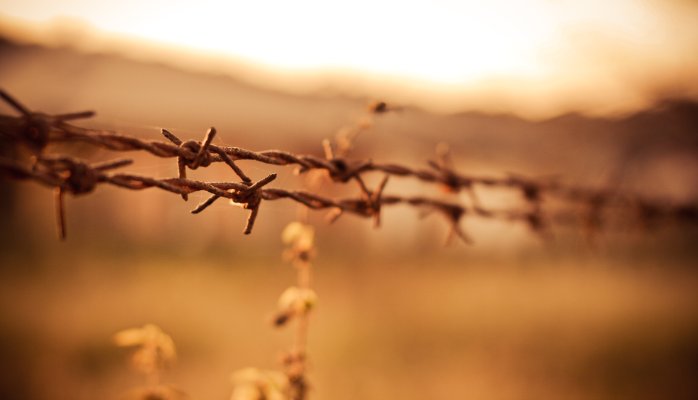 Introduction
Technology has been at the forefront of India’s external security management, both in the civil and military domain. Indian expertise in utilisation of satellite technology for coverage of overt and covert communications of its adversaries, both state and non-state actors, gave governments of the day more time to respond to threats and challenges. From a single agency acting as a pioneer in using satellite technology for security purposes, today we have several government agencies using this razor sharp methodology to meet their organizational and national requirements. The stage is now set for exponential growth in this field.

Technology as a Force Multiplier
Dominance through technology must obviously become a precursor for effective management of India’s complex internal security environment. Technology is a force-multiplier of enormous proportions and possessing the potential to counter next- generation threats to national interests and objectives. The internal security environment in India is fragile and has witnessed serious threats and challenges regularly since independence. Home grown challenges and threats from across the international borders have taken different shapes, be it ethnic insurgency, militancy, and terrorism that have destabilized the environment.

There are other non-traditional threats that require constant attention, especially those targeting critical infrastructure, social and community harmony and supply chain operations. The list appears endless. The battle ground, for containing this situation, is being fought pan-India on a daily basis. 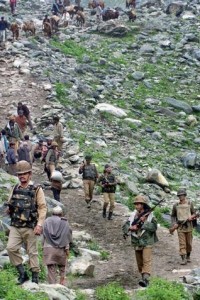 Experts have lamented that the response of the state governments to escalation in facing challenges is weak, ill-directed and often without major results. Lack of planning and foresight is being attributed to ad-hoc policies. Very little seems is being done by the state governments to redress the situation. Instances of glaring neglect of human intelligence, frequent transfers of senior officers, low priority accorded by political brass for combating insurgency are a legion. The situation is far from satisfactory.

Revolution in Police Affairs (RPA)
Time has come for the internal security managers to come up with a holistic document that reflects a revolutionary thinking in dealing with next generation threats and challenges. The call of security managers should go beyond the traditional club of police, intelligence and security professionals and include others who are often called upon to deal with administrative and financial aspects. Civil society and technologists must also form part of the decision making apparatus and technology will have to be at the heart of present and future security programs.

Vision and determination is absolutely important since such technology could even be beyond the existing legal provisions requiring legislative action. The National Cyber Policy-2013 and the National Telecom Policy are two important documents that provide security managers a grasp of measures that are enforceable.

State governments as first responders:
Ideally, the focus should be on strengthening the state police forces. Law enforcement in all its manifestations must be at the fore-front with emphasis on countering conventional and non-conventional threats. After all, it is the state government through its police organization that is the first responder to law and order threats.

Need for Scientific Advisor to Home Minister and other Concurrent Measures 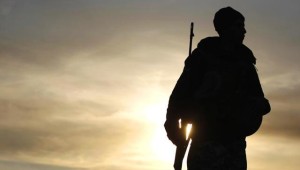 The first major step is to create a post of Scientific Advisor to the Union Home Minister, who like his counterpart in the defense ministry, will look at all relevant aspects. We need to raise a National Academy of Intelligence that will be the apex training institution and a centre of excellence. Each state must be encouraged to create a Police University for meeting its specific needs. A special method of recruitment of Short Service Commissioned officers of the services, into the central armed police forces and others is essential to meet the human resource gaps.

Use of air assets, fixed and rotary winged aircraft and unmanned aerial vehicles (UAV) for surveillance and combat role, satellites for C4ISR role require immediate attention. The present recruitment pattern needs a review. New standards to attract the right talent for the complex and specialized functions of the police forces need to be devised and attractive remuneration packages offered. 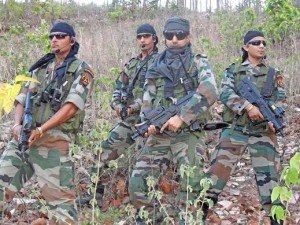 So far, baby steps have been taken in using technology as an important tool for use by the counter-insurgency establishment. The National Centre for Excellence in Technology for Internal Security (NCETIS) at Indian Institute of Technology (IIT-Bombay), in conjunction with the Union Home Ministry, is looking at various technology solutions to meet conventional and non-conventional threats. It is also being viewed as a future technology brain-trust for the Ministry of Home Affairs on the lines of Defense Research and Development Organization (DRDO). NCETIS has an interesting mandate and fulfillment of its mandate may take more time. The National Institute of Information Technology (NIIT) is hand holding the Border Security Force (BSF) in its Rs. 220 crore communications upgradation projects. The Central Reserve Police Force (CRPF) is also using the NIIT to meet its technical requirements.

Status of Cyber Security
Anxiety has been expressed over the inadequacies in cyber security and information technology in the central armed police forces, especially in the border guarding organizations. The situation is equally true among other central agencies and particularly in the states. According to a former Additional Director General of BSF, the BSF is “completely lacking” in the above field and “cyber threats” to BSF communication in “border areas continue to persist”. A similar situation is likely to be encountered in sister-organizations.

The advice of the National Security Adviser (NSA) to the BSF to increasingly adopt technology for its operational work is both timely and instructive. Intelligence analysts have repeatedly emphasized the urgent need for improving information warfare capabilities to ensure safety and security of our communication network. Similarly, special emphasis is required on skill development for handling technology solutions in internal security management. The dangers of any of our security forces being compromised by information warfare attack is a development that we must seriously take cognizance of. 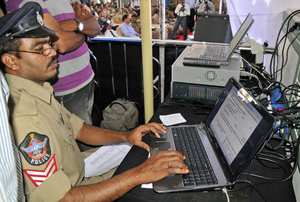 The corporate sector today can provide solutions to most requirements of our security establishments, both central and state. This needs to be harnessed. Role of industries in building capacity must be given enhanced importance. Expertise could be sought particularly in creating a state of the art training infrastructure, developing solutions for security operations, especially for the coastal security, cyber security and forensics, industrial security and skill development. In conjunction with “Make in India” and “Digital India”, there is also the need for the government to encourage and finance “startups” in this field given the vast contribution they can make. Finally, small and medium entrepreneurs need to be incentivized to participate in this activity. They are a lot that is primed and ready to take a leap. The government needs to put in place mechanisms to incentivize them, without diluting accountability.

The most urgent requirement though is to strengthen the mechanism in the states facing the brunt of threats.