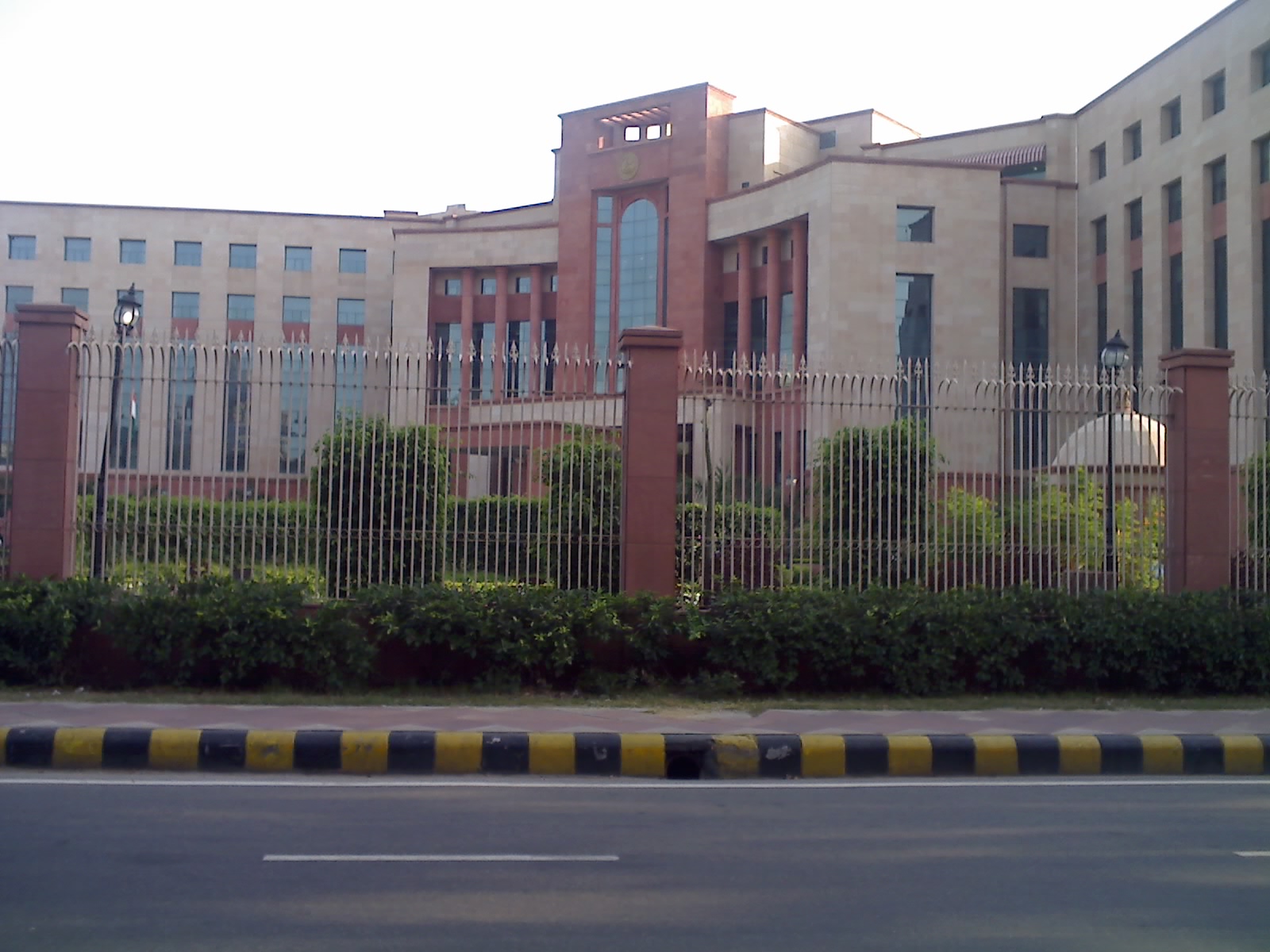 Redefining DRDO to Create, Innovate and Make in India

DRDO’s vision and primary mandate is to establish a world class science and technology base; a task it has been doing so far and will continue to pursue tomorrow. Some of the goals of the Make in India initiative, such as fostering innovation, protecting intellectual property and building best-in-class manufacturing infrastructure are relevant to achieving self reliance in defence hardware, and reinforce DRDO’s objectives. However, what will happen if the accent remains only on manufacturing of high technology defence hardware in India by Multi National Corporations (MNCs)? What must DRDO’s role be if the Make in India (Defence) strategy is to ensure long term security of the country? How are such major objectives to be achieved? An analysis of the issues would be better served by reference to a few illustrations, and certain examples from the area of critical materials.

If defence hardware is manufactured in India, no matter where the technology is sourced from, it will surely reduce our expending foreign exchange since a large percentage of our defence hardware is imported. It will also bring new technologies to the country, thus giving our armed forces a chance to possess equipment based on cutting edge technologies. Furthermore, it would expose our industrial workforce to sophisticated machinery and best manufacturing practices. If the companies manufacturing large platforms like aircraft, submarines, tanks, gas turbine engines source components or subsystems from Indian companies, further gains can be realised.

The problem that arises in the above model is, though indigenisation of production would be achieved, it may not ensure self-reliance beyond the short term. The reasons are ample. To state a few, it’s possible that multinational companies that set up production base in India may decide to pull out suddenly because of (i) poor market worldwide for the given product, (ii) takeover of the company by some other establishment with different business priorities, or (iii) souring of relations with the concerned countries because of issues like testing of weapons, instances of terrorism etc. Secondly, if there is no competition within the country, the product may be offered at an exorbitant price making purchase unviable for Indian defence forces. In such a case, purchase from sources abroad will be necessary, thus bringing us back to the starting blocks once again. Further, exports to India can be terminated suddenly by leading manufacturers abroad for whatever, as it happened recently in the case of the critical metal – Tungsten.

Thus, it is imperative for meaningful self-reliance in manufacture of defence hardware, to have control over the intellectual property rights on the technology. This is where DRDO comes into the picture. DRDO has demonstrated its capabilities in designing and developing aircraft, missiles, tanks, armaments, radars, early warning systems, devices and various advanced materials to support the systems. However, in spite of these, delays and non-compliance with user specifications have often been the case. Limited success in terms of productionisation, acceptance and assimilation of systems within the Services has lead to frequent imports.

Among the many reasons for delays which occur in delivery of systems and components is the confusion in the role of DRDO in meeting the requirements of the armed forces of the country. DRDO is the premier defence science and technology organisation of the country, with its motto being ‘Balasya Moolam Vigyanam’ – Science and Technology are the Foundations of Strength. However, often DRDO is expected to produce simply because the volumes required are too small for commercial production or because the product has not fully stabilised. At times, limited production is needed to sensitise the market and convince users as well as potential manufacturers about the quality and techno-commercial viability of the technology or the product. However, carrying out regular production runs counters DRDO’s basic mandate. 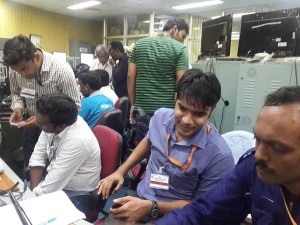 Further, if the scientists of DRDO, expected to focus on technology, are also to be preoccupied with production and related logistics issues, they may become more like factory managers, losing grip over science and technology, and may not be able to pursue futuristic technologies. Deeper interactions with academia to acquaint themselves with emerging sciences and then directing basic research towards future technology developments could also become mirages.

If DRDO must undertake production or related activities, it should have multiple cadres whose career progression criteria are specific to their job profiles. A laboratory scientist expected to work on futuristic science and technology cannot be assessed using the same yardsticks as those utilised for judging the performance of someone working in a centre engaged in serial production or managing crucial assets for a sensitive project. By having different career progression schemes, DRDO’s employees will better perceive what they are expected to do, leading to greater job satisfaction and enhanced output, both qualitatively and quantitatively.

Long term sustenance of any government programme needs mechanisms that safeguard our core interests. If mechanisms that facilitate involvement of small and medium enterprises in the development process and medium and large enterprises in production are introduced, we can expect synergistic interaction between the strengths of DRDO, i.e., creativity and innovation, with those of industry viz. availability of production facilities, experience of regular production, quality control, marketing etc. Canada runs the Industrial Research and Assistance Programme that identifies industry problems and locates R&D experts in labs and academia. It funds projects that solve industry problems, thus making research very industry-relevant. Similarly, the Ministry of Defence can facilitate projects and programmes in which the armed forces are connected with suitable laboratories of DRDO in partnership with industries to establish required technologies or to develop products. The joint teams will share successes as well as failures. There have been instances, particularly with respect to Indian Navy related projects, steels for surface ships being an example, where the goals and timelines were clearly known and DRDO/Steel Authority of India Ltd teams lived up to the quality and delivery expectations of the programmes. 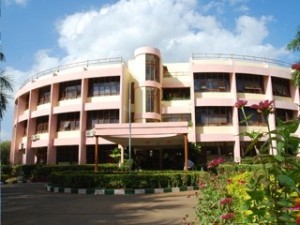 Another important point relates to nurturing capacities that have been created based on technologies developed by DRDO. It’s incorrect to expect industries which manufacture DRDO developed products in a small and uncertain market to compete globally right from the beginning. If not nurtured in the initial phases, these industries will most likely revert to producing mundane and commercially lucrative items. Many years of R&D will be lost. For example, Titanium Sponge Technology has been commercialised recently on a small scale by KMML, a Kerala State PSU under funding from ISRO, based on technology developed by the Defence Metallurgical Research Laboratory over a period of 25 years. The company produces the critical metal Titanium that is used in aero engines as well as airframes, and whose prices fluctuate in the international market. India must sustain this technology to safeguard its programmes, while simultaneously looking for ways to make it commercially attractive. The Ministry of Defence needs to have strategic partnerships with other ministries and departments that play the pivotal role for these industries. Similarly, DPSUs that are uniquely positioned to produce certain hardware need to engage themselves in such technologies or their derivatives without being overly concerned about the bottom line. HAL e.g., needs to produce high temperature material precision castings for our aero engines even if the requirements are small at present.

A related issue is that of providing initial funding to set up pilot scale or full scale industries for production of critical products. More often than not, the initial requirements of the services are not large enough to make production commercially viable, and justifying investments in immovable property and equipments becomes difficult. There are situations where the labs have the technology, companies are interested to produce and even improve technology, but are reluctant to invest in machinery in the absence of a large and sustained market. In such cases, funding of special purpose vehicles by the main user departments becomes necessary. The contractual terms should be so as to promote industries in taking up production rather than earning profits for the government. Fortunately, there are good examples of special purpose vehicles being set up by ISRO and Department of Atomic Energy for critical material production, and DRDO may emulate the model to their advantage. Micro, Small and Medium Enterprises (MSMEs) have also demonstrated their innovation potential in various fields such as autonomous systems, network solutions, cyber security, micro air vehicles etc. and there is every reason to treat them as innovation partners and not just production partners in future.

In short, clear definition of system requirements, forming joint teams between armed forces, DRDO and partner industries and introduction of special business practices are needed to pursue critical hardware production even if it is not commercially viable. Large volume production to meet global needs will follow. It is to be noted that investments in manufacturing typically get returns on the scale of percentages, while those in creativity and innovation get benefits which can be multi-fold and last longer, albeit with longer incubation. 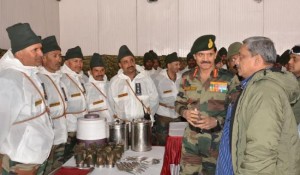 A country which wants to impart skills and provide jobs to its people, modernise its production pipelines and practices, have sovereign control over its defence preparedness and achieve all these in a sustainable way must, therefore, ensure that creativity, innovation and manufacturing co-exist concurrently in its planning process. In a conducive framework of policies and practices, DRDO, with support from the armed forces and industry, can play a pivotal role in technologically enabling the country to defend itself.

Amol A. Gokkhale did his B Tech from IIT Bombay and Ph D from University of Pittsburgh.  He served in DRDO for 30 years, retiring as Distinguished Scientist and Director, Defence Metallurgical Research Laboratory, Hyderabad in July 2015.

Read More About: Amol A. Gokhale