In the General’s last article on China Pakistan Economic Corridor (CPEC) (https://bharatshakti.in/cpec-the-chinese-carotid-pakistani-jugular-and-an-indian-opportunity/), he had examined the mammoth project from an Indian viewpoint. In this article he reviews the project as perceived by the people at the ground zero. This article is a summation of all views and doubts expressed by Pakistani intelligentsia in Pakistani Media.

A sum of all expressed Pakistani fears confirms that Pakistan has entered a fool’s paradise in Chinas great strategic gambit of being the Pole power on earth. Their venerable military and political leaders are now going to herald Chinese Raj in their country. A ‘Back to the Future’ scenario. Quaid-e-Azam must be spinning in his grave like an artillery shell in flight! May his soul rest in peace. Pakistan is going into this project with its eyes wide shut. 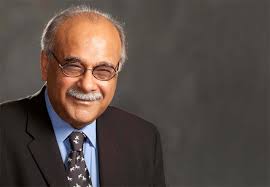 Najam Sethi’s View. Najam Sethi’s well-publicised views are that CPEC is all about boosting China and its currency, not Pakistan’s prosperity. Being in a volatile conflict-ridden region, Pakistan does not receive adequate foreign investment. It needs Chinese military hardware and foreign policy shield. China is ready to risk the instability and invest in Pakistan, to propagate its global ambition. China is increasing rates and will sell a grossly overpriced CPEC which Pakistan cannot afford. Also, China is giving loans to Pakistan citing good returns. Everyone knows – Pakistan cannot payback. China being the supplier as well as the creditor has ensnared Pakistan in a permanent debt trap. This, in my opinion, kickstarts Chinese colonization of Pakistan.

Economic Indicators. Pertinent issues are being raised by top Pakistani economists. What is the cost of the project- $46 or $54 billion? Inflation in Pakistan has averaged 11.6 per cent over the past 6 years. Implies, escalation of project costs. Capital expenditure on CPEC is mainly through loans by China. What is the actual interest rate? No idea. Estimates suggest that Pakistan will repay $90 billion on CPEC investments of $50bn over decades. Annual repayment obligation is likely to be $3 – 3.5 bn per year. Eventually, flight of capital from Pakistan is assured. The country’s current account deficit has widened to $5.47bn or 2.6 % of GDP in eight months from $2.48bn or 1.3 % of GDP in a similar timeframe earlier. The IMF estimates it to widen to 2.9 % of GDP. Economists feel that Pakistan seriously risks another IMF bailout once the loan repayment outflows to China begin.

Macro Economics. IMF, World Bank and the ADB assess that Pakistan’s economy cannot absorb FDI much above $2 billion per year without giving rise to stresses on its economy. They recommend China’s maximum annual direct investment in Pakistan should be around US$1 billion. This project will be way over these estimates.

Effect on Social Spending. In the long term, resources allocated for CPEC will impact adversely on spending on projects for social and human capital. For a country with high levels of poverty and illiteracy as Pakistan, this could be disastrous. The view is that 50 % of the poor will be left at the mercy of the base of the trickle-down effect of a capitalist economy. Outcomes look bleak.

Agriculture. Surprise! Chinese investment in agriculture, will be central to CPEC! There will be thousands of acres of agricultural land leased out to Chinese companies. Demonstration projects on agriculture will be set up. New links in the agriculture supply chain starting from seeds technology, processing facilities for fruits and vegetables, fertilizers, pesticides, credit facilities, logistics including storage, transportation and marketing chains will be set up. Livestock breeding, hybrid varieties, precision irrigation, meat processing, cotton processing et al are on the cards. All run by Chinese companies with Chinese finance. Pakistani land for Chinese agriculture and cultivation projects – This is scary and Orwellian. Overall, there will be broad and deep penetration by China into the Pakistani society. Consequently, disruption in the way the rural economy currently works is expected. It will result in turmoil. 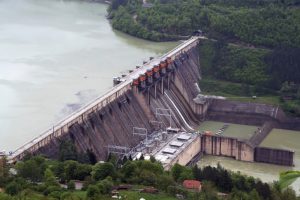 Power Sector Woes. The Indus cascade consists of six mega dams on Indus from entry into POK till Tarbela, near Islamabad. Experts have advised Pakistan against going ahead with some of them. Notwithstanding, 22000 MW hydro power generation is on the cards from theses dams. However, estimates are that it will reduce water flow downstream and will adversely affect food and water security in Pakistan. The environmental impact, especially on people of Northern areas will be huge and has not been assessed. Approx. 10000 MW power generation is from coal fired plants. The grouse is that these are the world’s dirtiest power plants which even China does not use. It is felt that environmentally ill designed plants are being dumped. What about transmission and distribution networks and power tariffs? Pakistanis have other questions – for whom is the power being generated? Can Pakistanis afford it? Who garners the profits?

Propriety – Why Should Pakistan Pay? Voices of propriety are being heard on the streets. If China needs a corridor, why should Pakistan pay for it? Chinese get visa-free travel to Pakistan without a reciprocal facility being granted to Pakistanis. Only Chinese industrialists would be allowed to set up their industries in the proposed economic zones along the corridor. Energy and water supplies for SEZs, will have to be supplied from Pakistani resources. Pakistan might end up with a great infrastructure asset. However, its industry and trade sectors cannot make the best use of the corridor. The widespread view is that CPEC will be a road and pipeline largely meant for Chinese business protected by the Pakistan Army on Pakistan’s taxpayers’ cost. Hence, while the cost and burden will be Pakistan’s, fruits will go to China.

Transparency. The first causality in this entire process is transparency. The consensus is that the CPEC may be a genuine, transformational project for Pakistan, but there is far too much of secrecy and opacity. The feeling is that even the minimal information that has been drip-fed to the public and stakeholders, have always been selective, vague and thoroughly sanitised. CPEC contracts have been given to the Chinese without any bidding. Only Chinese industrialists will be allowed to set up their units in the nine SEZs. Details of these projects which will be in Chinese enclaves are not known.

The State Bank of Pakistan has said that it is being kept completely in the dark about the mode of financing for the CPEC projects. It doesn’t even know if the CPEC-related capital imports are being financed with loans or through equity investments.

Loss of Sovereignty. The threat to Pakistani sovereignty is palpable. CPEC is also being termed as ‘Colonise Pakistan Enrich China’. The feeling is that CPEC is only the initial opening of the door. What comes through after, is anybody’s guess. China is penetrating every segment of Pakistani fabric. Recently the Pakistan Stock Exchange has been acquired by China. K Electric is to be acquired shortly. There is a plan to construct extensive fiber-optic systems which will also be used by the Chinese media for ‘ dissemination of Chinese culture’ in Pakistan. ‘Chinese culture’ in a Pakistani context is Cultural Hegemony.

China will also be responsible for installing security systems in major cities including Karachi and Lahore. Handing over this responsibility to China opens other issues. China has very little online freedom and a propensity for hacking. The Big Brother syndrome will come into play. Already Chinese firms are dominating the market: Haier in household appliances, Huawei in telecom, China Metallurgy Group Corporation in minerals, to name a few. In addition, CPEC prescribes specific reform in textile, fertiliser and agriculture technologies. So, will Pakistan become a state under permanent Chinese control? The loss of Pakistani sovereignty is impending!

Chinese Enclaves. In case Pakistan cannot repay, it will have to grant land for Chinese investments and residential colonies as also delegate law enforcement and governance over these enclaves to Chinese authorities. Something very much like the Hambantota model in Sri Lanka. In some measure, these enclaves have already been planned and exist. In these enclaves only Chinese writ runs. So soon, Pakistan will be dotted with a mosaic of expanding Chinese colonies. Pakistanis will be outside these sanitised bubbles. Reminiscent of the British Raj? 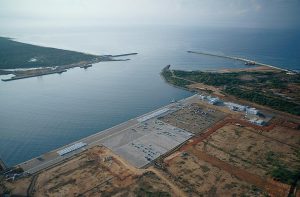 Hambantota- Gwadar. I mentioned the Hambantota model earlier. It is being replicated in Gwadar. The complete port has been handed over to the Chinese. Planned enclaves will displace locals further. Many promises made to Baloch people by the government when Gwadar was being developed have been broken. Gwadar has not helped the common Balochi. The city’s water supply dam has dried up following three years of drought. The existing desalination plant does not work. It lacks road and rail connectivity. Hence, the port cannot flourish. The sense of alienation and restiveness in Baluchistan, with much of the benefits going to outsiders, is natural.

China Punjab Economic Corridor. Similarly, CPEC was originally postured to develop Baluchistan and other deprived parts of the country. The CPEC route has now been changed because Baluchistan lacks necessary infrastructure! Northern areas are slowly being excluded. Very interestingly what is planned along the Makran Coast? Spas, water sports and leisure resorts! Punjab is ending up as the main beneficiary. Off late, the CPEC is being called the China

Punjab Economic Corridor. Obviously, the rest of Pakistan is turning sullen. As time goes by these wounds will only fester. This will be complicated by the various push and pull factors affecting Pakistani societal fabric – politics, diversely competing parties, religion, tribes, terrorists and Western intervention.

Top Down vs Balanced Approach. CPEC is a top-down plan being financed by an autocratic ally that knows only top-down planning. For it to succeed, noise has to be minimised and institutional hurdles cleared. In a diverse country like Pakistan this approach will be a disaster. In addition, the aggregation and input of domestic interests is largely absent. So, long term sustainability is a huge question mark. Many moral-ethical questions may be explained away.

The governments of China and Pakistan might be in close embrace but, there is no people to people contact at ground level. The Chinese and Pakistanis are as different as chalk and cheese. Now, add to it, the influx of hordes of Chinese. The CPEC, as it rolls out, will start to affect and shape Pakistani demographics through its mandated dissemination of “Chinese Culture”. Majority of Pakistanis consider religion to be very important. In China, religion has no place. How will this contradiction of a highly religious Islamic republic and a Communist state be managed? Remember the Pakistanis liked the American Dollar but not the Americans. Mix the religiously charged environment of Pakistan with Chinese culture – a heady cocktail!

One of the biggest worries in Pakistan is that there is no way to know how CPEC is really going to work once it gets going. The reins may not be with thte government either. If the government doesnt know how things are going to work, then one can only wonder what could really be in store. The future is cloudy. Last but not the least, there are other major security issues. Recent kidnapping of Chinese nationals working on CPEC projects is only an indicator.

(Finally, I would like to acknowledge and thank eminent Pakistanis for airing their thoughts. I have only collated them.)