The rapid pace of developments in communication technologies have left the military’s information dissemination systems lagging behind. Social media platforms make this process all the more challenging. In the bargain all the good work being done by the armed forces is not known to the people in the disturbed areas and even the rest of the country. There is a requirement, the author feels, of the armed forces strengthening their information outreach. 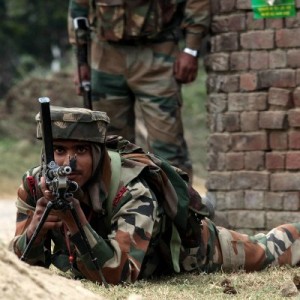 Militancy in J&K, stone throwing, increased militant encounters, Chinese intrusions, regular firing incidents on the Pakistan border and aid to civil authorities ensure that the Army remains in the limelight, throughout. The nation witnesses discussions on TV concerning actions of the Army, where veterans join a multitude of politicians spread across party lines, security analysts from Pakistan and supporters of pro-Pak separatists; all screaming at each other, seeking to drown opponents’ voices on issues of national interest. Rarely do senior serving officers give interviews on prevailing situations, Army’s reactions and involvement or answer media queries. These interviews even when held, never can give a comprehensive picture of the Army’s involvement in every aspect of local life. They are primarily issue based, limiting themselves to current issues. Thus, the nation receives only a limited version of the whole story.

In contrast, the Director General (DG), Inter Services Public Relations (ISPR) of Pakistan is the single point contact and source of information on all matters concerning their military. While, for India, ISPR tweets and press releases are a biased version, but for the world ISPR is the source of all information pertaining to military operations or information. Till Parrikar was in the chair, he regularly interacted with the press and presented the military’s viewpoint. However, most of his interactions only concerned operational issues and the government viewpoint.

Ofcourse, India is not akin to Pakistan where recently their PEMRA (Pakistan Electronic Media Regulatory Authority), passed a directive banning all television media houses from airing unverified news or analysis with the theme focussed on or around Pakistan Army or its relationship with the civilian government. The statement went on to state that the content can prove to be problematic if it accuses the military of something or tarnishes its image. It opens the doors to their Army to resort to any level of brutality, when handling militancy, which can never be adversely commented upon. It’s also an open threat to media to toe the Army’s line. The Indian Army, on the other hand, comes in for criticism from various quarters frequently. This is expected in a true democracy and should be welcomed.

Kashmir, the present hotbed of operations, has deep military involvement, basically due to its terrain and lack of development. The Army provides succour to the local population in times of need, medical aid and facilities regularly, computer and skills training to enhance knowledge and employability of youth and also has established Army goodwill schools in remote areas.

There have been instances when Kashmiri sportspersons have been trained at the Army’s cost and its facilities, having gone ahead and performed creditably at national and international events. The young Tajamul Islam, who won the world kickboxing sub junior title, is an example. Further, it has been the Army and the air force which have been the first to react whenever there has been any calamity including floods and earthquakes. Information on all this is hardly ever projected. 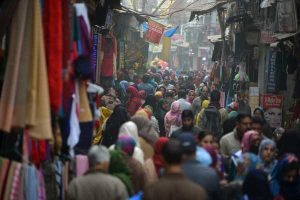 The philosophy in Kashmir is employing an iron fist in a velvet glove and Winning Hearts and Minds (WHAM). This is only possible when the efforts being adopted by the Army for the betterment of the local population is broadcast across all spectrums of media and highlighted in local channels at frequent intervals, including interviews of those that participated or were assisted. It should also be aimed at targeting the common Indian, who would realize that the Army’s involvement in Kashmir, goes way beyond battling militants and restoring order.

Along with the Ministry of Defence’s Public Relations office, the Additional Directorate General, Public Relations (ADGPI) is responsible for media engagement on operational issues. Amongst other tasks, it disseminates information of welfare activities undertaken by the Army in the Valley or the North East; areas where we need to win hearts and minds, either on its Facebook page or twitter account. Its interaction especially with the local press is limited. The information so distributed is not adequately visible to most residents of the state impacted, as also the nation.

Amongst events recently conducted in the Valley, by the Army, available on the ADGPI Facebook or Twitter pages, include Kisan Melas, local T-20 cricket leagues, inter village sports competitions and youth festivals.

Each event had immense participation and were roaring successes. Medical camps conducted by the Army have had over a thousand attendees. No event was interrupted with cries for azadi nor affected by stone throwing, despite most being held in militancy affected areas.

These events project the true picture of rural Kashmir, where locals are in support of the Army, rather than militants. It also proves that those pelting stones or interrupting operations are doing so, solely under pressure or to earn a few hundred rupees. While cities may be influenced by anti-Pak elements, rural areas are not. When schools and colleges across the state were shut during the violent summer of 2016, Army Goodwill Schools in the interiors remained open and logged normal attendance. Geelani’s call to Kashmiris to give up attending Army Goodwill Schools was in effect an expression of his frustration. 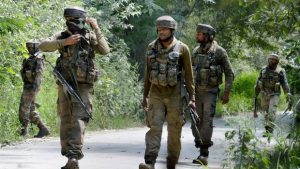 The Army’s utilisation of opportunities to win hearts and minds, not only in the Valley, but also across the nation, is only partial. It needs to spread the message of its efforts by everymeans, including slots in all TV channels, radio broadcasts and newspapers. In disturbed areas, the spread of its message should be via every possible media including social media platforms. The more it spreads, the better the impact. The Army should also devise a methodology, wherein its spokespersons from the ADGPI state the Army’s position on all issues to the press. It will bring down the fake complaints and uncalled for criticism.

To summarise, the Army should become more media friendly and nurture a more interactive relationship. An ADGPI spokesperson regularly briefing the visual and print media, rather than just listing the Army’s efforts only on Facebook or Twitter, is the need of the hour.