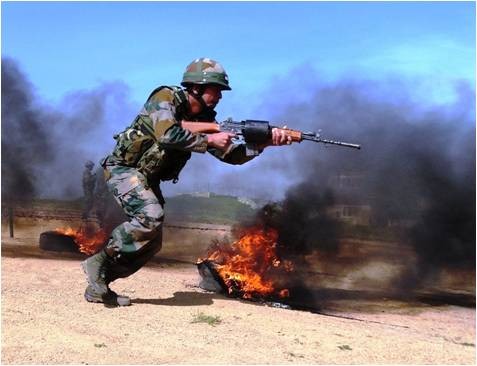 The Future of Surgical Strikes

The bodies of a few of our soldiers were mutilated very recently by Pakistani Army personnel who had undertaken a cross-border operation. The hue and cry across the country that follows such ghastly incidents, increases the pressure on the armed forces to undertake operations against Pakistan in a way that we extract a greater price. Last time, after the attack at Uri, we staged a surgical strike on terrorist bases. Obviously, we cannot repeat the same tactics.

The General, in his article provides details on alternative models of surgical strikes and other formats of cross-border operations that may allow us to extract a price from Pakistan, while we bear minimum losses.

THE FUTURE OF SURGICAL STRIKES

A few days back Pakistan mounted a typical Border Action Team operation on the Line of Control (LoC) and ambushed one of our patrols in which they mutilated bodies of two of our soldiers. Immediately the Indian Army came out with a statement that it will retaliate at a time and place of its own choosing. The nation awaits action and results of a meaningful nature. However, from a military perspective the options are few if it should be meaningful. To understand the nuances and to have a winnability quotient over a long term, one has to delve into the recent past, learn from them and act as per a plan. Not as a knee jerk reaction.  Our next military action must convey to Pakistan that we mean business in no uncertain terms both in the long and short term. 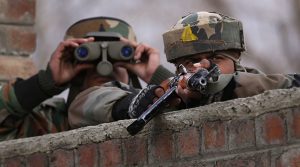 On 29 September 2016, India carried out seven surgical strikes on terrorist launch pads across the LoC which were immensely successful.  It showed to the world that India will retaliate with effect when its patience wears thin. It reassured the Indian public. It also proved that porosity of the LoC is a two way street. Last but not the least, Pakistan was reminded that the Indian Army has the capability to do damage at will. The terrorists and their handlers in “the deep state” were given a bloody nose.

Fundamentally, the surgical strikes succeeded due to the great element of surprise. Statements by the Indian Army post the Uri incident, of retaliation at a time and place of its choosing were not taken seriously by “the deep state” and its cohorts. They set too much store by the nuclear card and inviolability of the LoC. They were in for a shock when the Indian Army crossed the LOC.  Pak Army on the LOC and the terrorists in their bases were lax and their guard was probably totally down. The second reason why these strikes were successful was that the Indian Army avoided any major entanglement with the Pakistan Army. All their posts were avoided, both during infiltration and exfiltration. Pure hit and run tactics were adopted, with no loss and maximum gain. The stunned Pakistan Army could not and did not admit that terrorist bases existed or they suffered serious losses since their image would have taken a beating.

This incident has opened up space ne options for India to exploit. Surgical strikes on Pak terror bases and outfits can now be carried out within thresholds and are fair game. The question which comes up is that can we carry out further surgical strikes in the current scenario?

The last surgical strikes resulted in the LoC becoming active. Cross LoC firings and infiltration attempts have increased. Pakistan has once again resorted to carrying out barbarous acts like beheading our soldiers.   Pakistani Army will now be alert and probably have a clear plan. The odds on crossing the LOC undetected and uncontested are virtually nil. Retaliatory actions in shallow depth will achieve nothing. It will be a back to the future scenario when the LoC was totally on the boil.

Importantly, the element of surprise will not be on our side. We should expect causalities if we attempt any more such strikes. One thing is clear that the ability of Pakistan to carry out strikes in our area is greater than ours in their area due to prevalent conditions.  Hence repeating strikes like the last one are really not an option at present.  We can postpone them to a more opportune time when the dividends will be assured. 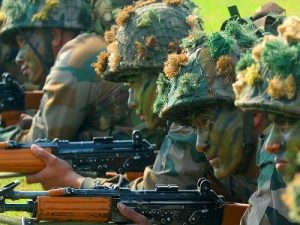 So are we to keep quiet and do nothing till then? Not now. Especially when the space to carry out cross LoC surgical strikes has opened up. Logically we have two options. The short-term option is to carry out non-contact surgical strikes by firepower which is our strength. The cue can be taken from the fire assault carried out in the Keren Sector in October/ November last year in response to the barbarous act of beheading one of our soldiers. It was carried out using Artillery in direct firing role along with some Air Defence guns and Infantry weapons. A total of seven well-fortified Pakistani bunkers were destroyed. Though it was a small-scale assault, It was a devastating fire assault. No contact, no causalities, maximum results.

In this era of non-contact conflict, the use of surgical fire assaults such as the one carried out needs to be refined and maximised. What does it involve? It involves establishment of a good cross LoC intelligence network for acquiring targets, directing our fire assaults and assessing damage caused. This network has to be a combination of human intelligence and electronic intelligence. Electronic intelligence can be developed through battle field surveillance radars, UAVs and weapon locating radars like Swati, which incidentally matches the American ANTPQ37 in performance. Primarily, intelligence gathering efforts  should be focussed on getting accurate targeting information about terrorist launch pads, bases, staging areas and training camps. Additionally, intelligence about support systems provided by Pakistani Army including their firepower and surveillance means will be mandatory. This intelligence build up effort will be the base for the long-term options, eventually.

Artillery must be employed in a focussed and surgical manner to strike at targets at the right time with the correct mix of weapons. Infantry and AD weapons can be used as a support system in a direct firing mode to supplement/ complement Artillery. Artillery, the main combat arm in such strikes could be used in direct and/ or indirect firing modes. Direct firing when the target is visible and within direct firing range. Incidentally, modern guns like the Dhanush and ULH have direct firing capability up to 2000m at night. This is a significant and a devastating capability. This capability needs to brought to bear on the enemy and not just paraded on the Republic Day.

Indirect fire should be resorted to when the target is out of visible range or when hidden behind mountain crests. In case Pakistan Artillery opens up, they should  be made fair game and hammered after locating them. Snipe Guns can be used also. When planned with care such Artillery strikes will give out of proportion results. If the situation demands, arrangements can be made to ensure that observed Artillery fire is directed accurately on to chosen targets in depth. The major advantage of surgical strikes by Artillery is that our Artillery is decidedly stronger than Pakistani Artillery on all counts.  Its reach is greater. Our defences are stronger than Pakistani defence structures. We definitely can cause greater damage to them than vice versa.

Fire assaults can be mounted and executed with minimal causalities on own side and achieve great damage. Pakistan will understand this language better.  Surprise can be achieved. It should be ensured that such strikes do not degenerate into routine cross LoC artillery duels/firing. Use it sparingly with effect. 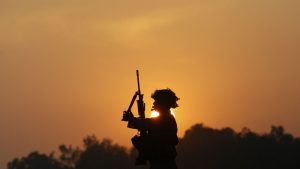 The longer-term option is based on exploiting the current unrest in Gilgit, Baltistan and PoK itself due to the turmoil being kicked up by the CPEC. The drift of the CPEC is that Pakistan will declare sovereignty over Gilgit and Baltistan sooner or later in some form. This will affect PoK also, where some overflow of turmoil will be there. This is the opportunity for us to build up cross border capabilities.  This capability could be in the form of intelligence, covert actions, political disruption and unrest. These capabilities should be woven with our military capabilities. So that any rogue action by Pakistan will invite retribution in depth. It will also force Pakistan Army to look over their shoulder. As we build up our capability we can even contemplate an odd missile strike in depth.

Ultimately the short-term option should merge and lead us to the long term option of having serious and telling non-contact strike capability using a plethora of methods – conventional and unconventional, direct and indirect, military and non-military. For us to achieve this we need to have serious and committed political will and build capability to stay the course. That is our challenge; can we be hard enough? Or do we continue to be regarded as a soft state?