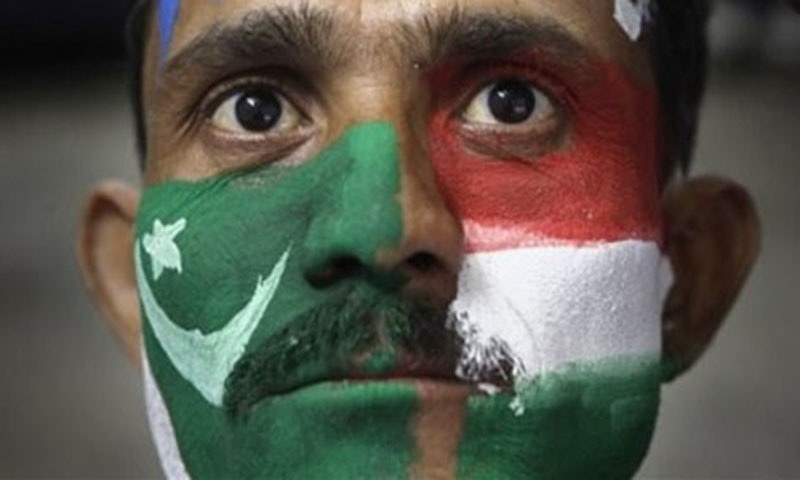 Countering Terrorism in India and Pakistan : A Study in Contrast

Both India and Pakistan suffer from the scourge of terrorism, however, their approaches to combating the evil are diabolically different. While the Indian side uses the minimum possible force and scrupulously avoids collateral damage, the Pakistanis use air and artillery that are bound to cause non-combatant casualties.

The author traces the differences in approach of the two nations in detail. The Indian ability to contain insurgencies draws its strengths from its transparent handling of the operational aspects, while Pakistan’s Army’s approach, without government or public scrutiny, has created a volatile situation along the length and breadth of the country.

COUNTERING TERRORISM IN INDIA AND PAKISTAN: A STUDY IN CONTRAST 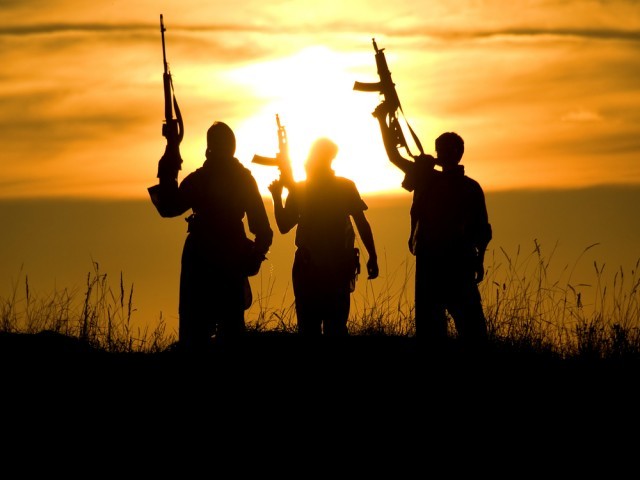 India and Pakistan are both battling terror groups. There are however major differences at every stage. For India, Kashmir is the flash point, where groups operating are openly supported by the ISI and the Pakistan Army (deep state). The rest of the country, barring pockets of left wing insurgency and a few areas in the northeast, is fairly secure. Pakistan faces it across its length and breadth. Suicide and terror attacks have spared no province or city. The terror groups launching suicide and terror strikes are breakaway factions of those which the state itself created for operating in neighbouring Afghanistan and India. To hide its folly, it conveniently places the responsibility of support to terror groups on Afghanistan and India.

In India, terror groups in Kashmir operate with the intention of creating an environment of secession of the valley, whereas in Pakistan they not only seek to overthrow the state and impose their own will, but also target minorities, enhancing the divide within. The battle against militancy in India, though spearheaded by the army, is under close monitoring by the political leadership, both at the state and national level. At the state level, it is the Unified HQ and at the centre, the defence and home ministries as also the PMO. In Pakistan, the decision to employ force including its nature and level is solely that of the army. The political leadership remains a bystander.

The two major operations launched by Pakistan Army in recent times, Operation Zarb-e-Azb, post the Jun 14 attack on the Karachi airport and Radd-ul-Fasaad in February this year, were both announced by the head of the Inter Services Public Relations (ISPR) in a press release and not the civilian government in Islamabad.

In India, freedom of speech provides every political party and anti-government media the liberty to criticise government action in Kashmir, including accidental deaths or injuries due to counter insurgency operations. Such is the liberty that opposition politicians and separatists have openly supported stone throwers (calling them freedom fighters) and even demanded US mediation in resolving the Kashmir issue (Farooq Abdullah). The same is unheard of in Pakistan. Only those in exile have demanded freedom of their region or been critical of military action. Within the country, no political party or media house can even contemplate to be critical. The deep state has such power, that all cringe before it.

In India, every casualty, wounded or killed of civilians is blown out of proportion and security forces criticised for employing excessive force; their own casualties notwithstanding. In Pakistan, on the other hand, there are no details of any such casualties, nor reports in the press, except cries by Baluch and Pakhtun leaders in exile, claiming discovery of mass graves and rapes by security forces. Hundreds are detained and no one opposes as human rights activists are the most threatened community in the country. Recently, some activists were missing for days, only to resurface frightened and terrified. Many of them have already left the shores of Pakistan. The ISPR simply releases statements of the killing and arrests of militants at regular intervals.

In the Indian democracy, there is absolute faith in the judiciary and its functioning, and all cases of arrested militants are dealt by them. In a semi-military state like Pakistan the government has established military courts to deal with arrested terrorists. Surprisingly, in these courts, all those arrested, seem to openly confess. Activists, fearing the deep state remain silent and even death penalties are not questioned. 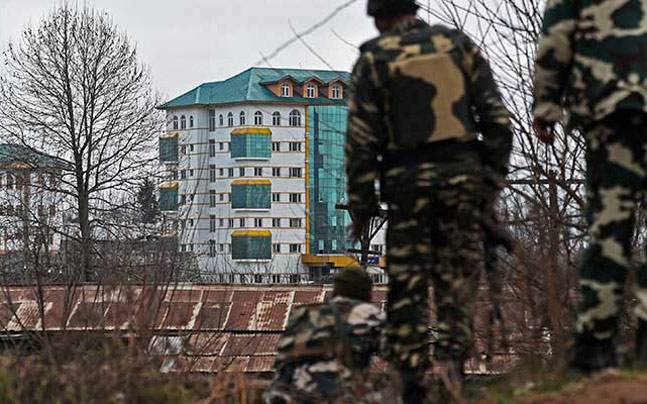 Indians, who have been monitoring encounters in Kashmir would notice that every encounter takes time and only a few militants are eliminated with security forces occasionally suffering casualties. This happens despite series of security cordons established. In every case, local authorities release the identity of the militant, including details, if he is a local. Pakistani ISPR on the other hand releases a statement mentioning large numbers of militants killed and even greater numbers arrested. With such immense casualties to militants and almost no loss to security forces, the authenticity of the news is always in doubt.

In a case recently, Pakistani press released a statement, that 10 terrorists involved in the Lahore suicide attack were killed in a cross fire during an encounter between their supporters and security forces, with no casualties to security forces or their supporters. Is this action any different from an ISIS type massacre regularly reported from Syria or Iraq? The ISPR statements, if totalled for militant losses, would indicate that all terror groups have been wiped out, however, the reality is vastly different.

Indian security forces have always considered the local Kashmiris as their own people, despite their attempting to disrupt operations, thereby enabling the militants to flee. Hence, they battle with hands tied and under severe restrictions. This enhances casualties to security forces.

The army assisted by other central forces has only been employing small arms in the Valley. Pakistan, on the other hand, has openly declared use of air power and artillery in its battle against militants. These are area weapons, hence would cause collateral damage and enhance innocent casualties. However, remoteness of the area and strict control over the press, prevents any inputs of collateral civilian casualties from being announced.

The Indian Army, alongside anti-militancy operations also aims to win hearts and minds of the local population by providing facilities and assistance to the population. The recent flood relief operations and existing ‘Sadbhavna’ projects are a case in point. The Pakistani government is responsible for implementing the National Action Plan (NAP) and the National Counter-Terrorism Authority (as a part of the anti-militancy drive). An editorial in the Dawn of 10 Apr 17, claims that these are the most visible failures of the State.

In response to a militant strike on Uri, India launched a surgical strike across the border targeting specific terrorist camps, while carefully avoiding civilian population. Pakistan, in response to terror strikes from across the border, employed artillery and air strikes into Afghanistan, resulting in civilian casualties and compelling locals to flee. While Afghanistan officially objected to cross border strikes, Pakistan kept silent on the Indian strike. 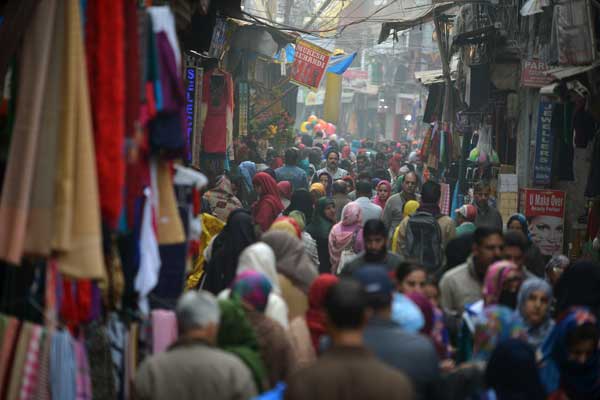 In India, only a miniscule percentage of the local population joins militancy, the balance being Pakistan nationals whereas in Pakistan they are all locals, with only a miniscule percentage being Afghans or Uzbeks. Details of every encounter in India is available to the press, in Pakistan, information only flows through vague press releases by the ISPR, which cannot be questioned. India only faces a secession demand from a small part of the valley (just six percent of the population), whereas in Pakistan, almost every province seeks independence from the State, hence threatening the very survival of the nation.

Critics of government and security forces exist within India and continue to thrive on largesse of the state, while inciting unemployed youth in the Valley. The Hurriyat is a prime example. In Pakistan, only those in self-imposed exile possess the ability to criticise, while those living within, live in fear of the deep state.

Considering the vast differences in the way the two nations have handled a similar threat, the results are also vastly apart. In India, barring the odd exception, militancy remains confined to just a part of the Kashmir Valley, while in Pakistan, it threatens the fabric of the nation. In time, India would be able to control the situation, while Pakistan would struggle to maintain itself as a nation-state. Unless it reassesses its policy and strategy, it is in dire straits in the days ahead.