The Journeys of Tejas And Arjun

The author examines two important developments of the Indian defence establishment, the Tejas multi-role fighter aircraft and Arjun tanks. Both these achievements are substantial landmarks in the quest for indigenisation of defence equipment. However, the Indian armed forces face the twin threats from Pakistan and China, and have the onerous task of ensuring its capabilities are adequate to be able to emerge winners. Hence, they would have to be extremely prudent about giving the nod to inducting any equipment, irrespective of its being of Indian origin.

As per the Aeronautical Development Agency (ADA), Tejas, India’s Light Combat Aircraft (LCA) is the smallest and lightest Multi Role Supersonic Fighter Aircraft of its class. This single engine , compound delta wing , tailless aircraft is designed and developed by ADA with HAL as the principal partner along with DRDO, CSIR, BEL, DGAQA, CSIR, Indian Air Force (IAF) and Indian Navy (Indian Navy) to meet the diverse needs of these two Services. 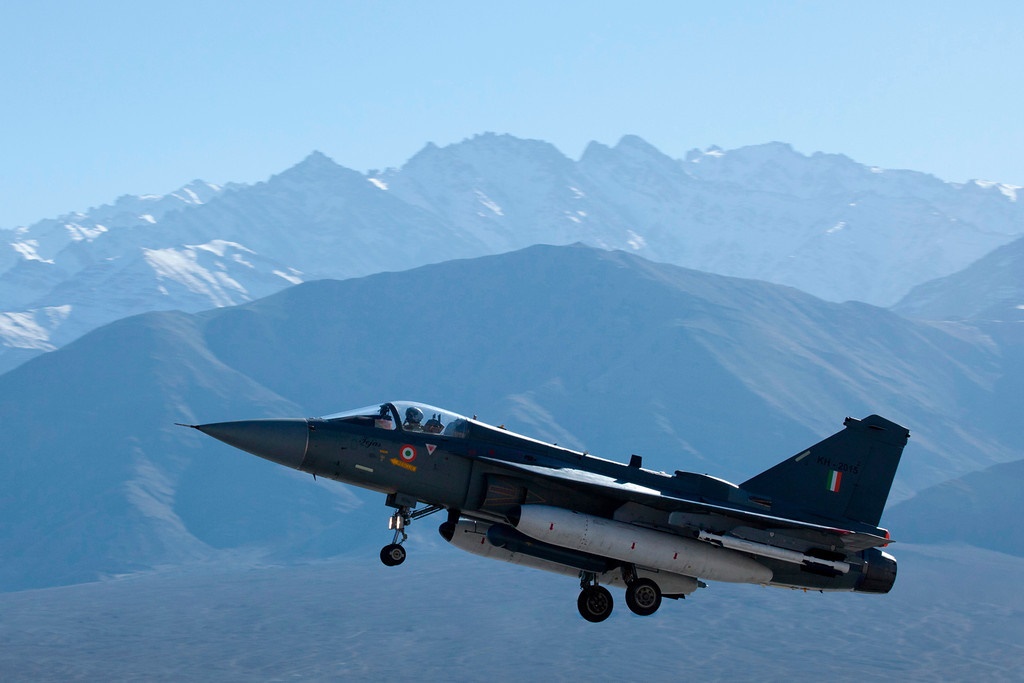 The Tejas was developed by HAL after the HF-24 Marut. It was conceived in 1985 and handed over to the Indian Air Force in  2011.The Tejas has an indigenous content of 59.7 percent by value and 75.5 percent by replaceable units.

The first flight took place in January 2001 and about 22 aircraft have been built till date. The unit cost for the Mark 1A is about Rs 400 crores. The cost is almost similar to Sukhoi 30 Mark I. On 10 January, 2011 the Initial Operational Clearance was given but the Final Operational Clearance has yet to be accorded and is likely by June 2011.

As far as the Indian Navy is concerned, they have declared in December 2016 that the Tejas is overweight and issued a Request for Information (RFI) for 57 naval multi role fighters.

As on date HAL has delivered five Tejas. These aircraft have a combat radius of 500 km which could be enhanced by air to air refuelling. The aircraft has eight hard points and would carry a twin barrel cannon, Rockets, Missiles which would be Beyond Visual Range, Air to Surface and Anti Ship Missiles.

They would also carry state of the art bombs and the MK 1A would have an Active Electronically Scanned Array Radar manufactured by HAL with assistance from ELTA, Israel. HAL proposes to deliver 123 Tejas aircraft to the Indian Air Force by 2024-2025. In all probability this would be a tough task.

The Arjun Main Battle Tank was developed by Combat Vehicles Research and Development Establishment (CVRDE) since 1972. The Indian Army ordered 124 Arjuns in 2000. When first accepted for service in 2001 the Arjun had close to 50% of its components imported, which included the engine, transmission, gun barrel, tracks and Fire Control System. Over a period of time there has been greater indigenisation.

The Arjun is being upgraded to a Mark –II variant with numerous modifications. It has a total of 93 upgrades which includes 13 major improvements.  The Arjun Mark II weighs about 68 tonnes. The Arjun Mark II can be lifted only in the C -17 Globe Master.

In August 2014, the Defence Acquisition Council placed an order for 118 Arjun Mark –II subject to user trials. Apart from these 40, 130 mm Self Propelled Guns based on the Arjun chassis are to be developed for the future. All this was to lead to the Future MBT for the Indian Army.

Viewing the threat from China and Pakistan the Air Force as well as the Army are looking for aircraft and tank which enable them to be operable against both adversaries. The Indian Air Force currently is looking for a long range single engine fighter which would be made in India by a foreign Original Equipment Manufacturer (OEM) with an Indian partner.

Currently we have Lockheed Martin’s F-16 and Saab’s Grippen as competitors. There are advantages of both these aircraft and a final call will be taken by the Government of India. In the meanwhile, Tejas would also be accepted as it continues to be manufactured and modified. This would compel HAL to accelerate, as also ADA to have Tejas MK 1A to be fabricated.

The Arjun Mk- II has yet to pass user trials. Once it passes the same, 118 Tanks would be inducted creating another two regiments. Considering its weight of 68 tonnes it would be employable in the Southern Deserts where the terrain conditions allow such heavy tanks.

Viewing the operational requirements there is a need to look ahead and consider issues in a broader perspective. The Indian Air Force is planning to develop a Fifth Generation Fighter in conjunction with Russia and Advanced Medium Combat Aircraft (AMCA) with ADA, HAL and DRDO.  One of the clauses for the new single engine jet fighter contract would be to facilitate collaboration for the AMCA. This would certainly be a technological leap as the AMCA would be developed on the desired time lines.

The Army is looking for a tank and ICV for the future. The Directorate General of Mechanised Forces (DGMF) has

issued a Request for Information (RFI) for the Future Ready Combat Vehicle (FRCV) which would be a medium tank capable of being employed in conjunction with a Light Tank. As far as the Future Infantry Combat Vehicle (FICV) is concerned it has reached the stage where Ministry Of Defence (MoD) is deciding on the prototypes to be developed by the competitors. The DRDO’s advice will be sought by the DGMF and other official agencies.

To fight a two front war we need jet fighters and tanks which are capable of playing their assigned roles. Both China and Pakistan are modernising their weaponry and it is incumbent that our weaponry matches them suitably. In military operations there are only winners or losers. Accordingly, hard decisions have to be taken by the user in acceptance of equipment. The Tejas and Arjun have to compete to seek further induction into the Armed Forces.

Future equipment must use the design capabilities of the DRDO and this should be in collaboration with a foreign OEM and the private sector. This would lead to optimisation in the indigenisation of weapons, missiles, ships, aircraft and Aerospace equipment.