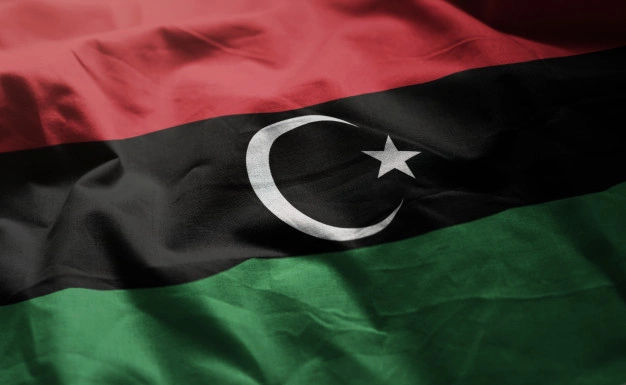 Libya’s future remains in a haze with multiple stakeholders pitching in for dominance. It’s a difficult situation to read with external powers supporting one group against the other in Libya. The author traces the recent history of Libya’s turmoil and analyses the current situation, lucidly.

A decade has passed since the 2010 Arab Spring struck Libya with a difference and vengeance. Unlike Tunisia or Egypt, it was followed by external intervention under NATO. Gaddafi had no chance to stand up to the exceptional might except his misplaced faith that perhaps his newfound European friends will not harm him. He was proved wrong and was killed like his other Arab brother Saddam Hussein of Iraq.

Dictators mostly have a doomed destiny. But what followed thereafter in this oil-rich country with the utter negligence and disdain of the regional and western powers was not unique since they had no plan after the regime change. Old Gaddafi system, if at all, was thrown out by a people intoxicated by newfound freedom and hope for a “New Libya”. But no signs of that were on the horizon. They needed help but none was forthcoming. Instead, the interventionist powers had their agendas and powerful militia groups in the East and the Western parts of Libya, largely leaving the South to its own fate.

For the militias power flew from the multiple barrels of their high calibre guns decimating chances of peace. Inept politicians got divided into Islamists in the West and liberals on the East. Their benefactors kept on pumping more firepower and continue to keep the destabilisation project en route just to maintain their surrogates and influence for geopolitical and geo-economic reasons.  The arms embargo was observed more in violation than compliance.

Several unconscionable efforts were made to bring about stability and some sort of political road map. One of the finest elections, anywhere in the world especially under the trying circumstances with no State worth the name, was held in 2012. If it did not lead to a stable outcome it was not that the Libyans did not want it. The myopic efforts and electoral machinations to keep the Muslim Brotherhood (which had succeeded in Egypt) or the Islamists out of power kept things unstable. It backfired and clear lines were drawn that became far more pronounced with the advent of General Khalifa Haftar who after being spurned by the Tripoli government captured the Eastern part in 2014 and formed his Libyan National Army supported by UAE, Egypt and Saudi Arabia among others like Russia and France.

Meanwhile, the fractured polity that lacked trust and blocked smooth transition forced the House of Representatives to move to the East in Tobruk which eventually joined hands with Haftar. The Tripoli government and General National Assembly (GNA) termed as Islamists, ruled with the help of militarily powerful and industrious Misratans and supported by Turkey, Qatar and Italy and often by an unwilling USA and UK who vacillated on both sides.

By 2015, a sincere effort was made and the Skhirat Agreement signed that also gave legitimacy to Tripoli government as internationally recognised which obviously was not given credence by the East. Half-baked Presidency council led by Fayez Al Serraj just waded along.  The conflict between the two sides remained entrenched. Finally, in April 2019, Haftar decided to take Tripoli militarily which failed due to eventual Turkish intervention a year later on behalf of GNA. It also became a major trigger for intense efforts to ensure dialogue and permanent ceasefire as the contestation not only in Libya but in the Eastern Mediterranean acquired greater salience via Tripoli.

Turkey became a major player and ready to take on any power on the other side of Sirte. NATO members drew daggers against one another. Hence the Berlin Process (January 2020) under the aegis of UN became more active to bring around all sides and stakeholders together. Even President Trump overtly supported the ceasefire and some solution.  Regional powers like Morocco, Algeria, Malta, and Egypt facilitated the talks. Tunisia, which has a much closer physical connection with Libya, played cupid and even opened its borders yet again.

Finally, the Libyan Political Dialogue Forum (LPDF) with 75 participants from across the political spectrum met in Tunis from 9 to 15 November to arrive at an intermediate “Road Map for a Preparatory Phase for a comprehensive political solution” in accordance with the Skhirat Agreement and the 2011 interim constitution and other peacemaking political processes. The LPDF is expected to meet virtually from 23 November again. It is mandated to come up with only the necessary rules that govern the political process during the Preparatory Phase. These rules shall be a temporary legal measure. Its provisions should not be considered a principle or an established custom. The Roadmap adhering to the principles of Libyan Political Agreement, aims to re-establish legitimacy to Libya’s political bodies through the holding of constitutionally based elections on 24 December 2021.

The key objectives as enshrined in the Road Map as published by UNSMIL are to strengthen the political legitimacy through presidential and parliamentary elections on a constitutional basis;  forming a new executive authority to create the necessary conditions and circumstances conducive for elections by addressing the following issues:  Establishing national sovereignty over the entire Libyan territory and end foreign presence. And, in the interim, an executive authority will be created that shall consist of the Presidency Council and the Government of National Unity (GNU). The LPDF shall define their respective prerogatives. The Presidency Council shall consist of a president and two deputies in accordance with the geographical balance/three regions. The Government of National Unity shall consist of the Prime Minister, two deputies and several ministers. The Presidency Council and Presidency of the Government of National Unity shall be selected according to a mechanism agreed upon by the LPDF and the LPDF shall determine the decision-making mechanism within the Presidency Council. 30 per cent of the elected seats will be reserved for women; indeed a laudable objective.

Corruption has been a major problem and some allegations against those part of LPDF led to further controversies when the acting UNSMIL Head Stephanie Williams mentioned that an investigation was underway in the serious allegations about the existence of corrupt practices and the use of political money in an attempt to influence the nomination process for the position of Libya’s next Prime Minister and Executive Authority (GNU).  56 of the 75 members of LPDF wrote to UNSG to conduct immediate transparent investigations into corruption allegations against such people. Current Head of the Council Fayez Al Serraj had already wanted to resign by end- October but was persuaded to wait and hand over to the next head of the Executive Authority. No wonder the LPDF ended the meeting without naming a new Transition Team and will have to virtually work on it for the time being.

It is not easy to bridge the trust deficit and alleviate the political ambitions of some major actors. As per UNSMIL the rival forces have not yet begun withdrawal as agreed in the October 23 Ceasefire Agreement which entails “ that all military units and armed groups must withdraw from the frontlines while mercenaries and foreign fighters must leave Libyan territory within 90 days”. How to align these with the new expected realities and envisaged framework and whether a successful transition will be possible remains a major challenge. External actors also have their geo-political and geo-economic compulsions and agendas that will have a direct impact, as it had happened in 2012 and beyond. Meanwhile, Libya’s oil production, a key interest of the West, even exceeded the 2010 levels to 1.25 mbpd.

Hope amidst this Haze still prevails among ordinary Libyans as the anarchy takes a toll on their “New Libya’. Hope that hopes will win sooner than later.