The New Carotids Of China

The China-Pakistan-Economic-Corridor (CPEC) has evoked high decibel responses in India. The fact that it runs through territory that Indians claim as theirs, may deny the corridor legitimacy in an international court. Given the fact of the Chinese losing their case for islands in the South China Sea, are they capable of absorbing another such reverse again.

The CPEC is widely assessed as a great boon for the Chinese. However, the author builds a very different argument: Could the CPEC lead the Chinese to a position where they would have overstretched themselves?

The New Carotids Of China

The China-Pakistan-Economic-Corridor has hogged limelight off late. Whatever it means for Pakistan has been examined in great detail. Similarly, what it means for China has also been examined in equal detail. The Chinese quest for a short cut to the warm oil of the Gulf and a strategic alternative to the bottle neck of the Malacca Straits is also well known. However, in opening up this corridor, has China opened up a new vulnerability? Are the CPEC and the Malacca Straits the new carotids of China? As of now all China has to do is take care of the Malacca bottle neck in a focussed manner and its job is done. How about a few years from now when the CPEC comes into effect and China starts getting its life blood through both its carotids. A very interesting situation is likely to develop. Let’s put a 10 -15 year time line on this for arguments sake. 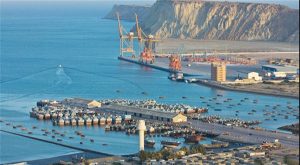 Once the CPEC comes into being and the flow starts through it; the fun starts. Firstly, China would have ceded its sovereignty to Pakistan as much as it will be the other way around. Secondly, what will be the state of Pakistan at that time? It could not have improved. Historically the Indus Valley has always been the Valley of discontent right from the days of the Mohenjo-Daro and Harappa. New levels of instability and radicalisation which are foreseeable and predictable will straight away threaten this lifeline. Thirdly the new carotid will inevitably take the poison of radicalisation through it to the restive Xingjian and Tibet regions. So more trouble there and erosion of Chinese sovereignty over these areas? That too within its own borders. Fourthly, Pakistanis will always hunt with the hound and run with the hare. Ask the Americans. They are most experienced in this. Ask the Afghans. They are the next most experienced in such Pakistani behaviour.

China depending on its all-weather ally – Pakistan? Watch out China. It is a fact of history that any country which has depended on Pakistan has only come to grief. Fifthly, we should not forget that nature could also play its part. The Karakoram Highway route through the Kunjerab Pass is not exactly the best economic corridor to rely on. The terrain this corridor traverses is unstable and prone to landslides and earthquakes. The carriageway will always be weak and uncertain. Consequently, flow rates will also be uncertain. What happens when a lot of money has been sunk, the corridor cannot deliver and Pakistan will definitely not pay up its dues? More unrest in the regions of Xinjiang and Tibet due to non-delivery; an economic sinkhole for China. Sixthly, by the time the CPEC comes into play and once the internal system of China gets realigned to the new normal in a few years, flow through the Malacca will reduce.

What happens when the CPEC starts to perform below par or is made to perform below par after that? Re energise Malacca? The burden of keeping both the carotids open will be huge on China. Lastly, the Chinese have to spend their penny in securing this new frontier which hither-to-fore they had neglected. The price will be heavy. Make no mistake! 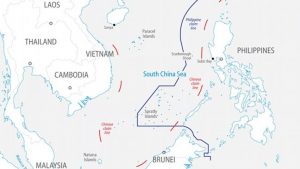 Then there are other facts of history. Whenever Beijing was powerful its hold on the outlying areas of Tibet and Xinjiang was strong. Whenever the Beijing dynasty was weak its outlying areas always raised a flag of rebellion, grappling towards independence. Is there a repeat likely? As long as China is strong politically and economically, it can and will keep the show going. What happens when the Chinese economy struggles? In this period of cooling down of the Chinese economy, though its performance has not been bad, there are question marks on its journey to superpower status. With globalisation stuttering and protectionism rising what is the future of the Chinese economy? Already there are whispers about the Great Leap Backwards. Can the Chinese economy support the ever increasing outreach in all directions including the South China Sea?

Another fact of history is that the Chinese haven’t the right elements of soft power to complement their hard power. Unlike the USA, there is no Hollywood to advance its reach. Philanthropy is alien to Chinese. Their language is resisted and least understood. Their history of adapting to the local culture, wherever they have gone, is poor. They are having their troubles in Hong Kong, also. All these will cost them in the long run and put a drain on their hard power. Is China the new USSR? Overstretched and facing strife. History reveals that USSR eventually broke due to overreach. We can reflect and discuss 10- 15 years later.

So where does it leave India? I would say in a happy position. We will continue to have our contradictions but we will manage them as we have done for the past six decades. Our troubles in Kashmir, the North East and LWE affected areas would not have vanished. They will still be managed. In 10 -15 years our nation will be definitely stronger in all quarters. The tortoise won’t stop.

The major difference in an Indo Chinese strategic calculus will be that the Chinese Carotids will be vulnerable to India. The fact that the Malacca Straits will continue to be dominated by us, is a given fact of geography. In fact, we should be on the other side of Malacca Straits, while developing stronger multi-lateral relationships with Japan, South Korea and Vietnam. Culturally, we need to exploit affinities and strengthen relations with Cambodia, Laos, Thailand, Malaysia, Philippines and Indonesia. This will give us a clear hold on the first Carotid. 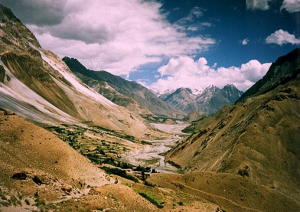 The second Carotid called the CPEC will be the new interest. There are sections of this corridor in Pakistan where uncertainties can be stoked. These are Baluchistan and Khyber Pakhtunkhwa and the Northern Areas. Remember what happened to the lines of communication of the US and International Security Assistance Force in Afghanistan. They were blocked regularly. Trucks torched and burnt by the dozens. USA had to pay its way through by bribing Pakistanis to maintain their limited forces. China will also have to pay its way through to maintain its people. There will be huge difference in numbers, volumes and issues, though. Maintaining a disciplined force of limited numbers for a finite period of time is different form maintaining a people indeterminately. It will be altogether different and far more demanding an equation.

The ownership of areas where the CPEC snakes through is disputed. That puts China in a sticky position, legally. After the rebuff on the South China Sea dispute at Hague, a new legal tangle has wide strategic ramifications. The costs of such hegemony will only grow for China. Last but not the least, there is a physical proximity of the CPEC to India. Any likely disruption to this corridor by us in a bilateral dispute between Pakistan and India will leave China without a leg to stand on. We do not have to actually do anything to it. An implied threat will disrupt the link.

Lastly, Indian Grip on both the carotids will continue to be strengthened by the Tibetan government in exile in India. Even if benign, its omnipresence leaves China bothered. The future looks very interesting indeed!