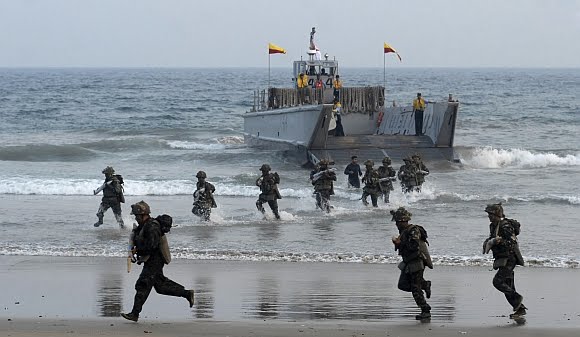 The Time For Enforcing Jointness Is Now

The fact that our forces lack jointness is a handicap that requires a great deal of dynamism in approach to overcome the resistance that could well be faced. The General, in his article, establishes the necessity of jointness, the ultimate creation of an appointment of CDS, and a step by step transition to joint theatre commands. The endeavour will require political will and perhaps even legislation to overcome the hurdles that would require to be negotiated.

The Time For Enforcing Jointness Is Now

Are the Indian Armed Forces adequately joint to face the challenges of the 21st Century? The answer to this question should be a categorical ‘’NO’’. Logically? we can ask, what has been done and more important, what is being done to ensure that the Indian Armed Forces become purple (Joint). But knowing our attachment to turfs, one premise may be fair to assume: that left to themselves the three Services will find it difficult to agree; just as they haven’t done so for decades. Therefore, it is time the government took the bull by the horn and enforced Jointness in the armed forces. What gives us hope is the Hon’ble Prime Minister’s track record of taking decisive action on critical issues, and this being a long pending one.

At the apex level there is a Chairman Chiefs of Staff Committee (the longest serving Service Chief tenets the appointment, in addition to being Chief of his own service). There is also the HQ Integrated Defence Staff (IDS) under an Army Commander equivalent officer – CISC, with 3 Star level Principal Staff Officers heading various streams including the Defence Intelligence Agency (DIA). In addition, we have the tri services Andaman & Nicobar Command (ANC) at Port Blair and the Strategic Forces Command (SFC) dealing with nuclear capabilities. The three army commander level heads i.e., CISC, Commander –in- Chief ANC & Commander SFC are rotated periodically between the three services. There are also some joint training institutions like NDA, DSSC, CDM & NDC, with a joint capsule conducted for the three Higher Command/equivalent courses. There is also some cross representation at various HQ, but it’s vintage and not designed to meet the requirements of modern warfare. All in all, it’s an antiquated system, with lots of loopholes, duplication that militate against unity of command; a key requirement of modern warfare.

In recent times two initiatives did focus on this issue i.e., The Kargil Review Committee and more recently The Naresh Chandra Committee. Both, especially the latter were not comprehensive enough, but even the mild versions enunciated in these reports have not been implemented, due mainly to the lack of enthusiasm amongst the political hierarchy and the stakeholders. So in some ways the time is opportune to start afresh and review this issue comprehensively and more important, thereafter, implement it.

In my view the best way forward is to adopt regressive planning i.e., first decide the end state and then work backwards how to achieve it; in stages, if necessary. To achieve true jointness we need to have the end state based on Integrated Theatres under 4 Star Generals/equivalent with all tri service assets under one man. At the apex level, should be a 5 Star Chief of Defence Staff (CDS) with integrated staff to support him. The Integrated Theatres should report to the CDS and through him to the Defence Minister and Cabinet Committee on Security. The Three Service Chiefs should head their Services and be responsible for manning, equipping, individual training and other misc aspects. The HQ Integrated Staff and the MoD should also be integrated to an optimum level to avoid duplication and unnecessary interference. In addition, there should be jointness in all supporting streams and structures i.e., logistics, medical etc. We may also consider a Military Cell suitably manned within the NSA, for coordination amongst all security and intelligence agencies and for fine tuning execution of plans.

* Western Theatre responsible for the Pakistan front from J&K to Kutch under an Army General.

* Southern Theatre responsible for Peninsular India and the island territories under a Navy Admiral.

* Central Theatre responsible for rest of India including Air Defence and Space under an Airforce Air Chief Marshal.

* The functional Commands like SFC, Cyber and Special Forces should be directly under the CDS and dedicated to the Theatres based on the operational requirement. Out of Area Contingencies should also be under the CDS incorporating the capabilities available with the Central and Southern Theatres whose charter should include Out of Area Contingencies.

The above, in essence, is the outline end state that is desirable; many more details will have to be coordinated, harmonised and the proposal fleshed out. Each Theatre will have appropriate tri service components and integrated staff, but all element will finally report to the Theatre Commander. Locations of the Theatre HQ can be decided based on operational and functional requirements.

The most important step is the execution and way forward. To avoid earlier pitfalls, it’s important that the complete road map and end state is approved by the CCS and if necessary, passed by. A suggested framework for the follow up is detailed below:-

* Appoint a Permanent Chairman COSC (four Star) and task him to flesh out the proposal and obtain CCS approval , thereafter, move it for approval of Parliament within one year.

* In the second year, put out detailed proposals and plans including redistribution of resources between the three Services.

* In the third year appoint a 5 Star CDS, which should be a tri service teneted appointment, QR for which may be decided by the Govt in advance. Whenever the CDS is from the Navy/Airforce, the No 2, VCDS should be from the Army. 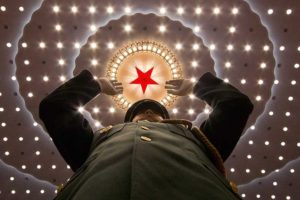 * After the appointment of the CDS, the Integrated Theatres need to be established over a two year period, as teething problems will take time to be ironed out.

China has recently initiated the establishment of Integrated Theatres, where manifold inter service problems are still being confronted and it will remain a work in progress for some time.

The model presented above, is the need of the future, keeping in view India’s rise, obligations and expectations. The grand strategic vision of our Prime Minister will need to be complimented by robust organisations and structures in the field of Diplomacy as well as Security. The time is opportune for the armed forces to begin the process now and complete it over a 4-5 year period. If the Services show reluctance, then it has to be enforced by the highest political authority and through an act of Parliament.