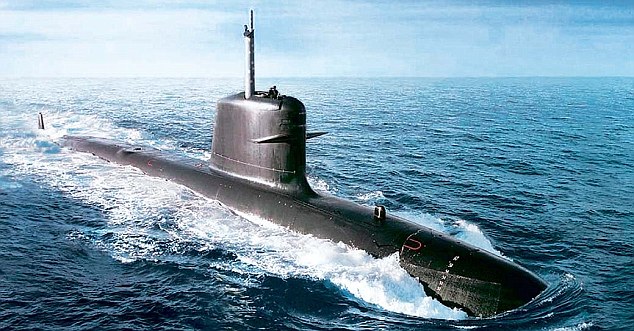 Turbulence in the Wake: The Scorpene Leaks are no Small Matter

Is the Scorpene leak a huge setback or a tactical speed bump for the Indian Navy? It’s perhaps an issue that requires scrutiny by professionals. The sole blessing so far is the fact that the leaks did not origin in India. However, the Indian political and Naval leadership has gone on record to state that it’s an issue that’s grave. Rear Admiral Sudarshan Y Shrikhande, in his article beneath, provides an analysis of the impact of the leaks based on information that’s available as of now.

TURBULENCE IN THE WAKE:  THE SCORPENE LEAKS ARE NO SMALL MATTER

Much has been written about the implications of the publication of some of what may be contained in the 20,000-plus pages of data of the Scorpene submarines that has been leaked out. The Raksha Mantri has cautioned that, “We must be prepared for the worst.” The Navy Chief has tweeted that the matter is being taken, “Very seriously”. There can be no question that the matter is indeed serious and that whatever measures may be put in place to mitigate the fallout would be necessary but may not necessarily amount to negating the impact at the tactical and operational levels.

At this stage, there is some relief, but not much comfort anyone can draw from the indicators that the leaks have not taken place due to any lapse on the part of the Indian builder, Mazagon Docks Limited (MDL). Undoubtedly, India would need to get to the bottom of the lapses wherever and whenever they took place. A simple way of looking at the issue is to rhetorically ask if India and the Indian Navy (IN) would not have operationally and tactically benefited if a similar quantum of data about say, the Agosta 90B or newer Chinese conventional/ nuclear submarines became available to us through a leak.

Another corollary, with the assumption that a newspaper in a third country had somehow got hold of this data and revealed some parts of it, would surely be  of  some concern to a potential buyer of say, the same class or another class of Chinese boats.

Unfortunately, that is not all. There is not much clarity about the number of ‘hands’ that this information has ended up in. It is quite likely that The Australian may not reveal all the information it has or may not be permitted to do so. It is possible that not all information was shared with the newspaper by the person who met the reporter. It is probable that the Australian Department of Defence (DoD) and security agencies may use their own levers to contain the leakage. It is possible that French agencies and the firm(s) concerned may end up cooperating with the Australian DoD and Indian MoD to candidly estimate  the ‘hands’ that got hold of the voluminous information and the ‘eyes’ that it was to be passed on to before ending up in a newspaper’s inbox.

The Royal Australian Navy (RAN) would justifiably be worried about many aspects of data, manuals, etc., that are now perhaps available to many who do not wish either the RAN or the IN well. The argument that the submarines

the RAN has contracted for are not quite like the Scorpene Class has some merit but lesser than some might want to believe. Why? Weapon, sensor, propulsion, stealth and platform design itself are more often than not a design and engineering continuum. Improvements are important, but usually incremental. Rarely are technological jumps possible within the same firm or conglomerate. In India this is perhaps difficult to appreciate because of the reality of our import dependence and the relative shallowness of our technological capabilities. (Admiral Arun Prakash, IE, 29 August and Commodore Uday Bhaskar, DNA, 30 August, among others have written about the perils about being such a major arms importer).

In many of the cases where there has been an improvement in the capabilities of platforms, foreign players sadly have had important roles. Their contributions have themselves been along their national and corporate technology continuum. Additionally, Australia, like India is similarly import-dependent and design and development-deficient. Its ships and submarines are usually complicated aggregations of hardware, software, weapons, sensors and machinery imported from several countries and companies. In turn, these are governed by complex agreements. As a consequence, such leaks create anxieties in many quarters, and not only for a major corporation like DCNS or its Australian partner.   So, while the selected DCNS boats (eg. the short fin Barracuda Class) would be substantially different from the Scorpenes, there are likely to be ‘DNA’ commonalities that could worry the Australians and others.

The issue of better information-security (infosec) protocols and arrangements could perhaps be addressed, but concerns would remain. Far more than any worries about infosec processes, is the aspect of corruption. No acquisition or info-handling process can be made corruption/ leak-proof because of greed for lucre; and just one such person can create sufficient harm. Add to this the importance of ‘knowing thy enemy’ that will spur adversaries to exploit these chinks for operational advantages of their own navies or commercial advantage for competing governments and government- backed corporate desire for business opportunities.

Only time may perhaps reveal what really is contained in the 20,000-plus pages. It may not be quite correct to say that these data is mainly what may have been in the IN’s qualitative requirements; or that operating manuals are less important than what you do with them; or that the data is far too generic to be of much use to adversaries.

Without going into the politics of playing up or playing down the implications of this leak, any navy operating the Scorpenes would be worried. Naval Staff Qualitative requirements are not generally voluminous. Even if brief, they may reveal what a particular navy feels it requires in specific areas of stealth, submerged endurance, speeds,  indiscretion rates, etc. Ultimately, it would be up to adversaries how they struggle to utilise the leaks, access what information may not have been leaked, exploit other chinks, and so on. It is likely that they would be somewhat higher on the curve of ‘know thy enemy’ than if the leaks had not happened.

If the history of anti-submarine warfare (ASW) of recent decades is studied carefully, great efforts are put in by most navies, essentially using their patrol aircraft with Low frequency analysis and ranging sensors like sonobuoys and submarines with towed arrays, to tail and tag adversarial and even friendly submarines. This effort helps them to shore up their complex data banks. It would be fair to remain concerned that at least some part of the 20,000 pages would enable them to establish a base level upon which to further build their info-banks. It is right, therefore, that the IN has viewed this seriously.

That said, the IN has already indicated that mitigating measures are being studied and would be put in place. While this may not have cost- penalties, assuming that the primary foreign firm shall be held to account, time is usually the biggest cost-penalty and cannot be measured in terms of money. 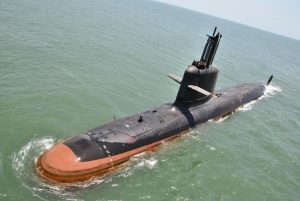 Second, and an obvious corollary, technological mitigation would not only need to alter the stealth parameters from those that may have been leaked, but to do so to, improve the stealthiness of the Kalveri class. This may not be quite so easy, because of the assumption that a customer and builder of submarines may already be working at the limits of technological possibility and of money availability for stealth and performance parameters.  Certainly, tactical mitigation, especially the factors of realism in training and boldness in combat would always be of prime importance. Nonetheless, tactical- mitigation measures may also have become a little more challenging because of the leaks. Undoubtedly, the IN will do what it takes. 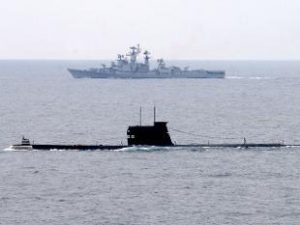 Finally, as many, including Admiral Prakash and Cmde Bhaskar have said, it is time to look at the continuing hazards of ‘Not Made in India’. Submarines, more than any other naval platform, signify the technological ladder of achievement in the instrument of sea power similar to what high-performance fighters are to air power. Furthermore, it is the submarine that shall continue to enjoy a high degree of opacity while being the capital ship of navies. With increasing combat loads of land-attack and anti-ship missiles, long-range torpedoes, mines and perhaps autonomous submersibles, all coupled to joint networks and coordinated with other military instruments, a submarine whether conventional or nuclear, is veritably the queen of the seas. Sadly, today we seem no nearer an indigenous design and a truly ‘Made in India’ submarine than we were two decades ago.

Why do we not have the fire in the belly for ‘Swavalamban’ (self-dependence) of a degree similar to the ‘Jiritsu’  that the Imperial Japanese Navy embraced in the 1880s itself?

In the end, while there is some relief that the leaks are not ‘Made in India’, where someday soon, our future submarines ought to be!