LEMOA: An Enabling Agreement, Not a War Pact

Quietly, almost without any fanfare, India and the United States signed an agreement that enables militaries of both countries to use each others’ facilities to replenish warships, aircraft and army troops.

Called the Logistics Exchange Memorandum of Agreement (LEMOA), the pact was signed in the presence of India’s Defence Minister Manohar Parrikar and US Secretary of Defence Ashton Carter at the Pentagon in Washington DC on Monday. In May this year, Carter and Parrikar had announced in Delhi an in-principle commitment to the 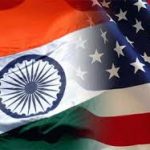 LEMOA. It is a customised version of the Logistics Support Agreement (LSA) or Acquisitions & Cross-Servicing Agreement (ACSA)– that the US has with a 100-odd countries across the world.

A Press release issued by the Indian Ministry of Defence states:

“LEMOA is a facilitating agreement that establishes basic terms, conditions, and procedures for reciprocal provision of Logistic Support, Supplies, and Services between the armed forces of India and the United States.”

Manohar Parrikar in US

Contrary to apprehensions expressed by critics about the intrusive nature of the pact, the LEMOA does not authorise establishment of any bases or does not provide for basing arrangements. Neither does the agreement create any obligations on either India or US to carry out any joint activity.

The discussion on the LEMOA or the LSA as its earlier avatar was called, has been in the works since the turn of the century but the two previous UPA governments had baulked at the idea mainly because India’s longest serving Defence Minister and UPA stalwart AK Antony was wary of giving a political handle to his Communist opponents in the state of Kerala.

Throughout the decade of the UPA’s rule, Antony— with his deep suspicion about anything that is American— made sure the agreement did not materialise. One other reason his supporters cite for Antony’s fierce opposition to any pact with the US was the UPA’s collective fear of offending China. Any commitment to join American military projects would mean China would become more suspicious of India and would work against New Delhi in international forums, went the argument. 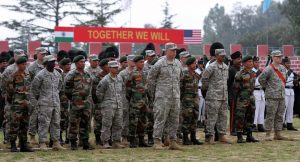 The Congress and Left parties have already expressed their reservations. The Congress said it will jeopardise India’s national, geo-global and strategic interests, while the CPI (M) stressed it “has compromised on Indian sovereignty and surrendered its strategic autonomy”.

The Modi government has however decided to overcome the hesitation and has gone ahead with the signing of the LEMOA which it insists is an enabling agreement and not a war pact.

Defence Ministry officials point out that the terms in the agreement are very clear on this count. “Logistics support for any other cooperative efforts shall only be provided on a case-by- case basis through prior mutual consent of the Parties, consistent with their respective laws, regulations and policies,” a part of the media statement said on Tuesday. 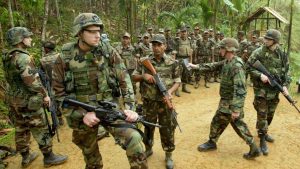 Part of the reason to go ahead and clinch the LEMOA is also perhaps New Delhi’s way of signalling to Beijing that India is willing to go further than it has gone so far in maintaining a balance of power in Asia and not allow China a free run in the geo-politics of the continent. In that context a tailor-made for India– and diluted LSA-
-now called LEMOA, is just the right message to China in the on-going tussle for influence in Asia.

Parrikar and Carter also made it clear in their respective remarks what LEMOA meant. “It (LEMOA) doesn’t have anything to do with the setting up of a base. It’s basically logistics support to each other’s fleet, like supply of fuel, supply of many other things which are required for joint operations, humanitarian assistance and many other relief operations. So, it will basically ensure that both navies can be supportive of each other in the joint venture operations we do, exercises we do,” Parrikar pointed out.

The clarifications notwithstanding, the implementation of LEMOA will be watched keenly by long-time India ally Russia. Moscow has been leery of the increasing India-US bonhomie for the past decade and made its displeasure clear at being displaced as the primary military hardware supplier by the US a number of times. How it will react to the new development will be a matter of interest. 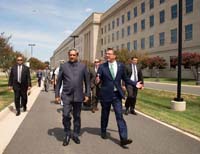 Parrikar and Carter, meeting for an unprecedented sixth time in the past one year, also made some progress in taking the Indo-US defence relationship a notch higher when they announced that the Defence Trade and Technology Initiative (DTTI)—Carter’s pet project when he was deputy secretary of Defence—has decided to broaden its agenda by setting up five new Joint Working Groups on: Naval Systems; Air Systems, Intelligence, Surveillance and Reconnaissance; Chemical and Biological Protection; and Other Systems. They also noted the signing of an Information Exchange Annex under the framework of the Aircraft Carrier Joint Working Group.

The upswing in the defence ties has been the centre-piece of improved India-US relationship. With LEMOA it has gone up a step up.