The US – China Trade War is on. Even after repeated meetings, an escalatory ladder is all that is visible. Both countries have major stakes. For the Chinese their grand Belt and Road Initiative could easily take a hit if their growth rate goes further south. It could also affect social cohesion in a totalitarian state. For the Americans, it’s maintaining their leadership position in the global order. The author analyses the cause and effects of this new format of a war: The Trade War.

On 10 May this year the US – China talks on Trade War, held in Washington failed. US raised the 10 per cent tariff imposed on 1570 items of Chinese imports worth 200 billion (bn) US dollars to 25 per cent. US have further threatened tariffs on the remaining 325 bn dollars Chinese imports with tariffs.

US and the West have often complained in the past of unfair Chinese trade practices. In 2017, US investigated the nature of the trade malpractices and in May 2018, imposed tariffs of 10 per cent on Chinese imports worth $200 bn. December 2018 saw both sides relenting and halting imposition of new tariffs.

China, since opening up, has wooed Western investments but with the proviso that all Western companies collaborate with a major Chinese partner and also handover Intellectual Property Rights of the products. Though unfair, it flooded China with FDI and major companies like General Motors, and Apple, amongst others, have benefited from cheap Chinese labour. China, in return, gained the technology, albeit causing heartburns in the bargain. In many spheres Chinese are now competing with Western companies selling similar products by selling at cheaper rates, due to State subsidies. All this has led to many nations having a negative trade balance with China, with Chinese exports to them far outstripping Chinese imports from these countries. 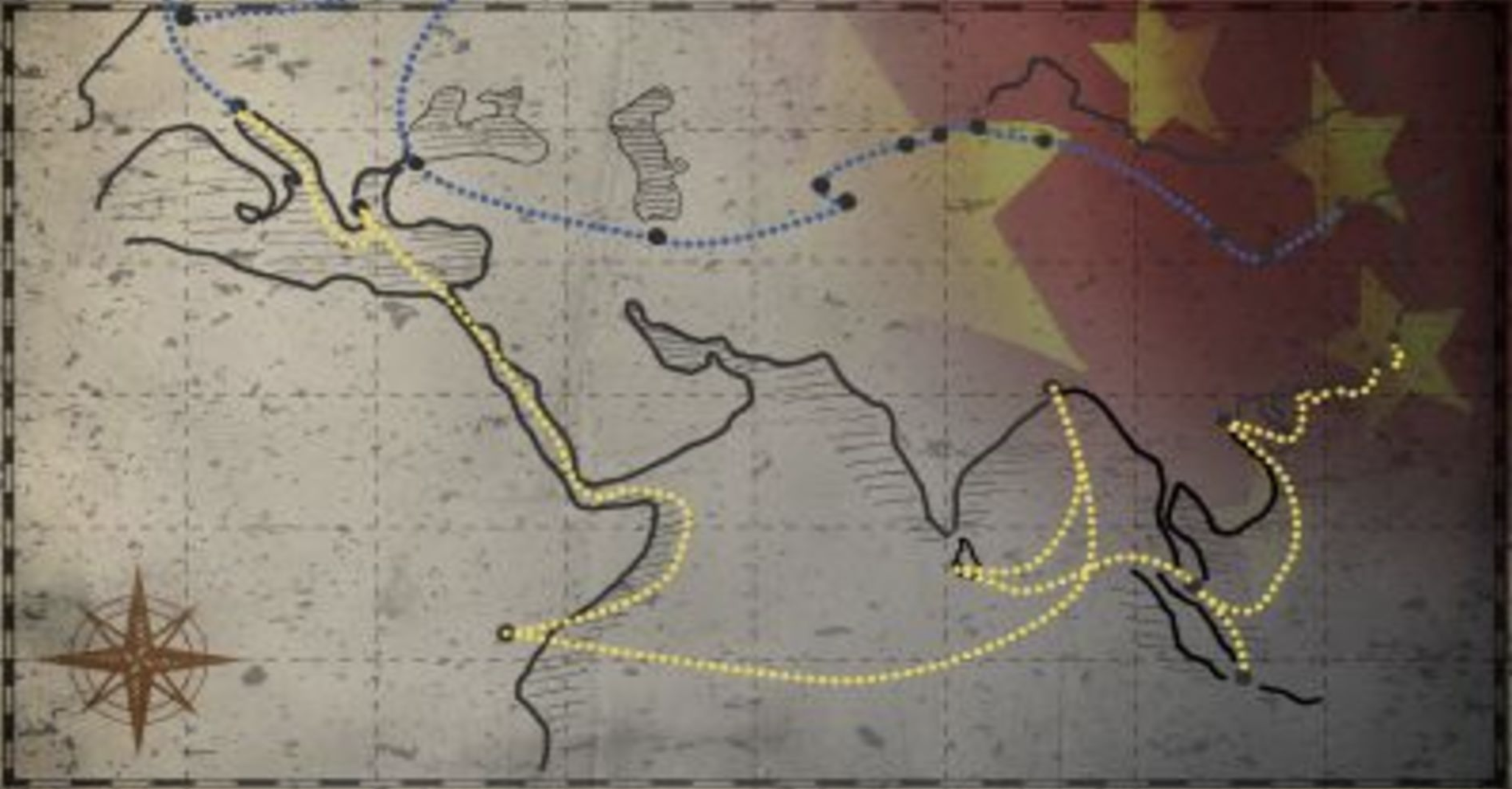 Added to the two above mentioned causes are the Chinese “Made in China 2025” project and its Belt Road Initiative (BRI). The Made in China 2025 project aims to develop cutting edge technologies such as Artificial Intelligence (AI), Robotics, high end military technologies like the Hypersonic Missiles and so on. These technologies are being subsidised by the State and therefore their cost is favorable when compared to their Western counterparts. Dominance of Chinese companies like Huawei and Ali Baba amongst others is also being viewed with suspicion. These threaten the hegemony of the West in cutting edge technologies and possibly is the biggest reason for this Trade War .

BRI across two-third of the world with many European countries and New Zealand too joining it, provides opportunities to China to find markets for its surplus industrial capacity. It also finds customers for their Make in China products. BRI encompasses mostly underdeveloped or developing nations who gain by Chinese investments in modernising or creating new infrastructure in power, ports, surface communications, telecommunications and in AI driven automation. BRI also strengthens trading in Yuan and it will slowly become the favored currency of the African, Central and South Asian countries, threatening the Dollar. All this undermines the influence of US around the world and challanges its hegemony.

China’s model of economy and trade are State dominated, subsidised. This is in contrast with the free market ethos of the West and a bone of contention.

Another sore point is the failure of economically strong China to reject a totalitarian regime for a western democratic liberal model.

It is friction of Free Trade economies with a State controlled economy which is technologically advanced, natural wealth endowed (less oil) and which plays by and adheres to its own rules, mostly.

The US imports of Chinese goods stood at $539 bn vis a vis US exports to China totaling $120 bn. This has created a huge trade imbalance and job losses in US, though US citizens have enjoyed cheaper imports.

In 2018, the US imposed tariffs at 10 -25 per cent on $250 bn of Chinese imports (47 per cent  of the total) ranging from handbags  to machinery.  Out of this, now $200 bn worth has been subjected to 25 per cent tariff. US has also threatened to levy tariff on $325 bn worth of additional Chinese imports soon.

China, in turn, imposed tariff on nearly 99 per cent of the US imports, amounting to $110 bn. Chemicals, vegetables, liquor and food grains have been targeted. It has targeted food grains like Soybean from the current Republican stronghold states to further add to the pressure. The US administration aims to hike prices of Chinese imports to a level where it becomes costlier than the domestic produce, thereby aiming to aid US industries and also generate jobs. It also aims to pressurize China to buy goods worth the current trade deficit worth of over $455 bn worth from US to reduce/ nullify this deficit.

US and Chinese Trade Deficits

China. It has trade deficit with many nations, major amongst them are Germany (it imports industrial machinery, cars ) of $ 27 bn. Australia supplies China with majority of its industrial raw materials like coal and iron ore and enjoys a trade surplus with China. Many East Asian nations such as Japan, Malaysia, South Korea and Thailand enjoy trade surpluses with China.

How can China Counter rising Tariffs

Measures China can adopt to retaliate and hurt US (most with some self-damaging effects too) are as follows:-

Till now, in US, the importers of Chinese goods have passed on the tariff to the customers by increasing the price. The escalation of the tariff to 25 per cent is also to be recovered from the US consumers. Inflation is not only being felt in finished Chinese imports but also US products using Chinese components under tariff. All this has reduced the purchasing power of the US customers and has hurt the US economy. 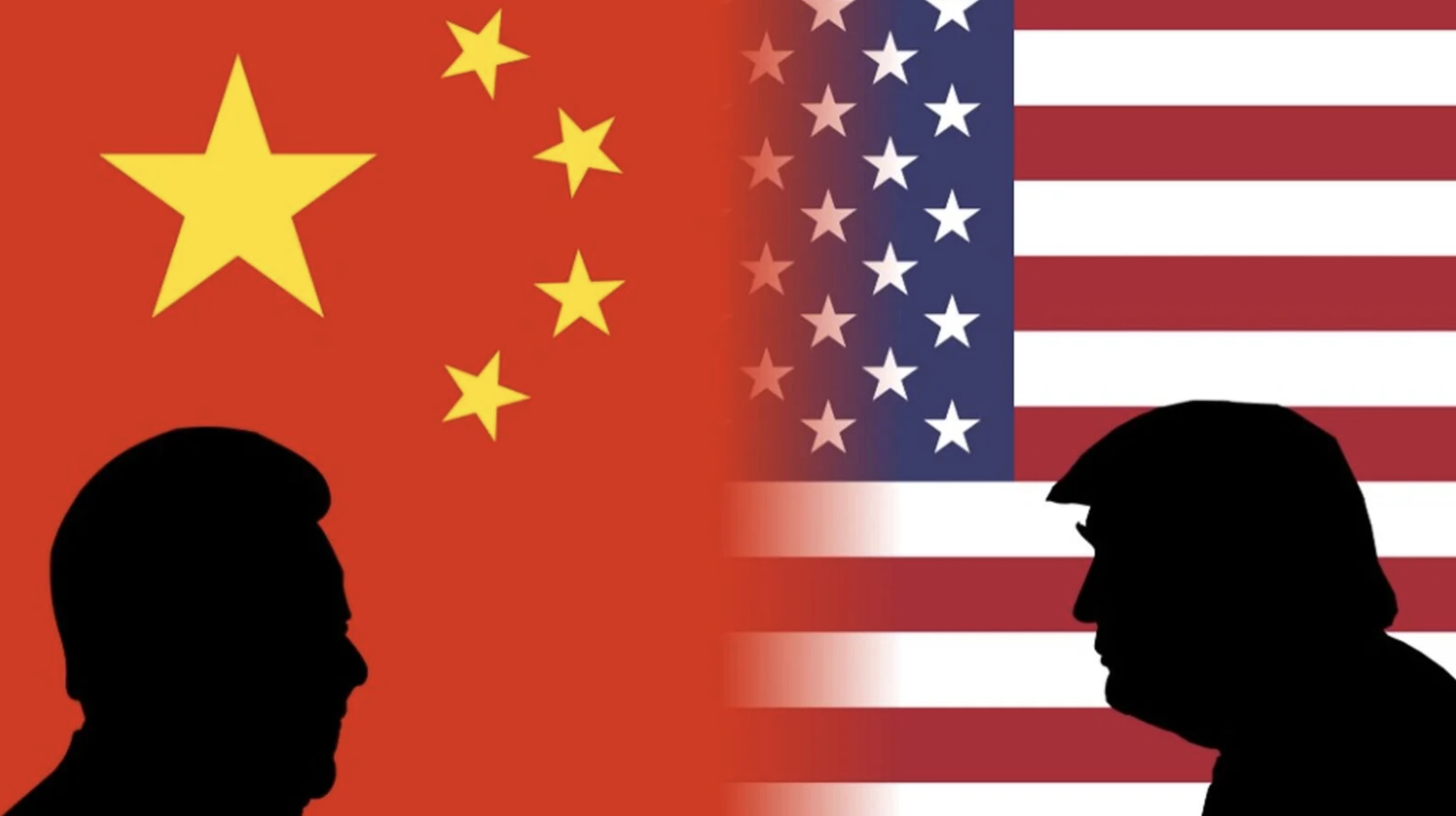 In China, State is duty bound to maintain social stability in all spheres. It can ill afford to pass the burden of tariffs to its citizens, fearing inflation. It has absorbed the increase and prevented spike in the prices of the US imports. This has resulted in a burden on the State which is already overstretched due to its Debt to GDP ratio of 300 per cent.

It is estimated that the hike in tariff will cost each US household an annual increase in expenditure by $800. It will precipitate a fall in demands and result in lesser Chinese imports. It will hurt China as it would have to cut production capacities leading to job losses and also cause social unrest.

Many foreign companies, fearing US tariffs on their products produced in China, have sought relocation in Vietnam, Malaysia, Indonesia and India. The cascading effects have hurt the Chinese economy, its employment opportunities and social cohesion.

China has stated that it will retaliate on the latest escalation of tariffs. As China’s GDP falls due to the Trade War (6.4 per cent in first quarter 2019 vis-a-vis 15.3 per cent for same period in 1993), an all out imposition of tariff on complete Chinese, as threatened by the US, will cause the Chinese economy to shrink by another 0.5 per cent. Slowing Chinese and US economies will have a ripple effect on other developed and developing economies as US and Chinese imports and their exports to these nations will reduce causing surplus capacities and loss of jobs

Can Trade War transform into a War

In the coming days the world will witness escalation of this Trade War but the chances of it escalating into a   military conflict appears bleak. The US is militarily stronger than China in all spheres of warfare. China, besides being inferior militarily, cannot afford an upheaval in all facets of its governance and society by venturing into an armed conflict. Social stability is the main plank which is sustaining China’s rise and the continuance of a totalitarian Chinese Communist government. A war will not only destroy China’s economy and military but also its global high profile initiatives including BRI. It might also result in the Communist rule facing great upheaval.

The US and the western powers want greater free access to  the Chinese market. They want protection of Intellectual Property Rights of products produced by their companies in China. They also want to compete in the Global market with Chinese companies on a level playing field, implying that the Chinese State should stop subsidies for its exports. In addition they want China to buy more from them, to reduce their trade deficit. But China is transforming itself from an export oriented economy to a consumer driven economy and now with  access to new and growing markets along its BRI initiative, it may find its revenues generated more easily from these markets rather than US and the West. It may then be able reduce its reliance on earning trade revenues from the markets of these advanced countries. However, for this to happen, China has to remain internally stable and retain focuse on its BRI initiative and its Make in China 2025 project. These two are China’s trump cards .A deeper interest of the ongoing Trade War is to stymie them. Their success may undermine US hegemony in the long run. But even then the chance of a war between these deeply enmeshed economies is not envisaged.

India has an opportunity now to convince Western companies eager to relocate from China, to establish their plants in India. Apple has already started a production centre in India. This will benefit Indian economy and create jobs. It can seek both US and Chinese markets to supply mainly agricultural products to negate the shortages felt of such commodities in these nations due to rise in tariffs of their imports. It can also seek to import high quality Chinese imports and cutting edge technologies from China in all sectors, under its Make in China 2025 project and ride on advanced technologies to propel its growth, albeit with caution.

The future is uncertain. Will it escalate to an all out Trade War or will in a month or so a status quo on present position be agreed to or will China / US blink first. If China blinks its ambitious projects of BRI and Make in China 2025 will get compromised. If US does, it loses some revenue and but earns a lot of goodwill from China and all around the globe.