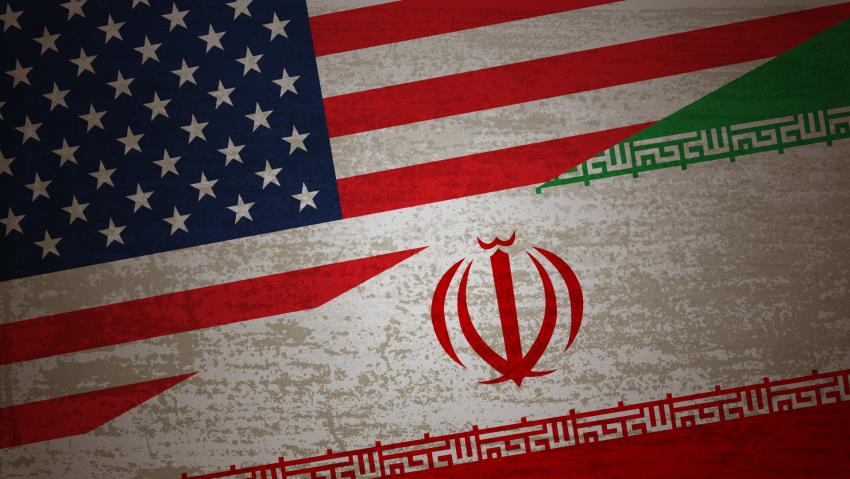 US-Iran: The Spat and the Standoff

The present imbroglio between the USA and Iran was expected. Candidate Trump in the run-up to the Presidency of the most powerful nation had vowed to withdraw from the Joint Comprehensive Plan of Action commonly known as Iran nuclear deal (JCPOA) signed by the P5+1 countries to bring phased denuclearisation of the Islamic Republic of Iran. It was dismissed by Trump as the “Worst deal ever”.

One may scoff at Trump and his abrasive style of diplomacy but can only discount his statements at one’s peril as Trump is probably the only leader who has tried to implement what he professed whether during the campaign or otherwise.

The Iranian regime had been seen as enhancing its politico-military influence in the region through its several proxies and empathisers in Iraq, Syria, Yemen and Lebanon. Saudi Arabia and Israel were mainly opposed to the Obama shift and considered the in-efficacious deal to be a tool for strengthening the so-called evil regime which could further undermine their security. Obama’s outreach to Iran was perceived to be a spurn by the Arab gulf regimes and Israel, who have

begun to align their interests in the region. It was meant to contain the expanding influence and capacity of Iran to intervene militarily with impunity through its proxies.

In keeping with his electoral promises and disdain for the international agreements, President Trump decided to withdraw from the JCPOA in 2016. He also re-imposed crippling sanctions on Iran to bring it to the negotiating table to redraw the contours of the agreement. Dismayed by his actions were the Europeans, Japan, China, India and others who heavily depended on the Iranian oil.

Russia, itself under the US sanctions and having close relations with Iran, combined with its re-emergence as a counterweight in the Middle East, found yet another platform to challenge the US hegemony. Another regional power –Turkey, at odds with the US cast its lot against the US sanctions against Iran.

Iran is not Iraq or Yemen and over decades has found a way to live with and circumvent the sanctions regime. It has also experienced the positive economic impact of the JCPOA. But in spite of the hardships due to the sanctions, it has acquired the resilience to survive and sustain.

Its geostrategic control over the Strait of Hormuz in the Persian Gulf provides it with a unique negotiating advantage. More than half the global trade and energy supplies go through the narrow Strait and are crucial for the energy security of the Asian countries.  Hence, safe passage and freedom of navigation are of paramount importance for global trade and energy transit.

President Trump has an unusual way of conducting diplomacy. He feels his maximum pressure strategy works as it did with the North Koreans.  Of course, most countries in the world would want to be on the right side of the hyperpower. But in this approach, the problem is compounded by inconsistency, lack of clarity of objectives and methodologies and above all shifting goalposts and expanding demands which will put a target country on the defensive. Under such conditions optimal results are unlikely.

Iran also reacted obstinately and expected and pressured its other deal partners especially Europeans to stand up and counter the adverse impact of US sanctions. It even began to renege on some of its obligations like breaching the Uranium enrichment limits every 60 days as a pressure tactic.

On the other hand, the US egged on by its partners in the region as well as to salvage its reputation, marshalled its fleets and forces to the Middle East beefing up its dozen or so bases there. Forces are being deployed even in Saudi Arabia supposedly to protect the interests of the US and some of its regional allies.

From the declarations made by both sides, irrespective of rising tensions as a result of attacks on oil tankers, mutual detention of ships by the UK and Iran, downing of the US military drone by Iran and President Trump’s last-minute decision not to attack Iranian assets in retaliation, one would infer that neither side wants the escalatory war and would prefer a dialogue. The sensible decision by President Trump against the advice and wishes of his hard-core trigger-happy advisers was the first real sign of détente and was appreciated by even the Iranians.  But the two sides should have their face-saving exit ramps.

During all the sabre-rattling, diplomacy is working overtime with Iranian Foreign Minister Javad Zarif visiting the US and even meeting Senator Rand Paul an authorised emissary of Trump. France, Japan, EU, Qatar and Oman are the others trying to diffuse the situation. 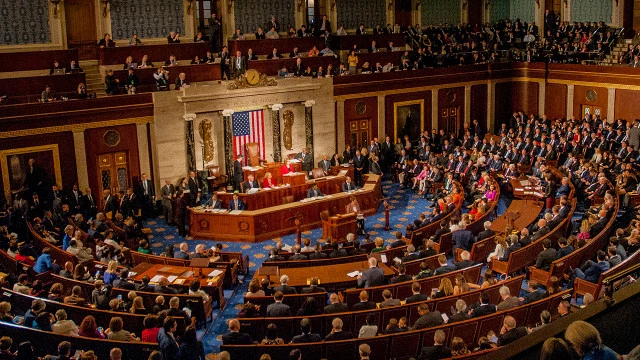 Meanwhile, the US Congress in a bipartisan vote passed legislation that would require Trump to seek Congressional approval before waging a war with Iran. Iran on its part has made certain overtures without being seen as blinking first which include signing off its intent not to pursue nuclear weapons and is even ready to discuss its missile programme. Trump’s so-called B-Team led by Bolton would have liked to “Bomb Iran to prevent it from making bombs.”

On the other hand, in this conflict, there are several non-state actors that could be involved in the event of Iran being attacked? It may not be able to inflict considerable damage on the US assets but unless comprehensively neutralised its missiles could convert the theatre into an irreparable war zone and the GCC countries and the world dependent on their oil and gas will suffer greatly with its resultant economic downturn.

It would be hybrid warfare in which all parties would be losers. Moreover, the activation of Houthis, Hamas and Hezbollah as well as Iranian controlled militias out of Iraq and elsewhere along with the Iranian Revolutionary Guards could create multiple hot spots. Meanwhile, the US asking for a ‘Coalition of the willing” to guard their assets in the Gulf has its repercussions for a nebulous alliance. As such, with the on-going Qatar blockade, GCC is a divided house.

The US itself has been unable to garner any support from its NATO allies to precipitate action against Iran. While Saudi Arabia and Israel, and to an extent UAE may want a much more precise and damaging action against the Iranian expansionism, they are not willing to fight alongside as they would be the ones suffering the onslaught. UAE has been careful in not directly accusing Iran of the attacks on the tankers but prefers the dialogue route to resolve the issues. Backchannel diplomacy along with Oman, Qatar and even Iraq has been on the anvil. 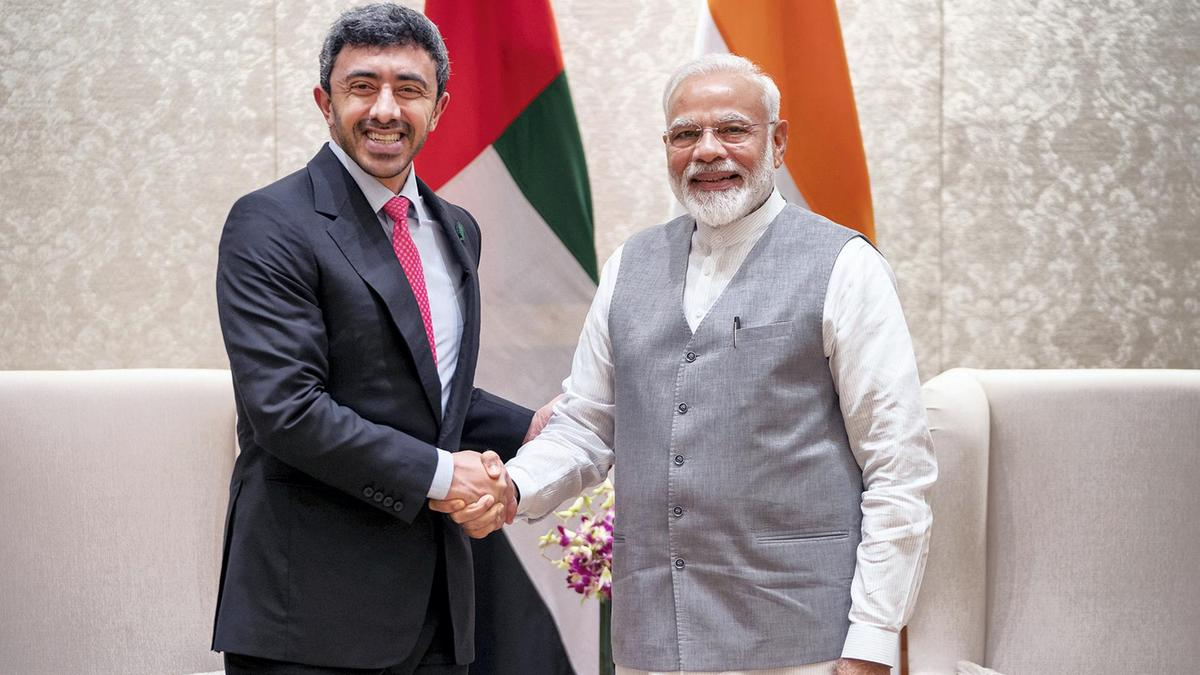 The UAE Foreign Minister Sheikh Abdullah bin Zayed al Nahyan during his visit to India also reiterated the same stance that dialogue, not war is the preferred option. But since there are several pressure points by virtue of the powerful non-state actors and militia groups along with the presence of diversified power centres in Iran itself, any accidental misadventure could conflagrate a preventable disaster.

A war would impact all major economies greatly, except the US and Russia who are competitors for the Middle Eastern oil and gas in the same Asian and European markets. Indian is hugely dependent on West Asia for its energy security and investments that have just begun to flow in. Almost 70 per cent of India’s oil and 90 per cent of gas requirements are met from the region.

From Iran alone India, till the recent sanctions were imposed, was importing almost 11 per cent of its crude which have now been reduced to almost zero peeving the Iranians. They had even sent their Foreign Minister to India just before the elections to work out some modus operandi. Iran, through the Chabahar port, has also emerged as a major partner for India’s access to Afghanistan, Central Asia and to an extent could become an alternative to China’s Belt and Road   project.  At the same time, India’s biggest problem in the event of an all-out war will be her eight million Indians in the GCC area.

India seems to have made a considered decision that for some analysts might appear to be adversely impacting on her strategic autonomy. Already we have witnessed the Indian seamen being caught amid tanker capture saga by the Iran and the UK since Indian crew on most commercial ships, predominate. Fortunately, both Iran and UK have either released or provided consular access to the detained crew.

India has its list of woes with the US in trade, technology and defence purchases areas where Trump would like India to comply with the sanctions against Iran and Russia. There are no simple choices and every decision will have its cascading effects.

The biggest success story of Prime Minister Modi’s foreign policy has been the exceptionally good bilateral relations with almost all countries in the region and dividends that it has begun to accrue for India. More importantly, India has acquired a definite salience and trust in the region and could play a more significant role in diffusing the crisis.

Meanwhile, all the stakeholders are keeping their fingers crossed and hoping that the worst would be stalled on the negotiating table itself. One may recall the words of Albert Einstein “Peace cannot be kept by force; it can only be achieved by understanding”.  If the efforts continue in the right direction one could witness some breakthrough by the time the UNGA starts. Let’s hope sage counsel prevails.