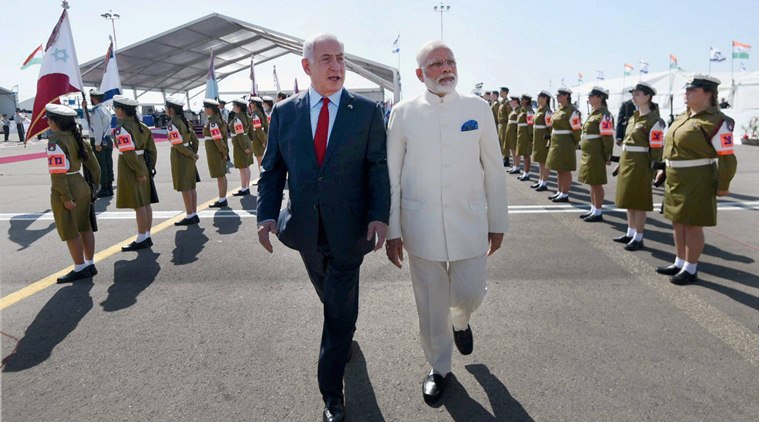 What India Really Needs To Import From Israel

Israel is among the lead Startup nations of the world. The Chinese investments in Israeli startups amount to $ 16.5 bn. Israelis are at the front end of technologies that could be used for both military and civil applications. India and Israel have now started co-operating in the startup arena with an innovation fund of $40 million.

The author also provides a glimpse of how the famed Israeli Unit 8200 works and the personnel gathering experience in it find it easier to get VC support. In our case, trained manpower of NTRO, military, signal and technical intelligence are not fully utilised post their stints in these organizations. The bigger import that needs to be sourced from the Israelis, is their open culture in the military and technological areas.

WHAT INDIA REALLY NEEDS TO IMPORT FROM ISRAEL

Indo-Israeli Defense co-operation received a boost recently, when PM Narendra Modi became the first Indian Prime Minister to visit Israel. The bonhomie between PM Modi & his counterpart PM Benjamin Netanyahu was there for all too see. The visit was made successful by a number of defense deal signed between the 2 countries worth $4.3 bn. This was an extension to an average of $1 billion per year in military equipment that India has been importing. Besides military deals there were other deals signed in the areas of agriculture, water conservation and space. 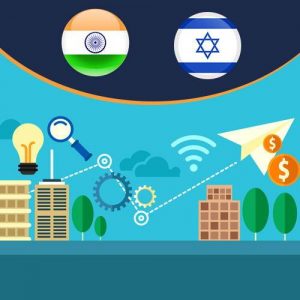 India and Israel have also started co-operating in the startup arena. They have setup an innovation of $40 million, started a joint innovation challenge (As part of Startup India campaign) & companies like Wipro are planning to partner with Israel’s Tel Aviv University to conduct joint research in emerging technologies.

For all the fan fair and bonhomie between the 2 countries, these deals are nowhere near the $16.5 bn that Chinese firms invested in Israeli startups last year. From cyber security & healthcare to Artificial Intelligence & Virtual reality, Chinese investors are on a buying spree in Israel, which is rightly called a “Start-Up Nation”.

Developing an indigenous technologically capable nation has been the goal of leaders of the nations since independence. Israel took the threat to their survival head on and made the nation self-reliant. This then translated into their biggest export – Military & Civilian technology. If India wants its own Startup Nation dream to come true, the most important thing that we need to import from Israel is their open culture when it comes to military & civilian technology.

Unit 8200 & Beyond: Within the IDF, there is an elite unit called 8200 (Israeli counterpart to US National Security Agency), which comprises of the brightest minds in computer science, electronics & telecommunications. Each team within 8200 operates independently and 18-year-olds recently drafted by the IDF are tasked to find, track and stop terrorists. When their counterparts in India & across the globe are busy watching the latest episodes of Game of Thrones, they are given responsibility of protecting lives of civilians and their IDF colleagues.

For VCs in Israel, it matters which unit one serves in the IDF & alumni of Unit 8200 are considered to be the best. They come out of their service and develop civilian applications of what they have learned, thus becoming the source of many successful tech-startups in Israel.

Opening up of Indian Intelligence Services: Unlike their Israeli counterparts, there is very little information available on the talent pool that frees up from NTRO, Signal Intelligence of the Military and technical intelligence wings of R&AW and IB. There is no visible transfer of IP & technological skills from military/intelligence applications to civilian usage. This large alumni group is the untapped potential that the startup ecosystem in India needs, if they want to compete with their counterparts in US, Israel or China. Our startup technological skill set still lags behind by 3-5 years. Any individual who has hands-on experience in cyber security or military drone operation is extremely valuable and has the potential to contribute to India’s economic growth race to catch up.

Military Industrial Complex & Startups: Let us be clear on this, despite all the push for ‘Make in India’, it will be very difficult for us to create a manufacturing hub like Shenzhen in India. What we can do is diversify and find our niche in manufacturing.

Despite all the terror threats and multiple wars, Israel became a hub for chip-manufacturing giant Intel. India is also the biggest client of the ‘Israel Aerospace Industries (IAI)’ which despite having government support is a private enterprise.

India on the other hand still has a nascent Makers Movement. Companies like Apple deciding to open up an assembly shop in India might be a step in the right direction, but it is not enough.

India took the first steps by changing its Defense Procurement Policy(DPP) last year – Allowing 49% FDI, and a minimum of 40% indigenous content requirement. But there is no active platform setup by the government to allow new indigenous players to come up. If India wants to change its status as the largest importer of defense equipment in the word, it has to actively support the creation of an indigenous Military Industrial complex consisting a mix of PSUs, Traditional big corporations and Startups (as private contractors) who disrupt the system every now & then.

Making this a reality will require a huge change in the prevailing culture in our bureaucracy & security agencies. This can only happen with a strong political backing from the highest echelons of the nation. With a single party government in the center, there can never be a better time to take action.

Works as a Business Consultant for Cognizant. His domain of work is Analytics, Data Management & AI. He has aroundfive years of experience in Technology domain. He is an MBA (Marketing) graduate 2013-15 from NMIMS Mumbai & Computer Science Engineering in 2010 from NIT Silchar.