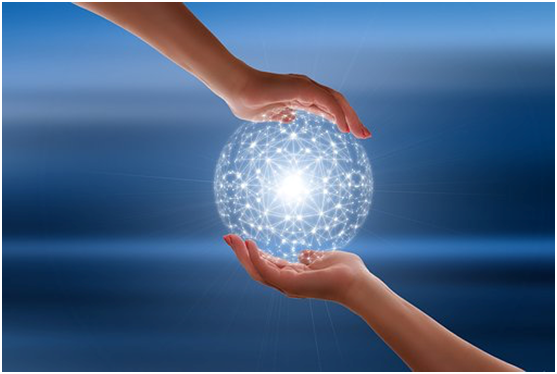 “So the universe is constantly moving in the direction of higher evolutionary impulses, creativity, abstraction, and meaning.”- Deepak Chopra

The surfers rejoice at the thought of enhanced ‘G’, in this case alluding to the generational shift, the fighter pilots on the other hand abhor the thought of being subjected to the enhanced ‘G’, referred to as the ‘G effects’ for the force or “pull” of gravity upon a body leading to diminished blood flow and the consequently, diminished oxygen supply to the head,in turn leading to disturbances of vision, inability to coordinate muscular activity, and consequently, unconsciousness! The varied connotation of ‘G’ puts one in a Spot! (pun intended); but I am not biding for that spectrum in this interlude.

In Chemistry, ‘Le Châtelier’s Principle’ is simply a quick way to determine which way the reaction will run in response to a stress applied to a system at a state of equilibrium. Whilst, chemistry between nation states, romanticized by the Westphalian model, when the prospect of a Roman Catholic reconquest of Europe vanished forever, today the same chemistry is practised as “the art of conducting negotiations” and “a skill in handling affairs without arousing hostility”; loosely referred to as ‘soft power’ play.

The onset of US-China trade imbroglio has seemingly factored the inevitable‘Power Transition Theory’ focusing on the differential growth rates and their effect on altering relative power between nations. The established theory has a high conflict potential with the nascent power challenging the established one for equivalence to alter the status-quo also known as the ‘Thucydides Trap.’

The story of China’s telecom giant ‘Huawei’, with a distinct advantage in deploying 5G networks capable of transforming national economies, in this context, has major implications for the United States.

The game is about harnessing the power of emerging ‘Fifth Generation (5G)Digital Technologies’. Download speeds touching mega proportions with up to 20 gigabits per second being achieved, leading to a plethora of options for utilities, in contrast with the poor cousins of yesteryears. 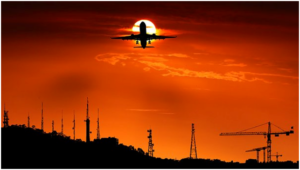 The aspect of speeds is only one facet of 5G. The other and more imaginative one is the enhanced number of connections between billions of devices in the spectrum. 5G will facilitate networking smart refrigerators and driverless cars with data transmissions with least lag, to make AI-powered decisions through near-instantaneous communication with cloud computing servers. The constant communication between them would make the web complete with the Internet of Things (IoT). Welcome to the surreal world of speed and omnibus connectivity.

Augmented Reality and Virtual Reality (AR/VR) would also get supported in addition to a host of other applications in the field of industry, manufacturing, healthcare, agriculture and supply chain. Due to the centralization of the computing resources, large data volumes over the spectrum would require allocation and bandwidth to support other faceted outcomes like education, meetings, inspections and training, all alluding to a particular ‘frequency allocation’.

Usher in an era of Spectrum Allocation, and recall with skepticism what the country went through with 2G auctions.

It was in the 1980s that the first generation technology made communication over cellular phone possible. The next generation referred to as 2G, brought in efficient and secure calls, introducing text messaging. 3G brought in the smartphones and their attendant benefits. In 2008, 4G/ Long-Term Evolution (LTE), a name given by the regulating body to the technology used in pursuit of 4G standards applying generally to the idea of improving wireless broadband speeds to meet increasing demands, and to adhere to a set of speed and connection standards. 4G also ushered in the concept of mobile hot spots with at least one gigabit per second and streaming high definition videos on the phone.

The full impact of 5G’s socio-economic benefit is dependent on access to a variety of spectrum resources, including millimeter-wave (mmWave) bands between 24 GHz and 86 GHz. The spectrum allows for the increase in both the bandwidth and capacity that the 5G applications require. Not only will it facilitate enhanced mobile data services but also wireless broadband remote object manipulation, industrial automation, virtual and augmented reality and next-generation connectivity for vehicles.

Post the re-election of the NDA government under PM Modi, the Telecom Ministry has announced its intention of holding spectrum auctions in 2019 and 5G trials within 100 days. The National Digital Communications Policy notified on 22, October 2018 is a reckoner to drive the reforms. As per sources in the media, The Telecom Regulatory Authority of India (TRAI) has recommended auction of 8,644 MHz including 5G at an estimated total base Reserve Price of Rs 4.9 lakh crore (approx), but the financially over-stressed industry has contended the prices as unaffordable stating that the spectrum is overpriced by 30-40 per cent compared to markets like South Korea and the US.

A DoT committee recently cleared the proposal to allow Bharti Airtel, Vodafone Idea and Reliance Jio to conduct 5G spectrum trials for a period of three months, which, based on the operators’ request, has been extended to a year. Samsung, Nokia and Ericsson have been selected as the equipment vendors. They have also bid to the DoT committee, to “take a relaxed approach for allowing quantum of the spectrum and look at awarding non-interfering radio waves for trials.” The decision on the participation of Huawei in India trials awaits government nod.

Technically, no standard telecommunications hardware by default incorporates the mmWave frequency. However, radio frequencies in the mmWave band have specific limitations like obstruction sensitivity. As per a DoT communiqué, the government was in the process of “Identifying and making available new spectrum bands for access and backhaul segments for timely deployment and growth of 5G networks, making available harmonized and contiguous spectrum required for deployment of next generation access technologies for making adequate spectrum available for being equipped for the new broadband era”.

TRAI Secretary also stated that “Reliability and Security were the critical areas of 5G, and fiberisation (fiber Optics cabling) was much needed for achieving the goal.”

The United States understandably favours mmWave transmission currently as shorter wavelengths make for narrower beams that enhance resolution and security of data transmissions. That is the reason that frequencies between30 and 300 GHz are being preferred. The flip side, of course, being that ranges are restricted and they are unable to penetrate obstacles like walls and human bodies. For countries adopting the short wavelength, dense and expansive network of base stations to ensure reliability in connectivity would need to be established. The US is also known to be deploying ‘non-standalone 5G-enhanced mobile broadband’ that piggybacks the existing 4G/ LTE networks, enabling a tenfold increase in download speeds for mobile devices and are, therefore, more evolutionary than revolutionary.

China, on the other hand, favours low-frequency transmission, in the 3 and 4 GHz bands (also referred to as the sub-6 GHz configuration). The strategy enables Chinese telecoms to roll out 5G with fewer base stations, as the wavelengths in these bands are able to penetrate obstacles. Meanwhile, the debate on which bandwidth to be adopting for rolling out the 5G matrixes ensues.

Spectrum allocation has a telling impact on economics. As per the UK based, WRC series Study on Socio-Economic Benefits of 5G Services provided in mmWave Bands, the country that rolls out the first national 5G networks could dominate the pack by selling 5G equipment and services internationally to other countries that have been slower off the blocks. The study concludes by reinforcing the economics angle where as per its own estimates, by 2034, mm Wave spectrum would cause an increase of $565 billion in global GDP and $152 billion in tax revenue. 25 per cent accrued from the value of 5G.

Reliance and dependency on technology almost always come with attendant consequences. When national economies become heavily dependent on 5G networks with networking ancillaries laden with backdoors and other vulnerabilities, the implications could be geopolitical- the reason the US has placed Huawei on the entity listing, citing security considerations, with fears that Huawei’s equipment could be used as a Trojan horse by Chinese Intelligence Services; although the truth may lie somewhere in between for economic considerations.

The Australians conducted a 5G war-game that brought out the vulnerabilities in going along with the Huawei networks. Caught between security concerns and competitive pricing, the western allies are following the US mandate on banning Huawei. After all, 5G will be integral to the communications at the heart of a country’s critical infrastructure – everything from electric power to water supplies and sewage. 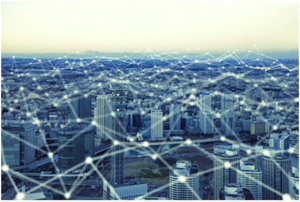 With more number of devices connected and the Cloud servers being extensively used, there are multi-faceted attack profiles manifesting. ‘Cross Domain Security,’ since 5G would operate along with the existing spectrum and the concept of ‘Secure-by-Design’ is considered vital to be incorporating at the design and development stage itself. For the IoT, there is a ‘Cross-Layer’ security that is considered essential. ‘End-to-End’ security to ensure safe connections for the communication paths between the user and the core network must be judiciously secured.
As per the Journal of ICT Standardization, 5G securities would require a multi-pronged approach to include Trust models, Authentication and Key Agreement (AKA), and an Extensible Authentication Protocol (EAP) based secondary authentication. The challenges are many to attend to.
Future Peak a Boo

Spectrum plays a critical role in realising the full extent of these new capabilities. In India’s case, as brought out by the Digital Communications Commission (DCC), the plan is to make affordable 5G services including ‘Fibre-To-The-Home’ (FTTH) internet in rural areas possible. As per DCC, “The idea of 5G is beyond just smart cars and smart cities, and includes services like rural health and education.” These recommendations are in line with the PM’s vision of ensuring ‘broadband for all.’

The trend being spoken of is referred to as ‘Digital Nomadism’ and remote working, where within a decade, one in three employees would be expected to be based away from the office. Remote workers with seemingly instantaneous connectivity will be able to access files and participate in live HD meetings without any performance issues. The sci-fi inspired AR live conferences of the big screen also may just be a few years away.

The Rules of Engagement (RoE) will have undergone a renaissance and instilled a dramatic change in the nature of war. Infliction of economic harm, disruption of civil life and defeat of adversary is solicited not by bullets and bombs but through ‘Bits and Bytes!’Its time we took a holistic appraisal and the polity involved include all stakeholders from the planning stages itself so that better understanding and optimum utilization of resources accrue.

Who would want to see a repeat of the hazards or otherwise of locating the telecom towers at shadow locations in the midst of population centres or in restricted defence zones resulting in poor connectivity in spite of being on the throes of a digital era? Its time the kaleidoscope reflects the proverbial rainbow in all its hues, for as the saying goes, “if you have the eyes, you shall see it, but if you have the wisdom, you shall create it!”