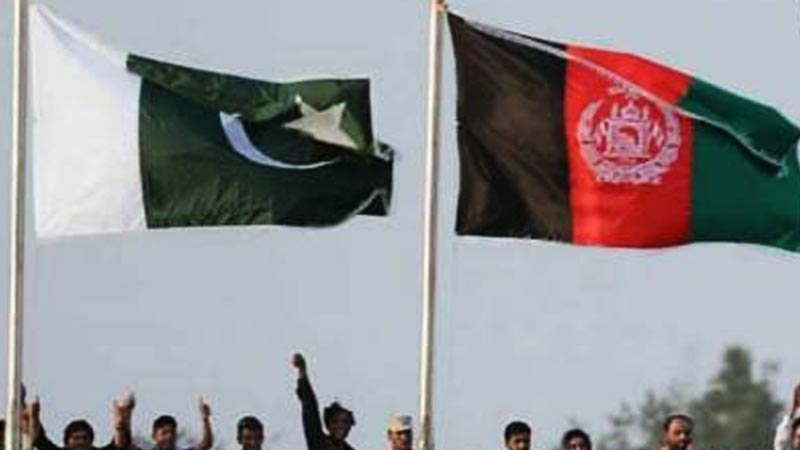 Khalilzad has been retained, as of now, by the Biden administration. Is that a reflection of continuity in the US policy for resolving the Afghan issue? Is it based on an old Democrat hope that Afghanistan can be resolved if the current policy is pursued? The author attempts an analysis.

The US National Security Advisor, Jack Sullivan, spoke to his Afghan counterpart, Hamdullah Mohib, and stated that the US would support the peace process in an effort to achieve ‘A durable and just political settlement and permanent ceasefire.’ He also added that the US will review the peace deal reached with the Taliban under the Trump administration. National Security Council spokesperson, Emily Horne, stated that the review will include assessing whether the Taliban was living up to its commitments to cut ties with terrorist groups, to reduce violence in Afghanistan, and to engage in meaningful negotiations with the Afghan government and other stakeholders.’

The US Secretary of State Antony Blinken spoke to President Ashraf Ghani in Kabul and reiterated the same. In his confirmation hearing, Blinken had stated, “We want to retain some capacity to deal with any resurgence of terrorism, which is what brought us there in the first place.” He, however, asked Khalilzad, the US special envoy for Afghanistan under the Trump administration, to continue in his assignment till May. While the US has good intentions, the retention of Khalilzad is an error as he is responsible for the mess which continues unabated in the country and allows Pakistan to exploit the situation.

SM Qureshi, the Pakistani Foreign Minister urged the Biden administration, in an interview with Al Jazeera, to, “Persevere with the Afghan peace deal which was signed in Doha between the United States and Taliban last year and not reverse things.” Simultaneously, a senior NATO official stated, “There will be no full withdrawal by allies by the end of April. Conditions have not been met.” There are an estimated 10,000 foreign troops in Afghanistan, in addition to 2,500 of the US.

President Ashraf Ghani’s spokesman stated, “We have a partnership against joint threats with NATO. Our campaign is also a joint one, and any decision will be taken after evaluating the threat jointly too.” These multitudes of comments have raised doubts on the status of the current talks and the agreement signed last year. As per the agreement all international troops were to withdraw prior to May 2021 in return for the Taliban fulfilling security guarantees. It’s for certain that this will not happen.

Pakistan, which claims to have facilitated the deal, has supported the Taliban in openly flouting the agreement. Apart from convincing the Taliban to sit at the table with the Afghan government, it has refused to act. The standard excuse of Pakistan is that it does not possess the power to push the Taliban to deliver.

The visit in January by Taliban members of the negotiating team to Pakistan had photographs of them visiting training camps where Taliban fighters were being trained and hospitals where injured Taliban fighters were being treated. It indicates that Pakistan is providing the Taliban with recruits, training facilities, weapons, medical cover and funds.

None of these visits was criticised by Khalilzad as if the US was willing to let Pakistan continue supporting violence in Afghanistan. The Taliban negotiating team in Qatar has stated on multiple occasions, that their discussions with the Afghan government will be based on guidelines from their leadership based in Pakistan (implying the ISI?). The accepted top echelon of the Taliban leadership is the Quetta Shura, housed and protected by Pakistan. No wonder the Afghan government has been accusing Pakistan of being behind all recent attacks and blasts in the country. Tensions between Pakistan and Afghanistan are on the rise.

Pakistan had hoped that the US-brokered deal would bring the Taliban to power in Afghanistan, opening doors for it and China to exploit the country. It had hoped that this action would enable them to shift focus on Kashmir or reignite the Khalistan bogey. The desperation displayed by Khalilzad to push through the Doha agreement led to Pakistan not being under the scanner in its support to terrorist groups against its neighbours. It was only the FATF that has put spokes on Pakistan’s strategy of employing terrorism to further its foreign policies.

SM Qureshi has repeatedly stated that the road to Afghanistan is through Kashmir, hoping to bring the US into the Kashmir issue. The US has never fallen for this as it knows India would never accept any interference on Kashmir. India is a far closer ally to the US than Pakistan will ever be. Yet, the reality is that the road to peace in Afghanistan is through Pakistan.

Pakistan has its worries in Afghanistan. The foremost being increasing Indian involvement in Afghanistan’s development. It has led to increased domestic support for India and anger against Pakistan. Pakistan would like to reverse the trend. Further, Pakistan sought to use its leverage in Afghanistan to seek global intervention in Kashmir, which has failed. Finally, Pakistan fears that if it enhances pressure on the Taliban, it could turn its guns towards Pakistan, adding to the growing internal security issues. There are also influential senior elements within the Pakistan army who sympathize with the Taliban and would resist any such decision.

The US has options that it must consider for enforcing peace in Afghanistan and compel Pakistan to push the Taliban towards serious talks. The first option is through the FATF card; threatening to continue keeping them in the grey zone or even pushing it onto the Blacklist if it does not force the Taliban to act. This is currently ongoing and despite Pakistan having implemented the majority of the conditionalities, continues to languish in the Greylist. It could also push international funding agencies into using FATF rules to slow down loans to Pakistan. In case the Taliban acts responsibly, it could be freed from FATF pressures.

A far more threatening option is to declare Pakistan a terrorist state. Pakistan must realise that it’s value to the US and the West remains as long as its troops are deployed in Afghanistan. In case the US and NATO pullout from Afghanistan, a civil war could break out and Pakistan would also have no leverage left with the West. Further, the civil war would push additional millions of refugees into Pakistan adding to its instability and economic ruin.

In no case can Pakistan handle two hot borders, India and Afghanistan, as also a deteriorating internal security environment. The Baluch insurgency is rising, and the Chinese are adding pressure on Pakistan to enhance deployment in Baluchistan to protect CPEC projects. Increasing pressure on the Taliban to move faster in talks would lead to enhanced TTP (Tehreek-e-Taliban Pakistan) attacks, backed by the Taliban in its Eastern provinces. The support to the TTP by the Haqqani network is a reality.

Pakistan is caught between the proverbial frying pan and the fire. A possibility of this dangerous scenario emerging has pushed Pakistan to cool its other border; with India. Hence, the willingness to agree to a ceasefire along the LoC.

The current US administration must revisit the Khalilzad agreement. It cannot let the Taliban, backed by a hungry Pakistan, on the bidding of China, ruin and exploit a nation, which has changed in culture and embraced democracy. The Taliban must know that the country will no longer be given to them on a platter. They could form a part of governance but NOT be rulers of the nation. This message must go to them and their supporters in Pakistan.

Simultaneously, Pakistan must be pushed to act. If need be, the George Bush dictum of post-2001, ‘with us or against us,’ must be reapplied. Pakistan has to choose which side to support. It must no longer be permitted to play both sides; the US and Taliban. It has to choose. For India, its investments in Afghanistan and support to the Ashraf government and intra-Afghan talks must continue. Despite Pakistan endeavours, India will remain a major player in the region.