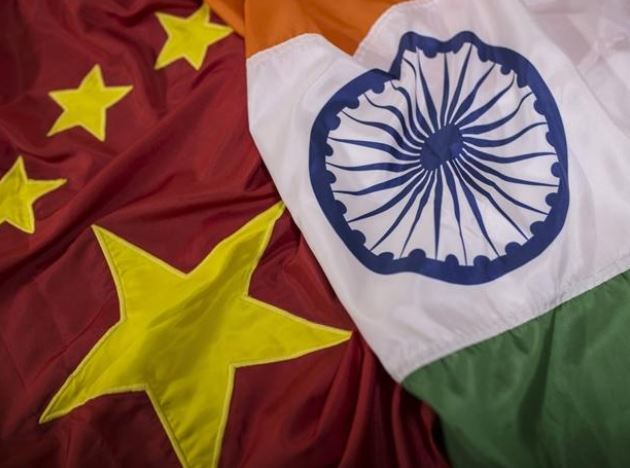 Thailand cancelling the Kra Canal project and postponing the purchase of two Yuan-class S26T submarines to 2022 has been a major setback for the Chinese. Similarly, Sri Lanka made a striking move when it awarded the contract to develop the East Colombo Port Terminal to India and Japan with a 49 per cent stake. This was seen as compensation for Hambantota. Indo-Bangladesh defence cooperation also received a major push with an agreement to build defence equipment jointly by exploiting each other’s potential and cooperation in multiple sectors including defence and security.

India had also started strengthening its ties with Myanmar by gifting a submarine and other defence equipment and 3000 vials of Remdesivir to treat  COVID cases during the joint visit of the Foreign Secretary and Chief of Army Staff (COAS) of India to Myanmar. Going further, despite facing an acute economic downturn, India has set aside substantial foreign aid amounting to Rs. 7000 crore for its neighbours.

But the real advantage India achieved on the global stage was with its vaccine diplomacy, fully exploiting its pharma edge with supplies/gifts of vaccines to a large number of countries. India decided on providing the vaccines even as it continues with a serious situation at home.  Besides Vaccine Test Kits, PPE and medicines for corona at the cheapest prices in the world have also been supplied to mitigate the worldwide crises.

Brazil is a case in point. The country has cancelled its orders on China and has instead ordered 2 million doses from India. Going further, India has already agreed to supply over one billion vaccines to various countries of the world and the WHO backed the Covax initiative for poorer countries. As of the last count, 92 nations are to receive Indian made vaccines.

Even as India was basking in the success of its vaccine diplomacy, the Chinese have struck again. The first and probably the most obvious being the coup in Myanmar. Although the military junta Commander in Chief, General Min Aung Hlaing is not known to be either too close to China or India, the way Xi Jinping has supported the military rule in Myanmar by vetoing the proposal in the UNSC to condemn the military coup, is likely to bring Myanmar and China closer. India has been guarded, avoiding outright condemnation of the coup but gradually raising the pitch. However, China maintains the position that happenings in Myanmar are its internal affairs.

Before the coup, Myanmar had cancelled many BRI projects, clearing only nine out of the 38 projects proposed by China including the suspension of the prestigious Myitsone Dam project. Chinese investments and projects under BRI will make Myanmar heavily dependent on China. The US proposed sanctions on Myanmar will worsen the situation and drive Myanmar closer to China. On the other hand, Indian trade with Myanmar stands at a paltry USD 1.5 billion and is inadequate to match the Chinese in Myanmar. The Myanmar situation is tricky for India; it will have to be realpolitik in furtherance of national interests since Myanmar is the bridge to India’s Act East Policy.

The termination of the contract to develop the East Colombo Terminal (ECT) Port by Sri Lanka had led to an embarrassment for the Government of India, however strong the justifications to do so maybe for Sri Lanka. Even Japan is not very happy with the decision. Sri Lanka has offered the development of the West Colombo Terminal (WCT) as an alternative. The project appears commercially viable and India and Japan will have an 85 per cent stake in the WCT as compared to 49 per cent in the ECT. However, WCT being a greenfield project will pose a major challenge. Further, there is no guarantee that the WCT contract will not be cancelled by Sri Lanka, either.

The third security concern is the political instability in Nepal. Although the failure of the Chinese Vice Minister Guo Yezhou and the Chinese Ambassador Hou Yanqi to bring the warring factions of NCP together should be seen as an ‘advantage for India’, a careful analysis would suggest otherwise. There is a growing resistance to Indian influence in the affairs of Nepal. Nepalese sensitivities need to be kept to the fore, as we tread slowly. A sincere effort has to be made to address the concerns over borders, Buddha and bilateral issues.

Relations with Pakistan have always been complex and complicated. It’s barely possible to give much credence to the offer of talks by PM Imran Khan and General Qamar Javed Bajwa. Pakistan may have resorted to this step to avoid getting blacklisted by the FATF. It may be at the goading of China. China is desperately looking to recommence work on CPEC which has faced major impediments due to Pakistan’s turbulent internal security situation in Baluchistan, Waziristan, PoJK and Gilgit-Baltistan. The situation threatens the security of the Chinese workforce and CPEC, the flagship project of the much-hyped BRI.

COVID-19 and the possibility of a debt trap have forced many countries to scrap various projects falling under the ambit of BRI. It will further dissuade other countries from approving projects under BRI. As far as India is concerned it must not allow the CPEC to progress as it impinges on the sovereignty of India.

As far as China is concerned, the two sides have agreed to disengage, but Sino- Indian relations have always been unpredictable and punctuated by alternate spells of peace and turbulence. Also, we cannot rule out the celebrations of the centenary year of CPC is one of the prime reasons for disengagement. Xi would not have liked a conflict going on in his backyard, Tibet, during the celebrations. Hence we must remain alert to a backlash in 2022 or beyond.

The disengagement has been criticised on the grounds that we have squandered the advantage of occupying Kailash Ranges. There is no doubt that Kailash ranges offer a tremendous advantage, but this concession has enabled us to push back the Chinese to pre April 2020 positions in the Fingers Area. Other friction points of Galwan, Gogra, Hotspring and Depsang, as per reports, would be resolved in subsequent phases.

There is no doubt that China will not take its loss of face in Eastern Ladakh lying down. For her, it’s Dokalm-2 with even deeper wounds. However, the Sino-US relations which were expected to improve during the Biden era have not panned out as expected by the Chinese. Biden had this to say to China, “The US is ready to confront China against its economic abuses, counter its aggressive and coercive action on China’s attacks on human rights, intellectual property rights and abuse of global governance systems.”

On the other hand, the Modi – Biden phone conversation was friendlier with both sides agreeing to strengthen the strategic partnership, ensuring free and open Indo-Pacific through QUAD, assistance in combating COVID pandemic, help build the global economy and work together to fight Climate Change.  Given the attitude of the Biden administration, China cannot afford a two-front confrontation to include India and Taiwan.

China has also realised that India is no pushover in the Himalayas. However, India must continue its current diplomatic efforts to strengthen the QUAD, work with partner nations for a free and open Indo-Pacific and rapidly build its hard power through a combination of procurement of state of the art defence systems ex-import and also build strong indigenous capabilities under the Atmanirbhar Bharat (self-reliant India) initiative. It needs also to build its intelligence and surveillance capabilities to prevent being surprised in the future.

Most importantly, for India to emerge as a reckonable power in the region, it must take on board most of its neighbours, sending the right signals to them that we are equal partners in ensuring peace, stability and growth in South Asia and the Indian Ocean Region. Leveraging the pharma sector to further Indian interests must be vigorously pursued. The proposal of our Foreign Minister to connect the Arabian Sea with the South China Sea through sea, air and road links has the potential to turn BRI on its head.

The most complicated challenge for India will be in managing Iran and Russia. India will need some tight rope walking with these countries in the form of issue-based support. Focused efforts to strengthen people to people, business to business and government to government ties must become the guiding principle of our Neighbourhood First Policy.