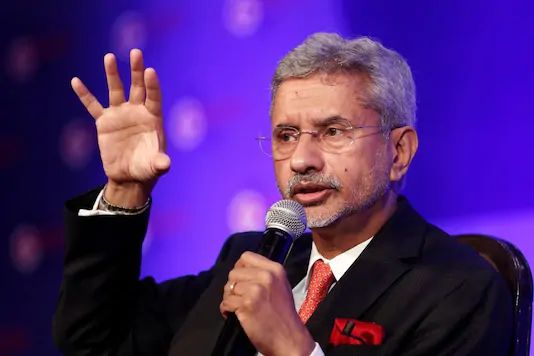 The Gulf Cooperation Council (GCC) was established by an agreement concluded on 25 May 1981 in Riyadh. The grouping includes Bahrain, Kuwait, Oman, Qatar, Saudi Arabia and UAE. Their special relations stem from geographical proximity, political systems based on monarchy, Islamic beliefs and common objectives. The GCC comprise an area of 2,672,700 sq km. India’s relations with these countries, especially Saudi Arabia and the UAE, witnessed an upswing since 2015, encompassing trade, investments, counterterrorism and security cooperation.

India supported them during the COVID-19 pandemic by providing medical equipment, medicines and medical support teams. FDI from these regions continued to flow even during the pandemic. During the first six months of 2020, FDI from the region was USD 30 billion. Indian labour in the region, however, faced the brunt of the pandemic, including job losses. Over 1 Lakh were evacuated by the Vande Bharat flights.

With the easing of the pandemic, there were a series of visits to the region to enhance cooperation. External Affairs Minister Jaishankar and his deputy (MoS, EAM) Muraleedharan, visited the region. On 24-25 November 2020, the Foreign Minister visited Bahrain and UAE. At end of December, he visited Qatar. The MoS visited Oman in mid-December. The Army Chief, General M M Naravane visited UAE and Saudi Arabia in December last year. This was a first visit by an Indian COAS to two GCC countries. The Naval Chief had earlier visited the region in February 2018.

As part of its vaccine diplomacy, India gifted one lakh vaccines to Bahrain and Oman, apart from providing additional vaccines on demand. It has also accepted to provide 20 lakh vaccines to the UAE and Kuwait, as also 30 lakhs to Saudi Arabia. The first set of vaccines to Kuwait have already been delivered.

These visits and enhanced cooperation came at a time when there is a change in geopolitical alignments of the region. UAE and Bahrain have established diplomatic ties with Israel. The Israeli Prime Minister, Benjamin Netanyahu, visited Neom and had an interaction with the Saudi Crown Prince Mohammed Bin Salman (MBS), though the Saudis have not confirmed the same, while Israel has. Differences between the GCC, involving Qatar, has ended. These nations, along with Israel, view their greatest threat emerging from Iran and are working together to control Iran and its proxies in the region.

Trump, a supporter of the Saudi regime, lost the election and Biden has taken charge. He is likely to question the Saudis on human rights. The Jamal Khashoggi is also likely to resurface. Similarly, Israel may have to account for its actions in the West Bank. Biden may re-join JCPOA, thus providing Iran with the much-needed relief, but angering the GCC. In a sudden move, the US has put on hold the sale of F-35 aircraft to the UAE and arms to Saudi Arabia. Relations between the US and the region may not remain the same under Biden. France desired that future discussions involving the JCPOA must involve Saudi Arabia, which Iran has rejected.

Turkey, under Recep Tayyip Erdogan, is increasingly asserting its power and seeking to challenge the Saudi hold over the OIC. The Turkey, Pakistan and Malaysia grouping is threatening Arab control over the OIC.

Impact of Pakistan on India-GCC Ties

India’s military cooperation with GCC countries has historically been impacted by Pakistan’s proximity to them. Pakistan’s military ties with the region had traditionally been close. From economic assistance during the development of its nuclear weapons, support during wars with India and backing on the Kashmir issue, the GCC countries had cultivated ties with Pakistan for decades. Pakistan, in turn, helped train their armed forces and became a major source of manpower for their oil industry. The ties were such that the first five Air Chiefs of the UAE were Pakistan Air Force officers. Currently, General Raheel Sharif, the ex-Pakistan army chief, heads the Islamic Military Counter Terrorism Coalition, a military grouping of 41 Muslim countries from Nigeria to Malaysia.

However, in recent days, the ties between Pakistan and GCC countries have witnessed a downward trajectory. Threats issued to Saudi Arabia by the Pakistan Foreign Minister, SM Qureshi, on lack of OIC support on Kashmir, was the last straw. Saudi Arabia demanded repayment of loans extended to Pakistan to help it tide over its economic crisis. UAE backed down from providing LNG (liquified natural gas) to Pakistan under an earlier agreement, forcing it to look for alternatives. It is also likely to demand repayment of loans. Pakistan Army Chief’s visit to Saudi Arabia, in August last year, to ease the diplomatic strain between the countries, ended with him being denied a meeting with Crown Prince Mohammed bin Salman. Pakistan’s growing proximity to Turkey has further impacted the relationship.

Indian-GCC military cooperation has been increasing over the years. India and Saudi Arabia signed an MoU on defence cooperation in February 2014. In January 2018, the first group of Saudi cadets joined the National Defence Academy. In February 2019, New Delhi and Riyadh ‘agreed to cooperate and collaborate in joint production of spare parts for Naval and Land systems as well as supply chain development’. Maritime security remains a significant aspect of defence cooperation. The two countries agreed to work together with other Indian Ocean Rim countries to ensure security in the Indian Ocean and the Arabian Sea.

The Indian navy and coast guard hold regular interactions with their Saudi counterparts and Indian Naval Ships often undertake port calls to Saudi Arabia. The Saudi delegation visited the Defence Expo last year in Lucknow and envisaged interest in Kalyani manufactured 155 mm guns, for which it proposed trials in the kingdom. These have been delayed due to COVID-19.

India-UAE relations include interactions between the Indian navy and coast guard with their counterparts. The two countries defence cooperation includes joint exercises and exchange of visits by military officials. Currently, they are seeking to explore additional cooperation in defence manufacturing and space exploration. However, the manufacture of CAR 816 carbines of UAE in India has been put on hold due to financial issues. It may be reconsidered this year. The UAE, along with Saudi Arabia, has emerged as India’s preferred partner for cooperation in counterterrorism with better intelligence sharing and coordination between enforcing agencies.

Oman is the first GCC country with whom India established robust defence cooperation. Oman’s geostrategic location at the mouth of the Persian Gulf and the Arabian Sea makes it invaluable for guarding the Sea Lines of Communication in the Indian Ocean. India and Oman have been cooperating in anti-piracy operations for a long time. Oman has provided access to the Indian Navy at its Duqm Port for logistics. It has enabled India to enhance its naval activity in the Indian Ocean Region. A number of Omani cadets have been trained in India’s National Defence Academy. India and Oman conduct exercises involving all branches of the forces. The last joint army exercise was in March 2019.

With Bahrain, the emphasis has been on internal security and not the two militaries. The deputy NSAs of the two countries have been holding security dialogue at regular intervals. Coordination exists in the areas of cybersecurity, terrorism and counter-radicalization. Discussions are on for enhanced cooperation in space technology and maritime security.

Recent inputs indicate that the UAE, Saudi Arabia and Qatar have envisaged interest in the BrahMos cruise missiles. It could cover additional weapon systems as the threat from Iran becomes more pronounced in the coming years and war for influence in the Middle East intensifies.

The future of India-GCC ties appears bright, though stumbling blocks do exist. Firstly, growing tensions in the Gulf has compelled India to employ its naval ships to accompany oil and other cargo ships. Such actions envisage close cooperation with Gulf countries as well as better understanding with the US Navy which has a strong presence in the region. Growing military cooperation is essential.
Secondly, there is scope for enhancing military-to-military ties, especially with Saudi Arabia. Thirdly, defence manufacturing and export of military hardware to these countries can be enhanced. Given the nature of security threats in South Asia and the Gulf, both India and the Gulf countries import large quantities of defence equipment and weapons from other nations. India can become a reliable supplier in the future.
There are challenges too. Indo-Iran relations could come in the way of enhancing its ties with the GCC. India needs the Chabahar port for its trade with Central Asia. If it moves too close to GCC nations as also provides them with military hardware, it could impact its relations with Iran. The other factor remains Pakistan. India can never be a security provider for the region, replacing Pakistan. The GCC nations will only desire Muslim countries to provide Praetorian guards.

It is evident that the Indian Navy will be the lead agency to combat piracy in parts of the Arabian Gulf, which impacts these states. For India, this region is significant for both economic ties and military cooperation. The changing geopolitical environment will add to challenges in the near future. We need to exploit these challenges to our advantage.