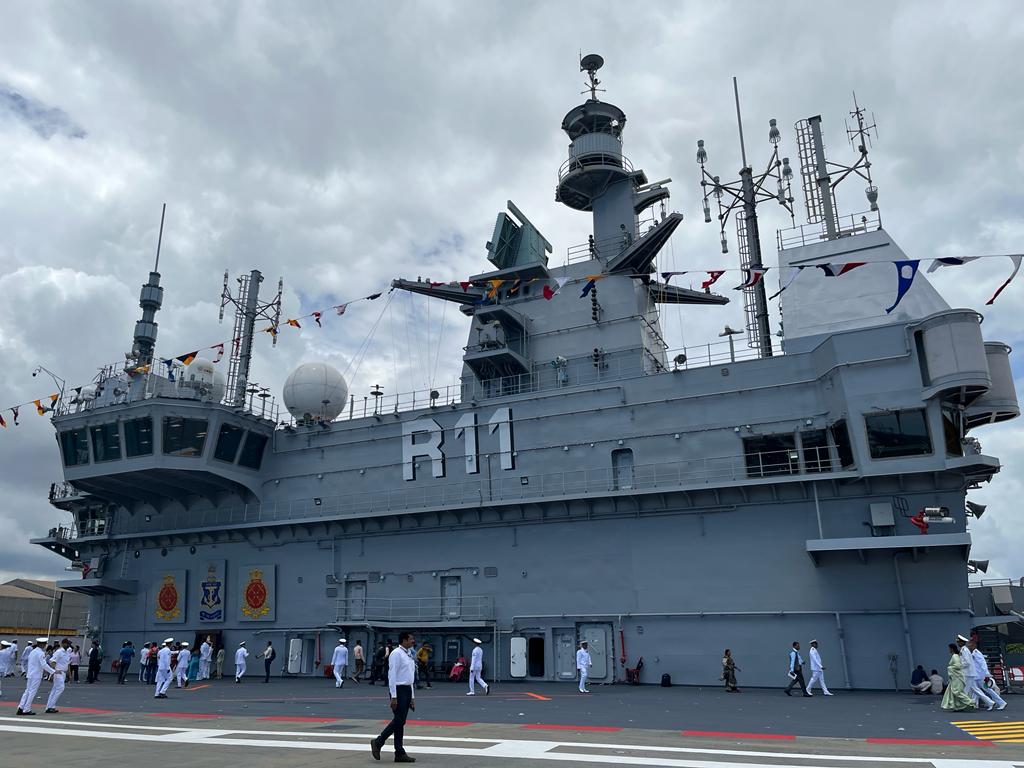 Prime Minister Narendra Modi presided over the commissioning ceremony which was held at the Cochin Shipyard Limited in Kochi where he also unveiled the new Naval Ensign or Nishaan.

In his address, PM Modi said, “Today, INS Vikrant has filled the country with a new confidence. It’s a symbol of India’s hard work, ingenuity, influence and commitment. It’s a symbol of indigenous strength, research and skill.” He said women officers will also be posted on INS Vikrant underlining their increasing role in the armed forces. He added that all branches of the Navy are now inducting women officers.

“INS Vikrant is not only a mere war machine but proof of India’s skill and talent,” PM said and added further that “this aircraft carrier is a testament of our strong resolve for Atmanirbhar Bharat”

PM Modi dedicated the new ensign (flag) of Indian Navy to Chhatrapati Shivaji Maharaj, doing away with the colonial legacy. “Today India has taken off its chest a load of colonial past and a symbol of servitude,” he said while speaking about the new ensign.

IAC-1has been designed by the Warship Design Bureau, earlier known as the Directorate of Naval Design which is the Indian Navy’s in-house design organisation, and constructed by the Cochin Shipyard Limited (CSL), a public sector shipyard under the Ministry of Ports, Shipping and Waterways.

IAC-1 has taken the name, motto and pennant number R11 of India’s first aircraft carrier which played a vital role in the 1971 war and was decommissioned in 1997 after a service of over 35 years. The name Vikrant is a Sanskrit means courageous.

The design and construction of the Indigenous Aircraft Carrier (IAC) was formally sanctioned by the government in January 2003. The keel of the ship was laid in February 2009 and the ship was launched on 13 August 2013. It underwent basin trials in November 2020, and sea trials between 4 August 2021 and July 10 this year. The ship was delivered to the Navy on 28 July.

“The commissioning of INSVikrant at the beginning of ‘Amritkal’ reflects our strong resolve to safeguard the nation in the next 25 years. INS Vikrant is an aspirational, and exceptional symbol of self-reliant India,” Singh added.

The event was attended by several military and civil dignitaries, including former Navy chiefs, serving and retired Naval commanders, flag officers and ambassadors, Union ministers, the National Security Advisor Ajit Doval and top members of the Kerala government, among others.