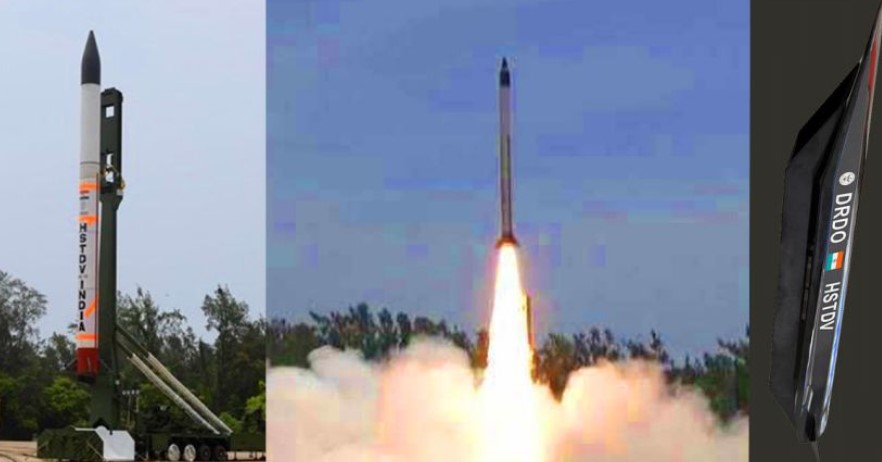 Hypersonic Weapon Systems promise a massive leap in military capabilities and have the leading global powers in a race for supremacy in the field. Once fielded, they could perhaps raise the deterrence level of a country to a new magnitude. Hypersonics also promise a significant leap in civil aviation. Most cutting-edge technologies developed have dual-use applications. The article provides a comprehensive understanding of the basics of Hypersonic systems, the race for superiority and the broad areas of their usage.
…………………………………………………………………………………………………………………………………………………….
Russia’s Defence Ministry said three MiG-31 fighters with Kinzhal hypersonic missiles arrived at the Chkalovsk air base in the Baltic Sea territory as part of “additional measures of strategic deterrence,” reported media on 18 August.

Little did Wright Brothers know in 1903 that their powered flying machine would be a subject of technological upgrade and innovation. Continuing the odyssey of the quest for speed, the sonic sound barrier was broken on 14 October 1947 by Maj Chuck Yeager flying the Bell X-1 rocket, followed by a US WAC Corporal sounding rocket to become the first object of human origin to go hypersonic!

The Challenge of Hypersonic

Hypersonic systems fly at a speed above ‘one mile per second’, classically five times the speed of sound or five Mach. The challenges of breaking the hypersonic sound barrier are immense. At hypersonic speeds, the air molecules that envelope the flight vehicle change, breaking apart and gaining a charge in an ionisation process. It subjects the hypersonic vehicle to “tremendous” stresses as it pushes through the atmosphere generating a massive heat flux.

Hypersonic systems present a complex set of engineering and support system technological challenges, be they aircraft or missiles. To withstand extremely high temperatures of the scorching heat of over 1100 degrees centigrade, advanced materials for structural strength are needed, such as thermal management, propulsion systems to sustain speeds, guidance, and control systems to meet the stringent accuracy of these strategic weapon systems. In addition to the standard design and development, complications of missile systems of form factor space management, miniaturisation, sophisticated power management, and lightweight and dynamic stability of the missile systems.

The R & D in hypersonics is a big challenge. Very few nations, in general, and institutions, in particular, have hypersonic wind tunnels and environmental chambers to simulate and test mechanical stresses, high-speed electronics, associated EMI /EMC and the high costs.

Combat aircraft and missile systems are ruggedized to meet the rigorous vagaries of the battlefield and are governed by four competing requirements – manoeuvre, protection, stealth, and firepower. The governing Key Performing Indicator is survivability. High mobility is considered inherent protection.

The aerial platforms, both aircraft and missiles, are incredibly manoeuvrable combat systems with high mobility. Speaking of missiles and rockets, these may be ballistic or cruise. Ballistic missiles are typical projectiles whose range is a function of speed and altitude and may follow a pure or modified ballistic trajectory. There is a boost phase where the missile rises to altitudes of 30 km or more, the propulsion system switches off, and the missile re-enters the earth’s atmosphere at speeds over Mach 5 and either falls like a stone in a ballistic trajectory or is manoeuvred through a predefined modified trajectory by wings and other control surfaces. These are used to configure a ballistic Missile Defence System in a seeker shooter configuration to protect critical assets.

In contrast, cruise missile systems are powered throughout the trajectory. Hypersonic weapon systems, which may fly at over 20 Mach, are fast, agile systems designed to beat any Ballistic Missile Defence (BMD) by sheer speed and manoeuvre. While aircraft have an inherent human limitation of 8G manoeuvre, missiles can manoeuvre beyond 20G based on the structural strength.

However, another potential use of HGV is for Intelligence, Surveillance and Reconnaissance (ISR), though the technologies to capture and display information at that speed are still under design and development.

The significant advantage of Hypersonic systems is that detecting these missiles and glide vehicles is challenging. A series of space-based surveillance devices would be required to be able to detect and track- a technology that is still an R & D challenge.

Hypersonic platforms are of two main types – glide vehicles and cruise missiles. The former is a preferred vehicle since these are launched from a rocket before gliding to their target and obviate the challenges of achieving hypersonic propulsion of missiles. Viewing from the technology lens, the first big ticket is the propulsion system. Hypersonic missiles have advanced ram jets engines and supersonic combustion ram jets or scramjets that use oxygen in the air and mix these with hydrogen fuels to produce thrust during their flight, allowing them to cruise at a steady speed and altitude.

The hypersonic propulsion system may comprise solid or liquid propellants, a combination, or a dual combustion ramjet to configure a precise control system. The solid propulsion systems are normally used in the boost phase and the liquid for the cruise phase for precise manoeuvre. The critical design parameters hinge around the propellant design and nozzle design. Rare earth coatings like platinum are imperative for imparting structural integrity to the nozzles for enhanced performance under extreme thermal and mechanical stresses. There is a trade-off between the explosive payload and propulsion to balance the range with the terminal effect. The all-up weight needs a very balanced optimisation.

Hence, the airframe has to be lightweight but have the structural strength to withstand the aerodynamic forces and the intense heat. Aluminium alloys, titanium, steel, magnesium, reinforced silicon, and piezoelectric fibres are advanced materials, and the heat shrinkable heat shield is achieved with modified silicon rubber and carbon-reinforced composites, especially at the radome head for better thermal management.

The guidance control system is the brain of the missile system, comprising an onboard computer, an inertial measurement unit and control surfaces for precise and accurate positioning of the missile as it manoeuvres to the target. The Gimballed engines provide the requisite thrust and thrust vector control in liquid propulsion engines. It s the crux of the hypersonic hype. An extremely agile missile system, with high technology and cost, is difficult to defeat and must be accurate to be effective at the target end. For this purpose, a well-tuned inertial measurement unit for following the desired precise trajectory supported by a responsive control system with near zero latency and real-time terminal guidance through image recognition is imperative to achieve near zero Circular Error of Probability (CEP). The hypersonic glide vehicle and hypersonic missile are programmed for precise positioning on high-value targets.

However, the moot question arises, how much payload (warhead) is delivered at the target end; 500 kg, 1000 kg or more? It is the designers’ challenge to the optimising payload, which is the crux of the Hypersonic platform.

Hypersonic Weapons (HW) are at the centre of escalating competition between the USA, China, and Russia. The HW Arms Race is gaining traction in Long Range of Hypersonic Cruise Missiles and Hypersonic Glide Vehicles (HGVs). The HGVs ride on ICBMs to create disruption in strategic targeting. India, Germany, France, Japan, and North Korea are progressing with intensive testing of Hypersonic Missiles.

Through technology demonstrators, there is the promise of the proliferation and application of an HGV with long-range ICBMs, IRBMs and MRBMs.

China has made rapid progress in HGVs and missiles. They have conducted a number of successful tests of the DF -41, an ICBM, and DF-17, a medium-range ballistic missile (MRBMs), designed to launch hypersonic glide vehicles capable of carrying varied warheads. The Chinese Hypersonic glide vehicle DF ZF (Chinese hypersonic system) can be fitted on a number of ICBMs and MRBMs for effective strategic target engagements. DF ZF has a low trajectory making detection nearly impossible. Reportedly the Chinese also conducted possibly two hypersonic weapons tests last summer, including the launch into space of an orbiting hypersonic weapon as a re-useable space vehicle capable of carrying a nuclear payload.

The USA has been facing peer competition from China and Russia to develop hypersonic technologies. Hypersonic glide vehicles are developed for long-range engagements for ICBMs, the Navy, and Air Force. DARPA Projects, an air-launched cruise hypersonic missile, is under progress, and 15 billion USD is reportedly pledged between the 2015-2024 development window. The Tomahawk Cruise Missile demonstrated the nearly perfected terminal guidance which could be progressively adopted for Hypersonic Weapon Systems. Feeling the heat of competition with China and the high costs of R &D, a consortium approach by AUKUS comprising the UK, USA, and Australia are cooperating on ‘hypersonics and counter-hypersonics’ as part of their security pact to develop higher performing and affordable systems.

Hypersonic Technologies have been in the news since time immemorial in space missions. Competition in the peaceful technology race to Mars and outer space exploration and travel is extending to faster inter-continental travel. The technology demonstrators include US X 15, US XCOR Lynx, US Boeing X 51 Wave Rider and X 43, UK Rel Skylon and Germany Sharp Edge Flight Experiment (Shefex) and of course, the Indian HSTDV, among others.

The Supersonic British Airways-Air France Concorde flights gave speedier travel a maiden venture till it was discontinued on account of rising maintenance costs. Hypersonic commercial aeroplanes are a great future proposition in the connected global ONE WORLD where distance is measured in terms of time taken in travel. Extensive research on supersonic and hypersonic speed travel is underway on how to dampen the effects of crossing a series of sound barriers to create a comfortable passenger experience.

The Value Proposition
Hypersonic Eco System is the next disruption in aircraft design and missile technologies. It is a long shot – 2035 and beyond. The immense future use in outer space for travel and exploration, inter-continental travel and military use makes hypersonics a prime technology stack for R & D. The intent is to produce less expensive and affordable technologies to launch, glide aerial hypersonic platforms, tech stack to collect collate and display real-time ISR actionable info for military use and have safer hypersonic designs for comfortable travel as civilian use. A resurgent Aatmanirbhar India is ready to embrace NextGen’s technological challenges, and a consortium approach with AUKUS may be the value proposition!

There is an interesting debate – Hypersonic Hype is either real and a game changer for the deterrent effect, an idea whose time has arrived, or an unnecessary technological mirage, an economic burden with minimal integral impact on military capabilities. It is a paradigm of national political will, technology thresholds and economy of scales. However, for sure, it qualifies as a technology which is neighbours’ envy -owners pride!

What is the Indian Paradigm? We have demonstrated the technology and the firm political will. It’s estimated that a single hypersonic missile may cost over 100 million USD against the approximately 3 million USD cost of one BrahMos Missile. In physical terms, one can pulverise a target with at least thirty times an explosive payload.

The defining parameters, therefore, are – where is hypersonic technology development in the National Security and Technology Strategies, how are these postured for dual use, and how are these developed and leveraged for a geostrategic impact? The moot question is – given the Indian space and military programs driven by government and corporate, should we and can we posture to lead the global race? The jury is out. India must hasten, slowly.

Globally speaking, the best is yet to come.