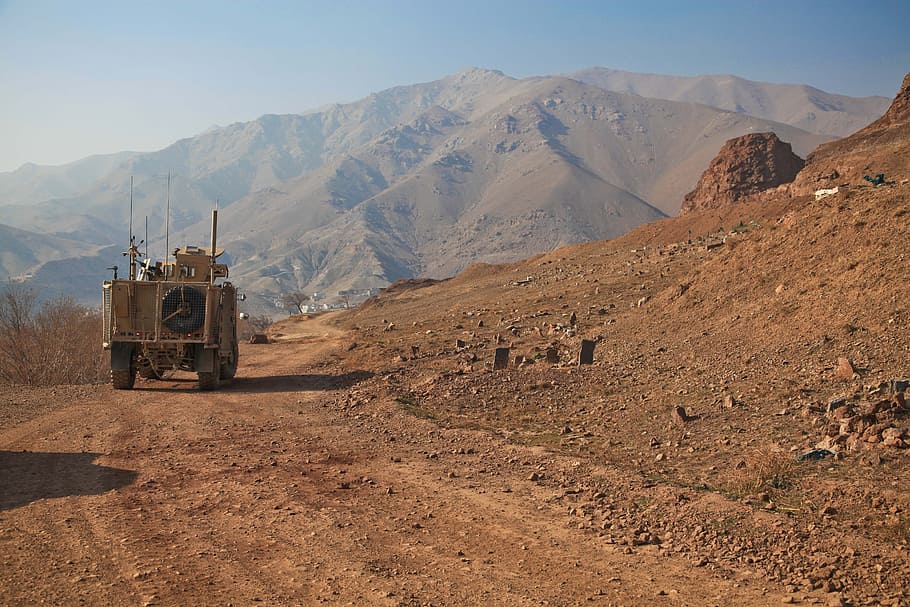 On 11 July 2021, the official Spokesperson of the India Ministry of External Affairs, in reply to media queries regarding Indians vacating the consulate in Kandahar, said, “India is closely monitoring the evolving security situation in Afghanistan. The safety and security of our personnel are paramount. The Consulate General of India in Kandahar has not been closed. However, due to the intense fighting near Kandahar city……”

Taliban’s forays for dominance have intensified in Afghanistan. Their thrusts bring back the memories of the erstwhile USSR withdrawing from Afghanistan in 1999, initiating a bloodbath that culminated in Najibullah’s killing by the Taliban and its control over Kabul and most of Afghanistan. Today, every stakeholder is trying to fathom the possible power equations in Kabul after the US and allied forces board their flights, leaving the Afghans to their destiny.

Amongst a number of Afghanistan’s neighbours, and a few countries further beyond, Pakistan is the one most affected. After having calibrated insurgencies in Afghanistan for years, they are face-to-face with challenges that could even lead to a new dispensation in Kabul wanting to realign the brand new fence along the Afghan-Pakistan border.

Caught in a Cleft Stick

Pakistan has been focused on India so far, but the US pull-out has created a more tenuous situation to its west. Perhaps, Pakistan’s biggest apprehension now is a two-front scenario with two inimical neighbours, India and Afghanistan tightening the noose around it in unison. India could be looking at Pakistan occupied Kashmir while Kabul may be keen to shift the Durand Line eastwards. Add to the mix the Balochs upping the ante.

In an uncharacteristic move, Pakistan and India announced a ceasefire all along the borders on 21 February 2021. The ceasefire has, by and large, held good. The reasons for Pakistan to suddenly opt for such a peaceful tool were based on its appreciation of the creeping threat from its west.

The current regime in Kabul has for decades been continuously kept on the edge by Pakistan calibrating the insurgent movements. There are precisely zero trusts in Kabul when it comes to Islamabad. At Kabul, the perceived view is that Pakistan is responsible for fomenting the situation that Afghanistan finds itself in, today. Had it not been for all the aid, training, material and moral support that Pakistan has given to the Taliban, the Afghan army would have been able to control the entire state.

The Americans have spent over US$ 88 billion on training and equipping Afghan defence and police forces in the last 20 years. The Afghan army is numerically superior, is better trained and has far better equipment and firepower to decisively engage the Taliban successfully. However, Pakistani assistance to the Taliban, providing them bases in its areas and hosting the Taliban leadership has brought about a situation where the Afghan army is seemingly fighting a rear-guard action; at best a defensive battle, losing control on more and more areas, gradually.

President Ghani is on record blaming Pakistan. In a recent statement, he pointed out that “the names of the various decision-making bodies of the Taliban are Quetta Shura, Miramshah Shura and Peshawar Shura – named after the Pakistani cities where they are located. There is a deep relationship with the (Pakistan) state,” The Afghan government possibly views Islamabad as its greater enemy, compared to the Taliban. There can barely be a tenable rapprochement between the two governments.

The bulwark of Pakistan’s relationship with the Taliban has been based on the subservience of the latter, compelled by its weaknesses. Its leadership and cadre were accommodated by Pakistan since the American onslaught drove them to a flight. However, the obeisance observed then has vaporised as the Taliban has grown from strength to strength. Today, sitting across the table with the Americans first and now the Afghan government, a stratospheric climb creates a diabolically different operating climate.

Their younger leadership looks forward to holding the reins. Mullah Abdul Hakim Ishaqzai has replaced Stanekzai to head the Taliban delegation at the talks. Stanekzai had a reputation of being pro Pakistan. Ishaqzai, on the other hand, is a hardliner who wants an Islamic emirate and is supposedly close to Taliban Chief Haibatullaha Akhunzada. It’s evident that the Pakistani stock is losing value. Taliban is unlikely to accept the Inter State Intelligence (ISI) as its masters, any longer.

“Pakistan cannot dictate to us or impose its views on us,” said the Spokesperson of Taliban, Suhail Shaheen during an interview with Pakistan’s Geo News on programme “Jirga” 11th July. “They can help us in the peace process but can’t dictate to us or impose their views. And this is against international principles,” he added. His views on Pakistan are telling and provides enough indication of future dynamics of Pakistan-Taliban axis.

US Expectations from Pakistan.

Biden understands that Pakistan’s hold on Taliban has substantially diminished, especially at the level of field commanders. As Taliban’s control over the provinces improves Pakistan’s influence will erode further. However, Pakistan’s geo-strategic location forces the US to depend on Pakistan. American bases in Pakistan can provide the levers to support the Afghan government forces. The American bases are required for degrading Taliban’s capabilities and making them amenable to power-sharing.  Surely, if the Pakistanis can give the Chinese a base in Gwadar, they can provide the Americans with a base, too.

Expectations of other Countries

By and large, most of Afghanistan’s neighbours would be agreed on one issue that’s keeping the Afghan problem confined within Afghanistan; not allow the insurgents to spill over across Afghan borders into their areas. The Russians and Chinese would also want the same. However, Afghanistan sans insurgent movements that will not want to expand areas of operations is an unrealistic paradigm that no one can promise. The Chinese will be big losers if Afghanistan is unstable. China Pakistan Economic Corridor (CPEC), the $60 billion Chinese investment requires radials to spread out from its Pakistani artery into Central Asia through Afghanistan. The Chinese are working on a road through the Wakhan corridor also.

The Indian balance sheet has its roots in the people-centric investments made in Afghanistan. Whether it’s highways, dams, a parliament building, hospitals, irrigation channels and a host of others, the projects have added value to the Afghan citizens’ lives. Except for the odd occasion, the safety of Indians working on these projects have not been an issue.  P K Chatterjee, who had been the Director for over two dozen projects in Afghanistan from 2004 to 2009, when asked about the safety of his team in Taliban dominated areas recalls, “The Taliban commander came to my office in Kabul and offered to escort my team to his area and host them in his house during their stay.” Chatterjee had accepted the offer.

Even today, Taliban would welcome Indian investments. With the Indians having opened their communication channels to Taliban, a better relationship can be possible. India also has strong bonds with Ashraf Ghani’s government. It will need to juggle with the two and without losing Ghani’s friendship, strengthen its relations with the Taliban.

Sitting across the table in Kabul and being courted by various nations to include the USA and can India only reinforces their faith and belief in themselves. It’s important not to lose view of the psychological impact of such activities. On 20 June 2021, at the talks in Kabul, the Taliban declared that they want, “A genuine Islamic system,” with provisions for women’s rights in conformity with cultural and religious traditions.

With Al Qaeda having lost ground, ISIS has suffered a huge setback in Syria, Taliban should gain greater acceptance as the leader of global jihad. The Al Qaeda, Chief in an audiotape has said, “We pledge allegiance to you on jihad to liberate every inch of the land of the Muslims that are invaded and stolen, from Kashgar to…” He has also accepted the Taliban Chief Haibatullah as ‘Emir of Believers’. Taliban is unlikely to soft-pedal hard-line tenets and risk its gains. Global Islamist jihad could soon receive a new boost.

As far as Pakistan is concerned, the philosophy of a pliant Afghanistan giving it strategic depth from a deep Indian thrust is awaiting a ceremonial burial. Further, with Afghanistan likely to go into a chaotic civil war with militias fighting, Pakistan’s western border provinces could be sucked into the chaos.

The big difference between the global response to ISIS in Syria and the Taliban post the scheduled US withdrawal is, unlike in the case of ISIS when nations and coalitions fought the ISIS, the world is not ready to contest the Taliban’s rise in Afghanistan. Yes, the US can launch intelligence-based operations to eliminate some elements of the leadership from bases abroad, but that will prove to be at best an ongoing battle, inconclusive in its effect. Pakistan’s radical organisations which control the streets and by-lanes will be up in arms should American assets operate from Pakistan.

In effect, the Taliban has proven its resilience. If the Afghan Armed forces don’t hold on to their defences and launch early counter-offensives, they are doomed, and Ghani will not last even as long as Najibullaha did. However, to what extent Taliban can dominate Afghanistan is debatable. The militias are already in the field. It will be difficult for Taliban to fight the Afghan defence forces and also the local militias. For Pakistan, it’s difficult to reorient its Afghan policy keeping its own strategic interests in mind. A more pragmatic approach for them would be to work for peace in Afghanistan and retain the gains of the two decades gone past.