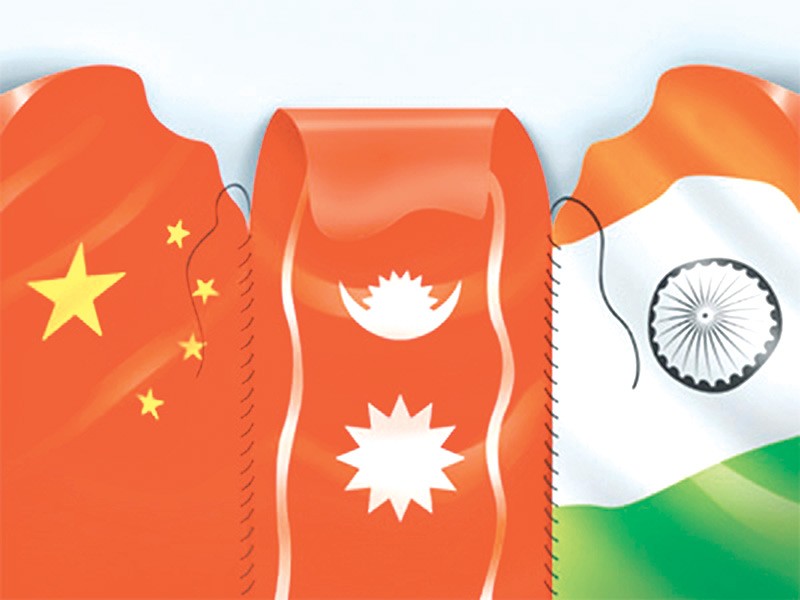 Can China be the Main Supplier for Petroleum Products to Nepal?

The Madhesi Andolan in Nepal in 2015, led to bitter relations between Nepal and India. Movement of goods between the two countries was affected because of a blockade at the crossing points. The most critical of all shortages was petroleum products that inconvenienced Nepalese the most. The Nepalese sought Chinese help, with the latter promising to supply fuel via the land route through Tibet.
The author examines the feasibility of China supplying fuel to Nepal. His article provides an elaborate analysis and throws up some hard conclusions that the Nepalese need to perceive in their own interests.

CAN CHINA BE THE MAIN SUPPLIER FOR PETROLEUM PRODUCTS TO NEPAL? 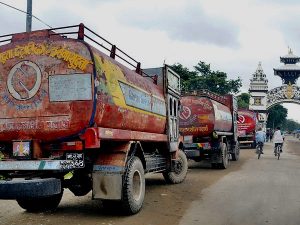 The Left parties sweeping the recent elections in Nepal has put Indo – Nepal relations back in focus. Currently, relations between India and Nepal are at their lowest ebb. The Madheshi Andolan of 2015 and the resultant blockade of Indo – Nepal borders, put a wedge in the relationship which for last six decades were worthy of two neighbouring states who cared for each other.
The four-and-half months of Indo Nepal border blockade caused untold misery to the common Nepalese citizen hardening their anti-Indian feelings. The ordinary Nepali citizen is convinced that the blockade was at the behest of the Indian government. The acute shortage of life saving medicines and FOL (Fuel Oil & Lubricants) hit them the hardest.
Under public pressure, Nepalese government had announced that they would look towards China as an alternative for FOL. K P Oli’s government, which was in power at that time, signed a MoU with China to supply FOL through the land route from Tibet. It led to a sense of optimism among common Nepalese that China would deliver the promised fuel and most of their dependence on India would end. But the promised FOL did not come. The moot question is can China to be a viable alternative for supply of FOL to Nepal via the land route through Tibet?

Details of the Problem

The impasse allowed China to play the anti-India card in Nepal and make forays into Nepal in fields which were traditionally controlled by the Indian industry and trade. Supply of petroleum products was one such field. The NOC (Nepal Oil Corporation) was dependent on the IOC for supply of its entire quota of petroleum products. Nepal’s oil is disembarked at Kolkata port and then ferried by road to Biratgunj in Nepal, the dry port that houses the oil storage depots of Nepal. This logistic train has worked well for Nepal whenever her relations have been cordial with India. However, in times of crisis the lone supply chain has spelled disaster.
It compelled the Nepal government to look for alternate sources. During the crisis, China declared that it would supply Nepal with a 1000 MT of fuel by the land route. A separate contract was also signed for the “expeditious delivery of the 1,000-metricton petroleum grant assistance provided by the government of China to Nepal as a goodwill gesture,” said a press release issued by the Nepali embassy in Beijing.

The delivery took place only in token, when the NOC sent 12 oil trucks to ferry fuel from Gyirong as a symbolic gesture of supply of fuel from China. These 12 tankers left the Thankot depot of Nepal Oil Corporation (NOC) on 30 October with NOC organising a special ceremony. All the tankers that had reached Nepal-China border returned with the petrol gifted by China. Due to a snowfall in Kerung, there was some delay in their departure. Out of this 12, only four tankers could ultimately reach Gyirong for collection.

Why did China not fulfill its promise of supplying the promised fuel? There are no easy answers to this question. The first obvious reason was that the MOU was signed by the KP Oli government and when that government fell, the MOU became null and void.

The second reason was, immediately after the new government came to power the IOC moved in quickly and signed 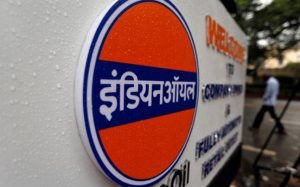 a long term exclusive supply contract for petroleum products with Nepal. State-owned Indian Oil Corporation (IOC) signed a petroleum trade agreement to supply about 1.3 million tons of fuel annually to Nepal with a promise to double the volume by 2020.

“The supply agreement signed today is for April 2017 to March 2022 and will meet full requirements/demand and quantities of all the major oil products,” announced IOC Chairman B Ashok.

The third most important reason is that logistics of supplying fuel to Nepal from Tibet is very exhaustive and expensive. There are only two modes through which petroleum products can be supplied by China to Nepal; first by road through Tibet and second via the sea.

Let’s consider the second option first. The preferred port for trade to Nepal is Tanjin, which is 3000 km away, three times the distance from Nepal to Kolkata port. Any fuel coming from China via sea would be at least twice more expensive than the one coming from India. While Kolkata is connected to Biratgunj,the Nepal dry port by a rail, no such arrangement exists to connect Tanjin and Nepal. Thus, shipping petroleum products via the sea route is not an economically viable option for Nepal.
The second option is the land route via Tibet. Before the arithmetic of this option is arrived at, it is necessary to understand that China does not produce any oil of its own and is dependent on oil received mainly from the middle-east or through the Central Asian Republics. This necessitates that any long-term supply possibility to Nepal must be backed up by a supply chain for China itself. The current possibility is – fuel is shipped from the main land from either a port; and the nearest port is Guangzhou, the distance from the port to Lhasa by train is 4980 km, or create a depot at Shigatse and supply it through the rail going through Tibetan plateau from the nearest mainland oil depot.
The logistic chain would have to change the mode of transportation at Shigatse as the rail connectivity ends there. The petroleum convoy would then move across the Tibetan plateau to Gyirong, the only functional port of entry between Tibet and Nepal. The distance is about 550 km from Gyirong to Shigatse. The calculations in this analysis are from the point of view of the Nepalese side and covers movement from Kathmandu to Gyirong. The difficulties of setting up an oil depot either at Shigatse or Gyirong have not been factored into the analysis.

• For supply of fuel Nepal requires to carry them in fuel tankers.
(i) Currently NOC is has around 1100 fuel tankers.
(ii) Carrying capacity of these tankers is 12000 liters but due to mountainous terrain they cannot carry more than 9000 liters.
(iii) Therefore, NOC would require approx 500 trucks (4486 K / 9000) to carry one day’s requirement.
• Distances.
(iv) Distance from Kathmandu to Rasuawagadhi is 125 km approx.
(v) Distance from Rasuwagadhi to Gyirong is 25 km approx.
• Gradient. The gradient climbs almost 2250 meters, i.e., 7000 ft (approx) within a span of 25 km, implying that the gradient of the road is very steep and hinders convoy driving. Height of Gyirong is 2700 meters approx, and that of Rasuwagadhi at the check post is 600 meters approx, giving it a height differential of 2100 meters which is around 7000 ft. approx.
• Going. There is currently only one road open between Nepal and Tibet:Rasuwagadhi and Gyirong route. The road on the Nepalese side is very bad, single lane and prone to landslides. A landslide can spell disaster to any convoy.
• Convoy Speed and Length.
(i) Based on the road conditions, it is expected that the average speed of the convoy would be between 5 and 10 km per hour. The turnaround time for this convoy, from Rasuwagadhi to Gyirong and back, without a break, would be 14 hours. In effect,it implies a 24-hour cycle. 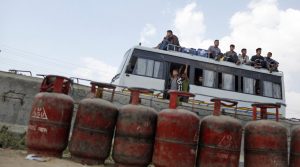 (ii) Similar calculations suggest that the turnaround time for an FOL convoy from Rasuwagadhi to Kathmandu would be 20 hours as the road conditions are equally bad and gradients are steep. This road though regarded as lifeline for Nepal-China trade, lacks repairs and upgrades, and this single-lane 102 km road is considered as a risky route for trade.
• Raj Ballav Adhikari, who drives his own truck along the road last week stated, “It’s a lifeline for Nepal – China trade. But, it seems nobody cares to upgrade this single-lane road or even repair it. Though at times we’re stuck for hours or for days we don’t have a choice other than to keep using it. Sometimes it takes days to travel through the road and if we are transporting consumables like Apples, they rot by the time we reach Kathmandu.”
• There would a requirement of transferring the fuel from one truck to another at Rasuwa as the first 500 trucks would be deployed to ferry the 4450 KL of fuel everyday, hence the balance of the 600 NOC trucks would ply from Kathmandu to Rasuwa everyday to fetch the fuel. This means almost all 1100 of the NOC oil trucks would be deployed, 24 X 7, 365 days a year to cater for Nepal’s petroleum requirement, if the northern route is to become the sole pipeline for Nepal’s fuel supply.
• But this is practically impossible as fleets do not function at 100% efficiency. A 70% efficiency is supposed to be optimum. Also, drivers and vehicles require a day’s break in a week, for rest and maintenance. Converting it into percentage, Nepal cannot hope to get more than 55 % of its requirement from China. In this equation, it is assumed that China has played its role of bringing the fuel across the Tibetan plateau to Gyirong which in itself is a very difficult proposition.

The major conclusions are:-
• China cannot supply the entire fuel requirements for Nepal even if it desires to do so. It can, theoretically supply not more than 55% of Nepal’s 2017/18 requirements.
• Nepal would have to look at other sources, mainly India, to fulfill its need for petroleum products.
• The petroleum products from China would be hugely expensive as compared with what Nepal receives from IOC.
• More importantly China too would have to create a logistic chain to cater for 0.8 million tons of fuel supply annually for Nepal across the Tibetan plateau.
• An important factor would be Chinese stance on pricing as compared to IOC. Nepal will not be able to pay a lot more in the long run. Thus, such an arrangement cannot be on commercial terms alone. 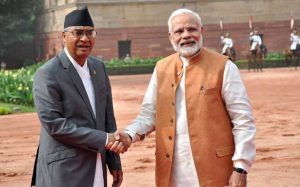 The Nepalese predicament of being a landlocked state is indeed a severe handicap. The current anti-India wave in Nepal compels the government of the day to raise anti-India rhetoric especially as a winning formula for elections, but hard realities reflect that Nepal’s economy would crumble without the support it gets from India. The Nepalese government has to be aware of the limitations.