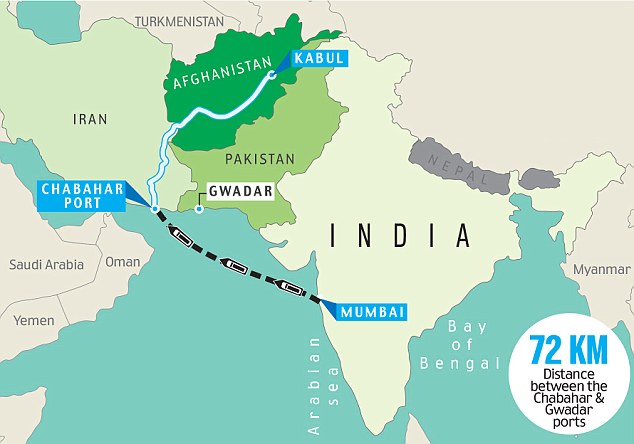 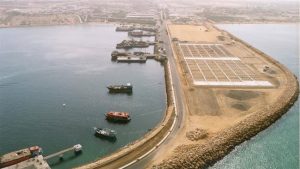 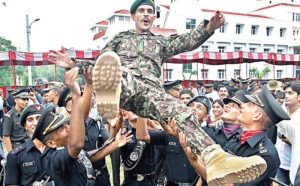 Loved the article, sir! I hope we are able to achieve much needed strategic influence- both economically and militarily, in the area.

I don’t really care much about defense, military and strategic requirements but I know that Indian traders and businesses have a lot of money and market share due to Pakistan’s refusal to allow India to send its goods to Afghanistan and then on to Central Asia. I really hope it is because Iran tries so hard to upset the western countries by repeated violation of the conditions set by the sanctions. So when the port is developed India can finally start selling goods to Afghanistan and Central Asia. This would give our Indian businesses a new market. So whether its… Read more »

THE PAKI ISI HAVE ALREADY CLOSED THE ROUTE FROM ZARANJ TO KABUL . TALIBAN

HAVE ALREADY TAKE THE PROVINCE OF HELMAND . THE ROAD PASSES THROUGH .

THAT MEANS WE CANONT SEND OUR GOODS TO KABUL

HELMAND PROVINCE . WHEN MODI WAS SIGNING THE AGREEMENT IN IRAN THE

TALIBAN LAUNCHED A FULL ASSUALT ON HELMAND 95% OF PROVINCE IS LOST. BEFORE

INDIA MADE A MOVE PAKIS HAVE ALREADY MADE THEIRS.

OUR STRATEGIC PLANNERS HAVE FAILED AGAIN.

Inter and intra linkages are yet to be decided like rail, industry, and other support mechanism. Work is slow some where in the chain as follows from their ambassador side. May be improved in future.

Really!!! a very insightful and well presented article. kudos to Maj Gen sir… keep it up. Atleast we aware civilians should know how and where the priorities of this govt. and defence is.

Really, very informative and useful. Hats off to you sir. I am always in quest of such articles. An eye opener. Thanks.