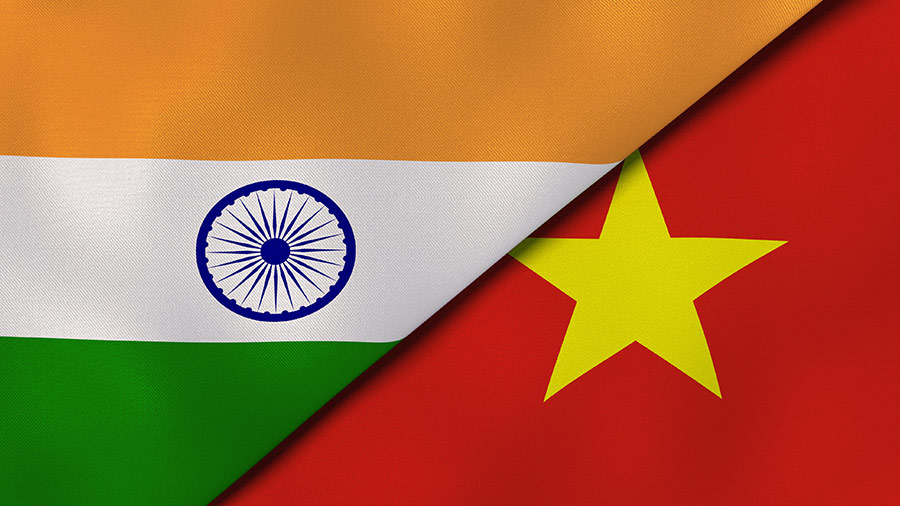 Vietnam is an extremely important partner for India and that’s the reason why the relationship has been upgraded over time. Both countries face similar threats. As we face salami-slicing along the Line of Actual Control along the Indo-Tibet border, Vietnam and a large number of Southeast Asian countries experience aggressive Chinese expansionist manoeuvres in the South China Sea. How should the India-Vietnam relationship progress base on our common threats? What are the issues that could be on the table when the Chairman of the National Assembly Vuong Dinh Hue visits India on 15 December?

The Chairman of the National Assembly Vuong Dinh Hue will lead a high-ranking delegation from the Vietnamese National Assembly and pay a visit to India from 15 to 19 December 2021. The delegation has been invited by the Speaker of the Lok Sabha and the Chairman of the Rajya Sabha. The visit is bound to strengthen the relationship between the two Comprehensive Strategic Partners in consonance with their Joint Vision 2020.

India-Vietnam relationship has historical roots, with diplomatic relations being established on 7 January 1972. We would soon be completing 50 years of diplomatic relations in 2022. Relations between the two countries were elevated to the level of Strategic Partnership during the visit of Vietnam’s Prime Minister Nguyen Tan Dung to India in July 2007. In 2016, Prime Minister Modi’s visit to Vietnam led to the bilateral relations being elevated to a Comprehensive Strategic Partnership.

Due to the COVID related travel limitations, Prime Minister Narendra Modi and Prime Minister Nguyen Xuan Phuc held the first-ever India Vietnam Virtual Summit on 21 December 2020 during which they adopted a historic “Joint Vision for Peace, Prosperity and People” to guide the future development of bilateral relations. On the sidelines of the Virtual Summit, the two Foreign Ministers also signed a Plan of Action for the period 2021-23 to implement the joint vision.

It marked a decrease of 22.47 per cent in bilateral trade was largely due to COVID. Vietnam was the 15th largest trading partner globally with India and the 4th largest within ASEAN. For Vietnam, India was the 10th largest trading partner, globally. The key items of exports from India to Vietnam included iron & steel, cotton, frozen meat, auto components, seafood, electrical equipment, animal feeds, cereals and pharmaceutical products. Key items of imports from Vietnam were electrical machinery, chemicals, copper, products of iron &steel and agro-based commodities.

India’s investments in Vietnam is estimated at around $1.9 billion including investment routed through third countries. Major sectors are energy, mineral exploration, agro-processing, sugar, tea, coffee, manufacturing, agro-chemicals, IT and auto components. Vietnam has six major investment projects in India with a total of $ 28.55 million. These are in the areas of pharmaceuticals, information technology, chemicals and building materials.

India has also been providing assistance to Vietnam under the Mekong Ganga Cooperation. These are as follows:

However, there are some issues that have cropped up. Items like Dragon Fruit must be allowed to be exported by Vietnam to India, similarly, products from India must be exported and both countries must enable a greater volume of exports and imports.

China lays claim to nearly all of the South China Sea, including the Spratly and Paracel Islands. However, Vietnam, Malaysia, Taiwan, Brunei and the Philippines also claim parts of the region. The region is believed to hold valuable oil and gas deposits. This Sea is strategically important as it is the connecting link between the Indian Ocean and the Pacific Ocean. According to the United Nations Conference on Trade and Development (UNCTAD), one-third of the global shipping passes through it carrying trillions of trade which makes it a significant geopolitical water body. The reasons for the dispute are contesting claims over the islands. Vietnam claims Paracel and Spratly islands which are occupied by the Chinese. China has been changing the size and structure of the reefs and has built military bases on the Paracel and Spratly islands. There have been clashes between Vietnam and China on numerous occasions.

China has refused to abide by the ruling of the Permanent Court of Arbitration of the International Court of Justice. Vietnam is doing its utmost to maintain its presence in the region. India has supported freedom of navigation and its ships frequently visit the region. India is also a part of the Quad initiative. It would possibly be an issue for discussion during the visit.

The US Energy Information Agency estimates that the South China Sea holds about 190 trillion cubic feet of natural gas and 11 billion barrels of oil. India has been exploring oil blocks given by Vietnam in the South China Sea and Vietnam is keen that India undertakes further exploration in the region. Despite protests by the Chinese, Vietnam has assured full protection to ONGC workers operating in Vietnamese territorial waters of the South China Sea. It would be in India’s interest to be proactive and continue cooperating with Vietnam in this field.

Defence cooperation has been a high point between the two countries and in 2021, despite Covid, both countries did their utmost to cooperate in this field. On 01 July 2021, the Vietnamese Defence Minister General Phan van Giang and his Indian counterpart Rajnath Singh had an online discussion to further strengthen the Comprehensive Strategic Partnership.

The Ministers evaluated the progress of the present projects and conveyed dedication to further develop commitments between the defence forces of the two countries.  They decided to commence methods to boost collaboration in the defence industry and technology and to synergise engagements across the spectrum.

Vietnam has made full use of the $ 100 million Line of Credit extended by India in October 2014 in 2021. They have already procured two high-speed patrol boats and three more would be manufactured by Larsen & Toubro. Further, seven more will be constructed in Haiphong. These boats would be of great help to the Vietnamese Coast Guard in the South China Sea.

Four ships of the Indian Navy, maintaining full protocols, undertook a bilateral exercise around Cam Ranh Bay with a Vietnamese frigate from 15 to 17 August 2021. The exercises were extremely fruitful.

Defence Training. Apart from exercises, India has been training in the following areas: –

There are three issues under consideration:

High-level visits must begin in order to intensify our friendship. Leaders at the highest level must restart visits to strengthen relations between the countries. This will pave the way for better cooperation and interoperability between the countries. The visit will make India look to her dear friend who happens to be her main pillar in the Act East policy.

The Covid pandemic has impacted interaction between nations. Vietnam is a Comprehensive Strategic Partner. Prime Minister Modi met his counterpart Prime Minister Pham Minh Chinh on the sidelines of COP 26 and had a productive interaction. The current visit by the Chairman of the National Assembly Vuong Dinh Hue will further strengthen the relationship between the two countries.