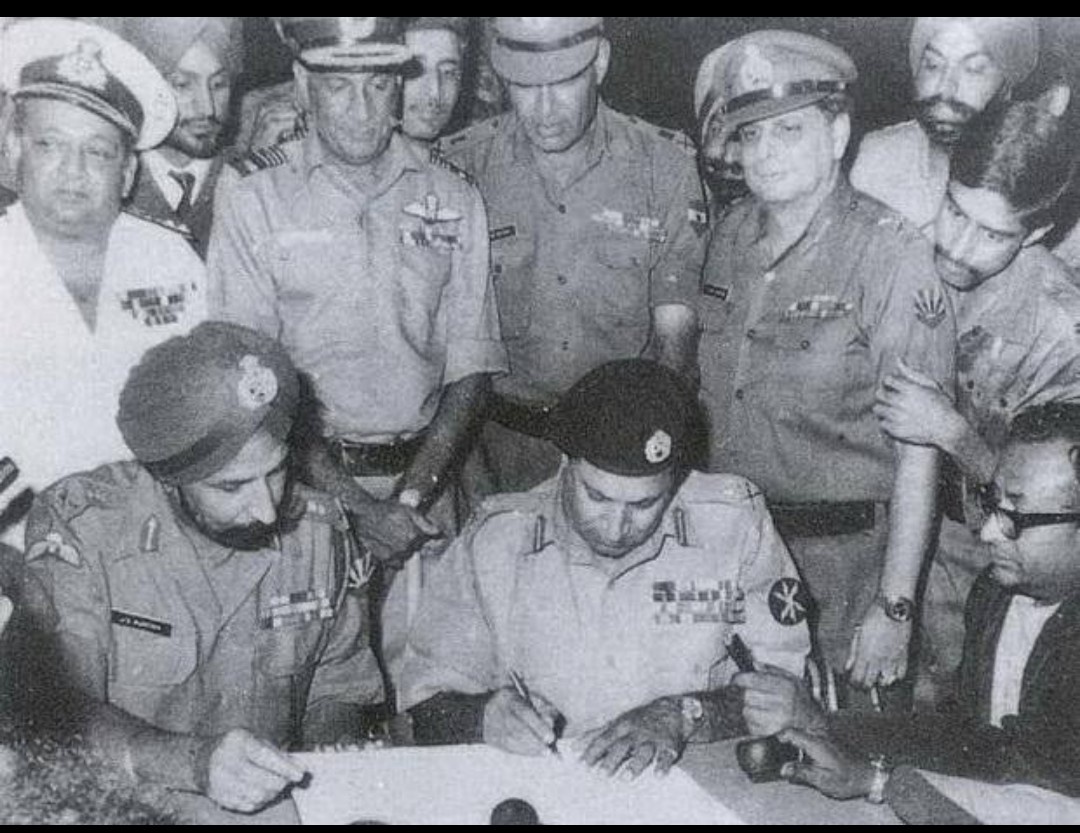 Every war throws up a host of lessons, but rare are those militaries that internalise these lessons to emerge far stronger. 1971 War was no exception to the rule. The article highlights a few such examples, their genesis being in the War for Liberation of Bangladesh.

The 50th anniversary of India’s glorious victory was celebrated with the fanfare it deserved. The Indian armed forces and the Mukti Bahini, working in close coordination, had proved their mettle by freeing East Pakistan from the clutches of the murderous West Pakistan regime. Millions were killed, hundreds of thousands of women raped and 10 million refugees crossed the border into India. Bangladesh is still demanding that the UN recognise 25th March as World Genocide Day.

Despite the US threatening India by sending its 7th Fleet to support Pakistan, India refused to deviate from its objective of freeing Bangladesh. While Pakistan failed to draw lessons from its defeat and continues to resort to the same policy of killings in Baluchistan, there are lessons for India which remain relevant and must be imbibed by the polity and the armed forces.

The first major lesson is close military-political coordination. Despite claims to the contrary, the advice of the then Army Chief to prepare and equip forces was accepted by the political leadership. The logic of the impact of weather on operations as also the need to train forces for offensive operations, as essential mandatory imperatives, was never questioned. In addition, was the vibrant diplomacy launched by the government to convince the world of India’s intent. The icing on the cake was the Indo-Soviet treaty, which provided its diplomatic support in global forums and kept other nations at bay. Close politico-military coordination ensured victory as it was launched at a time considered most appropriate for success and backed by multiple nations while the US was on the other side.

All forces involved in the operations including the BSF and the Mukti Bahini were under the Eastern Army Commander. It ensured the unity of purpose, coordinated operations and cohesively employed all resources to pursue national objectives. This aspect has been lost sight of in recent times. Central Armed Police Forces including the BSF and ITBP deployed along the Line of Control, Line of Actual Control and counter-insurgency currently operate under their respective HQs and Ministries. It has diluted coordinated security operations. The concept of one commander responsible for a single theatre must be the norm.

National will to succeed was evident in 1971. The common Indian bore hardships to ensure the nation succeeded in its goals for liberating Bangladesh. Similar sentiments were displayed during the Kargil War. Despite internal differences, the nation has always stood as one during periods of war and invasion as also in supporting the valour and sacrifice of our soldiers. However, this will lose relevance in case the success of the armed forces is politicised and exploited during elections. Equally important is political parties avoiding criticizing armed forces for political gains.

During the 1971 war, the US placed restrictions on the export of spare parts for American origin equipment operated by the Indian armed forces. It was repeated post the nuclear blast in 1998. During that period India had very little US origin equipment. These incidents should have opened our eyes to the fact that the nation cannot be so dependent as to be subservient to the dictates of foreign powers and that indigenization is the bedrock for success in operations. It took almost five decades for this realization to sink in. Nations always act in self-interest and similar restrictions can be expected in future, too. It is therefore in our interest to support our domestic industry and concentrate on indigenization, rather than banking on imports.

Synergized operations were at the core of our success. Though there were no theatre commands nor a CDS, Field Marshal Sam Manekshaw and the Military Operations Department coordinated the operations. Joint operations like the Army and Air force cooperation in Longewala, crossing of the Meghna River, as also the blockades of Karachi and Chittagong by the Navy, ensured victory.

Capabilities have enhanced since then, leading to the services reconsidering their own concept of operations. However, our forces often work in silos rather than in unison. Disagreements in the initial stages of the Kargil War bear testimony. Thus, creating theatre commands for ensuring synergized operations is paramount and must be pursued with vigour.

Intelligence has always been the bane post-1971, despite enhancement in technology. In 1971, it was the Mukti Bahini that provided accurate field intelligence to enable speedy conduct of operations. Even with the proliferation of intelligence agencies, the quality of output has been impaired because of a lack of synergy among the agencies. Kargil and terrorist strikes within India succeeded because of flawed and failed intelligence. Our agencies compete with each other. Failure to determine Chinese intent led to their intrusion being detected post its occurrence. Unless India revamps its intelligence networks there will always be the chink in its armour for the enemy to exploit.

Initially, in 1971, the plan involved capturing territory in which a Bangladesh government could be established, and refugees moved back. The capture of Dacca came into the picture much later. As operations progressed, Dacca became the goal along with the unconditional surrender of Pakistani forces in the region. The lesson which emerges is that goals must always be refined with the progress of operations.

The victory in 1971 could have been exploited for settling major border issues with Pakistan on the bargaining table. There may have been political and diplomatic logic as to why it was not done. However, there were pockets captured which were vital for future operations and should have never been handed back. Had politico-military cooperation continued post the war, rather than a battle of ego between the polity and the military on grabbing limelight for success, this could have been achieved.

While possession of nuclear weapons has changed the future concept of operations and terminal objectives, strategic lessons from 1971 remain relevant. Ignoring them would be at the nation’s peril.