Decoding The Nuts And Bolts Of Emergency Procurement

It was at the India Defence Conclave (IDC) hosted by Nitin Gokhale’s BharatShakti.in on 21 November that an overwhelming endorsement to the recently concluded Emergency Procurements triggered this piece and more so when two earlier tranches of the same route had been handled not very long back. There were a few scathing comments too on procurements per se at the seminar, which need to be put in perspective. With the focus on ‘Atmanirbharta’ and enhanced impetus to Defence Exports, a draft policy should also see the light of day soon.

It was in one of the sessions of the IDC that procurement procedures and related issues were directly deliberated. The emphatic thumbs up to Emergency Procurements found instant resonance amongst the panellists and participants but other than that it was a scathing attack on the entire gamut of defence procurement. Such a response, and that too coming just within a year of the latest bible DAP 2020, so assiduously laboured upon by all stakeholders, significantly including the entire defence industry, it evidently would have been surprising for all. However, it was not to me, someone who has handled these procurements for almost four years in the decade gone by. The mere fact that since DPP 2002 and nine versions thereafter in almost 18 years has not changed the procurement landscape says it all.

The focus here will be on Emergency Procurement and other concerns flagged which were:

To recollect there have been as many as three occasions in the past five years or so when such provisions have been invoked with an alacrity which needs serious review within the corridors of power. Elementary questions: – 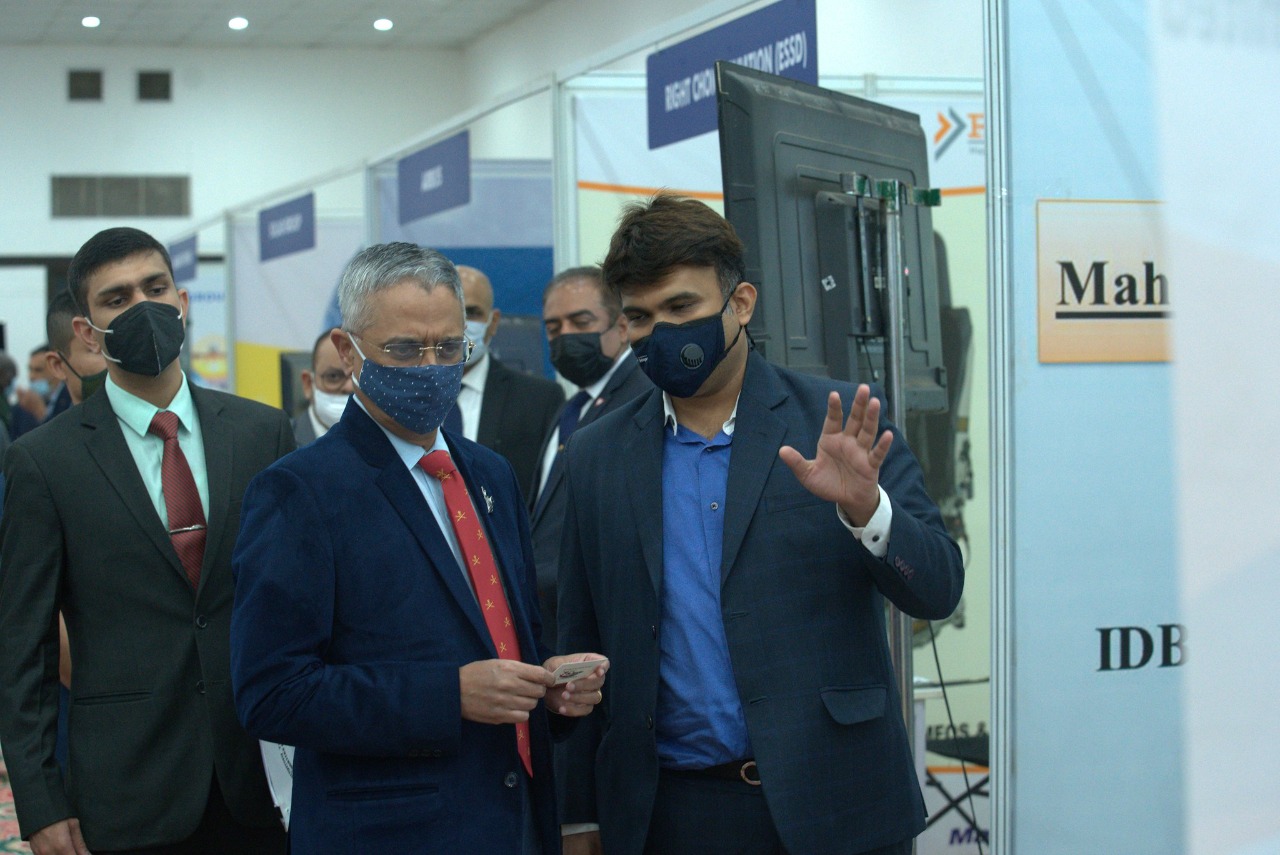 So, whether it was a fallout of the Uri or Balakot incident or the Galwan Valley clashes post which these provisions have been invoked in the recent past, the contours have been similar. The Services alone cannot be answerable to all questions raised above nor be absolved too, but suffice to highlight that this should be an exception and not become a recurring pattern that is threatening to emerge, albeit at the cost of diverting away from the actual reasons for delays in cases under normal procurement routes resulting in credibility gaps.

The biggest take away is the dimension of an effective and enabling instrument this Emergency Procurement provision is gaining which finds enthusiasm amongst the user as well as the suppliers. Those dealing and handling such procurements hands down will point out that this is primarily due to following peculiarities: –

The discerning reader will do well to attempt an analysis of the above but in reverse order to come at the very reasons plaguing the normal procurement process starting from accountability upwards. It also goes beyond saying that this is not a solution to capability building. Certain imperatives which will always remain are the trials and evaluation for platforms/equipment newly developed and yet to be exploited but if responsiveness, agility and accountability are factored in the normal processes there would definitely be room for expeditious capability building and avoidable invoking of emergency provisions.

By using the word generic there is no intention to reduce the seriousness of issues flagged that definitely need to be addressed.

The term productionization is defined as the process of turning a prototype of a design into a version that can be more easily mass-produced. Now here lies the catch – the maturity cycle of the prototype varies for each end product and the confidence that can be instilled in the user is critical. Very often the product is pitched to the user with an assurance that the ultimate production model would rectify or satisfy all observations, and this becomes contentious. A fully developed product does take time and given our diverse employment imperatives, it further imposes a challenge. Having said that, there is room for shortening this cycle and a lot of initiatives have been taken but more needs to be done.

Both issues will be addressed together. Make I, when introduced, was with this intention but somewhere the introduction of Make II/III did not let Make I mature – after all, there are occasions when the Government investment is essential for retaining the industry trust. Make I, which is an ideal cost-sharing enabling provision, has been overshadowed by an enthusiastic response of Industry to Make II which is not really as industry-friendly as it is made out to be and that is the reason not very many successes have been witnessed despite time delays/extensions. However, it is still intriguing that the euphoria built around it is yet to wane for reasons best known to the industry. On part of the decision-makers, this route with nil Investments is much better perhaps even more than the conventional R&D through DRDO. Time will validate the presumptions. Coming to the core issue there is a need for enhanced investments in R&D in all sectors. Initiatives like IDEX, Technology, Development Fund, Technology development Programs, Impacting Research, Innovation and Technology (IMPRINT) cutting across Ministries are some which are on offer. The IDEX success or similar route success is marred or delayed because of similar induction policies as for the normal route once development is over. Further, the proliferation of programs for number count rather than capability strengthening is something else that need serious intervention by the Service HQs. 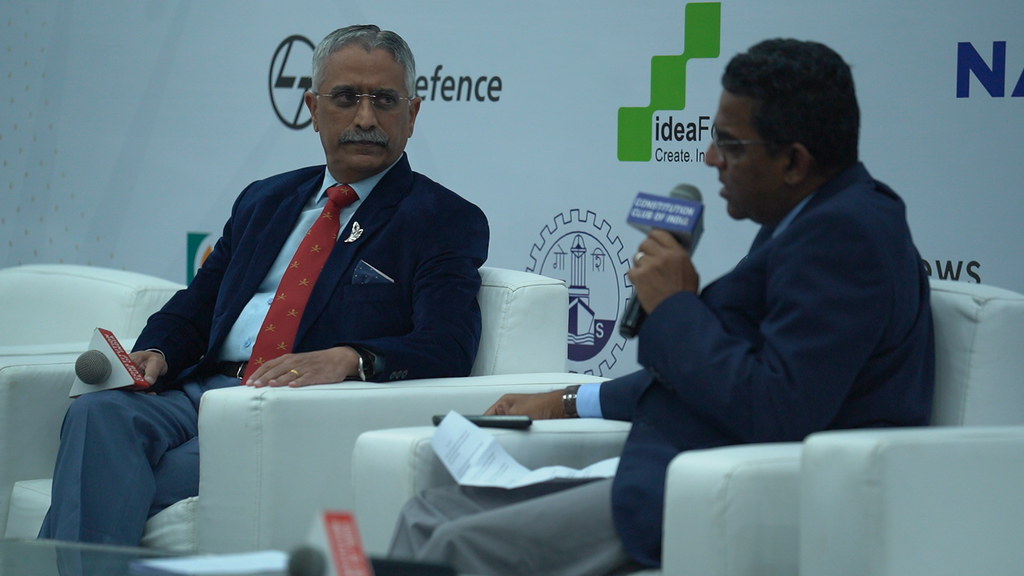 The issue was highlighted in context with the emergency procurements wherein certain procurements conventionally falling under Capital were processed through the Revenue route and resulting lack of understanding within all stakeholders. However, this is unlikely to recur given the confidence and maturity evolving in dealing with emergency procurements and perhaps was a fallout of flexibility inherent under each sanction.

Ambitious QRs Culled out of Google

This observation is very common and though the process of framing of QRs is deliberate with all stakeholders involved, the perception has stayed.  But at no point, any QR gets into print without detailed discussions with Industry, R&D, QA etc. There have been certain ambitious requirements stipulated however, all the industry had to do was to give a response that the QR cannot be met or can come in a delayed timeline but invariably some participating vendors do give a nod leaving the user or even the decision-maker with little choice. Examples are deliberately being refrained and are not quoted. However, a lot of maturities has been built in overtime and this is not likely to happen.

If this was to have even an iota of truth, we would have serious quality or performance-related issues at hand. But there are none. Yes, the quality evaluation or trials is definitely not stringent but NOT because it’s imported but because it is already in use and introduced in the Army of the country of origin or some other Army and the platform is matured with relevant QC documentation available from International Certifying Authorities. Any similar platform being developed or manufactured for the first time will have to be subject to stringent tests for obvious reasons. The Services cannot falter on this account because after all, they are taking the equipment to the battlefield where there is no looking back neither for the Men nor for the Machine. So, this needs to be viewed from the right perspective and not as a bias towards Indian R&D or Industry.

Emergency Procurement is not a panacea to capability development at large and can at the most plug in a few voids. There is a need to look inwards for the bigger platforms and enhance long term preparedness. Being at the cusp of a decade where there is a plethora of enabling provisions and matching intentions by the defence services well-articulated in the quote “We are confident that we will fight and win the next war with the indigenous weapon system,” – during the 41st DRDO Directors Conference by the then Army Chief in October 2019 and reinforced by a slew of defence reforms and a new avatar of Defence Acquisition Procedure 2020 there is no looking back. So, it devolves now on all stakeholders to make this a success by being pragmatic, upfront and collaborative in all endeavours.