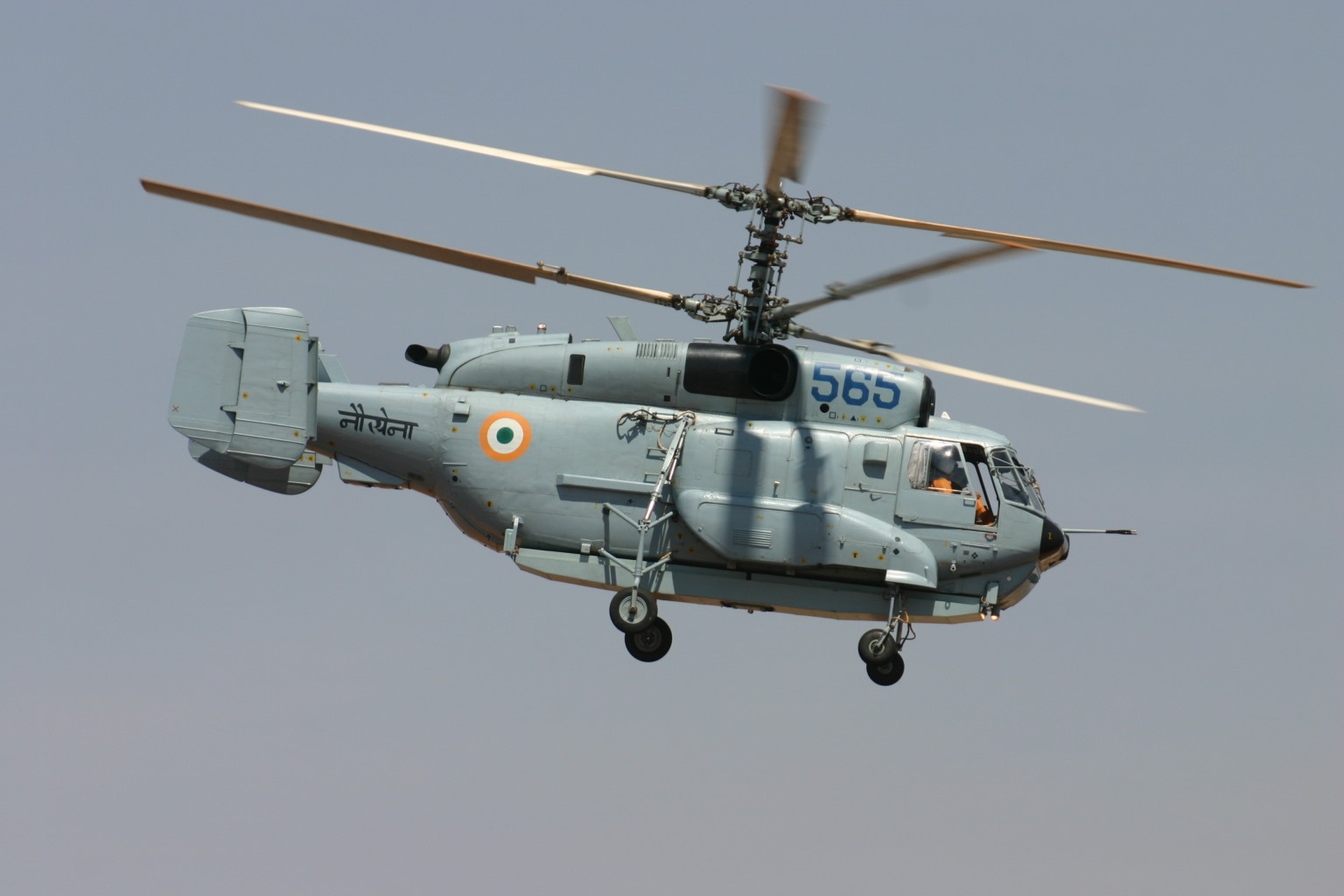 The helicopter resources of the Indian Armed forces are approaching criticality. The current holdings are mostly ageing machines that are proving impossible to maintain and are even referred to as flying coffins. The only deal that seems to be headed for fruition is the deal for the Russian Kamov helicopters. HAL has been doing a fairly commendable job, but will not be able to meet the overall requirement of over 1000 new helicopters of various classes in the next 10 years or so. The author gives an assessment of the current status, evaluates the Kamov deal and the challenges that HAL faces, to finally work out a roadmap.

The old, outdated and obsolete Cheetah/Chetak fleet being operated by the armed forces continue to fall out of the skies on a regular basis, exacting a heavy toll in terms of men and material as well as impinging on their operational capability. The last accident in the sad and sordid history of these machines was the fatal crash of a Cheetah helicopter at Sukna Military Station, West Bengal on 1 December, 2016 –all three officers on board including two pilots lost their lives. 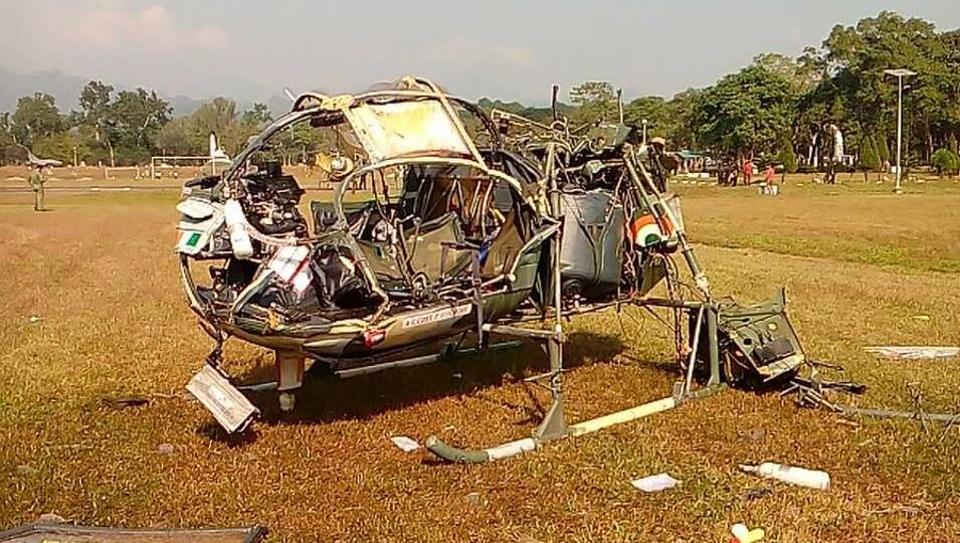 Earlier also there has been a spate of accidents involving the Cheetah helicopters, the significant ones being the crash in Dimapur on February 2015 when the helicopter was in the process of taking off from the base and the fatal crash overhead Bareilly Aviation Base, while carrying out an air test in October 2014.
While in the Dimapur crash the present Army Chief and the pilots survived, the Bareilly accident resulted in the death of three army aviation officers. In between, there have other incidents/accidents involving the Cheetah helicopters which has raised serious concerns about their safety.
The sustainability and maintainability of this ageing fleet is a serious issue and a major cause of concern today – some rotary wing experts have given the Cheetah/Chetak the epitaph of flying coffins. These factors seriously impinge on the national security and operational preparedness primarily due to the fact that the Cheetah helicopters are the lifeline of troops deployed in high altitude areas including Siachen and are already operating at the extremes of their performance envelop.
Three different trials for the replacement of this obsolete fleet conducted over a period of 14-15 years have unfortunately yielded no results. With the critical Cheetah /Chetak replacement programme continuing to flounder the Government finally embarked on the Government to Government route with Russia for the supply of 200 Kamov- 226T light helicopters, under the Make in India Policy.
This Government to Government agreement for the Kamov helicopters was signed during Prime Minister Modi’s visit to Russia in December 2015 and the Joint Venture (JV) between HAL and Russian Helicopters was signed in October 2016, during the Indo-Russian summit in Goa. The registration of the JV in May this year is a positive sign and it is expected that the contract will be signed by early next year.
Unlike most of the helicopters in this category, the Ka-226T is a multi-purpose, twin-engine, contra-rotating helicopter with options of different payload configurations. The helicopter had participated in the last trials carried out in 2012-2013 along with Eurocopter’s (now Airbus) Fennec AS 550 C3. In a related development, the Russian Helicopters has offered its Kamov 226T with the option of folding blades for the Indian Navy’s light Naval Utility Helicopters (NUH) programme–the Navy is looking at 100 NUH units. In an earlier assessment, the Navy had found these helicopters not suitable for operating from ships and there seems to be no change in that stand to date.
Replacement Options and Problem Areas
Despite the hype generated by the registration of the JV in May this year and the likelihood of the contract being signed early next year, there are a couple of issues involved in the Kamov project, on which there is little or no clarity at present.One is on the indigenous content under the Make in India policy and the other more critical issue is regarding the engines fitted on the Ka-226T.
Russian Helicopters, which has developed the Kamov-226T, has sourced its twin engines (Arius 2G1 which constitutes almost one-third of the chopper’s cost), from the French company, Turbomeca. As per reports, the Russian Government has accepted responsibility only for indigenising Russian components – a step which would result in a shortfall of the indigenisation levels required as per the ‘Make in India’ Policy.
It also means that HAL as the nodal agency on behalf of the Indian Government will have to negotiate separately with third country vendors for indigenising their components and systems like the engines.However, the positive development in this regard is the signing of an agreement between, French company,‘Safran Helicopter Engines’ ( parent company of Turbomeca) and HAL during the Farnborough Air Show, to establish in India a support centre for helicopter engines catering to their manufacturing and provision of MRO facilities.
This JV will initially cater to TM 333 and ‘Shakti’ engines installed on the HAL built helicopters like the ALH ( Dhruv), Rudra (armed ALH) and the Light Combat Helicopter (LCH). Shakti is more powerful than the TM 333 and is the Indian name for SafranArdiden 1H engine which is already being co-developed with HAL and produced under license.
It also seems likely that the engine for HAL’s under development Light Utility Helicopters (LUH) will subsequently also form part of this JV as the Safran’sArdiden 1U engine is already fitted on the developmental model. However, whether the Arrius2G1 engines fitted on the Kamov- 226T helicopters will also get included in the JV remains to be seen and will be clear only after the final contract is inked. Add to this the fact that as per the Government agreement, Russian Helicopters will deliver the first 60 helicopters in flyaway condition – these would be assembled entirely in Russia, with little scope for indigenisation. 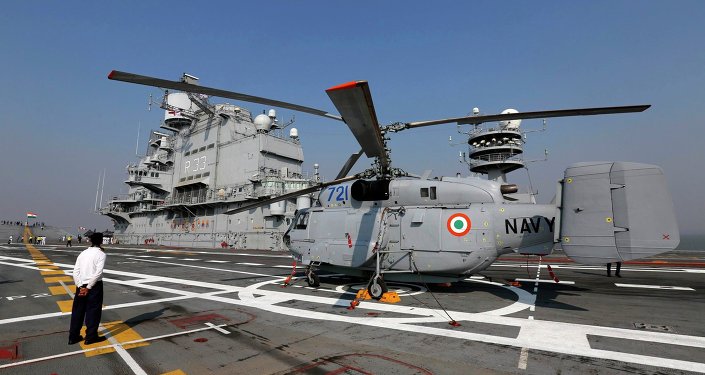 It leaves the balance 140 helicopters for meeting the 50 percent ‘Make in India’ goals over the entire fleet of 200. It is understood that some Indian private companies may also be part of this programme, especially to build Kamov-226T components and systems in India.However, even if all issues were smoothened out and a final contract inked early next year it would take another 8- 10 years period over which these 200 helicopters could be inducted/built in India.
Simultaneously, HAL’s new LUH Project(3 Ton class) for supplementing the replacement of Cheetah/Chetak helicopters seems to be on track as of now. According to HAL projections, the LUH would complete flight certification and enter production by the middle of 2018. HAL is required to provide 187 LUH’s in the overall requirement of 400 plus by the Armed Forces in this category – these will be built at HAL’s new facility at Tumkur, where the foundation stone was laid by the Prime Minister in January last year.It is important to note that the HAL will also have to meet the Military’s orders already placed for the ALH, Rudra (armed ALH) and the LCH simultaneously. Hence, it is difficult to imagine HAL producing more than 20 odd LUH’s per month(an optimistic figure under the given circumstances) –this will require a period of 9-10 years to produce the 184 helicopters envisaged for the armed forces.
The above facts bring out one glaring reality that the Cheetah/Chetak fleet will continue to operate with the Indian military at least for the next 10 years, though in declining numbers. Hence, their sustainability and maintenance will remain a priority area to ensure safety and reliability during flight operations and needs to be addressed holistically by all stakeholders, especially HAL, or else the stigma of flying coffins will firmly get ingrained in the history of these helicopters.

That the Cheetah/Chetak fleet will continue to be operated by the armed forces for the next decade is a reality. Hence the current dismal state of the Chetak and Cheetah fleet and its serious maintenance and safety concerns need to be addressed on priority.With the maintenance of this fleet as acknowledged by the armed forces having already become a nightmare, HAL will have to play a major role in this entire exercise. 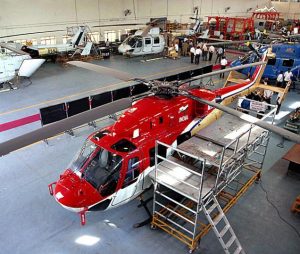 The ‘Cheetal,’ an upgraded version of the Cheetah helicopter with a more powerful engine (TMM 333 earlier fitted on the ALH), being fielded by the HAL in limited numbers to overcome the current critical situation is basically a non – starter, for its other airframe components, continue to remain the same. The safety and reliability of the Cheetal helicopter, therefore, will continue to remain a serious concern, similar to that of the Cheetah.
The IAF has already inducted a few Cheetals and has placed a total order for 10. The army also has placed an order for 20 Cheetals. In the absence of new inductions in the immediate future, perhaps other short-term measures such as additional precautions, added checks, reduced maintenance intervals etc., need to be adopted to keep the fleet flying safely.
The Ka-226T is a good platform and has already been tested in trials in India along with Airbus’s AS 550 C3 Fennec as brought out earlier. Presently, approximately 70 Ka-226T helicopters are operating in Russia with Government agencies, but these are fitted with Russian manufactured engines which have limitations in high altitude operations and hence the French engines for the Indian project.
To overcome the misgivings brought out in the preceding paragraphs, HAL must work with the Russian Helicopters in a time bound manner in resolving all issues, howsoever complex and the Government must sign the contract at the earliest or else it will be another critical defence deal gone awry. Simultaneously, the LUH project needs to be closely monitored for its stated timelines and quality so that HAL delivers as per its claims.  Lastly, the Government could also look at the leasing option to tide over the criticality from amongst the time tested and capable world class helicopters available in the market like Airbus 550 C3 Fennec and Bell 407. Incidentally, both these helicopters have participated in one/two trials conducted over the years. This is a viable option and needs to be explored by the Government if the situation so demands.