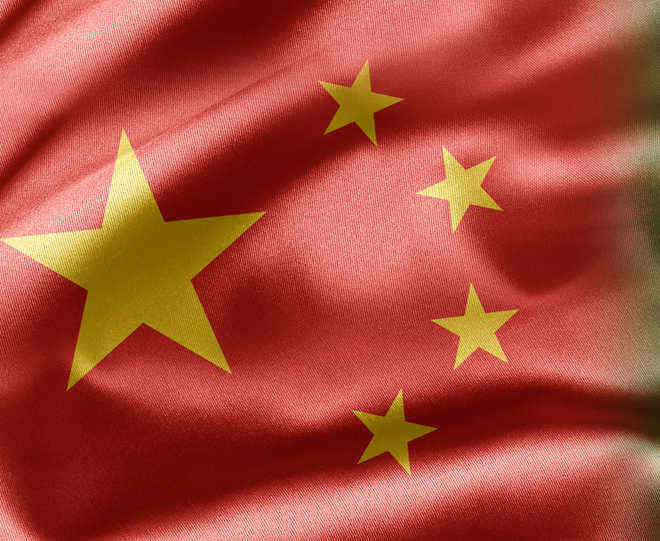 After three months into donning battle gear and standing vigil all across the heights of Eastern Ladakh, repeated meetings at the level of Corps Commanders and Joint Secretaries, repeated assertions of pulling back to positions before 5 May, 2020 and repeated reference to the Peace and Tranquillity agreement between the Indians and Chinese, some positive outcomes were expected when the Defence Ministers of both the countries met in Moscow on the side-lines of the SCO meet. However, no an inch has been gainer.

The Chinese Defence Minister Wei has reportedly told the Indian Defence Minister to “refrain from provocations on the current Line of Actual Control (LAC), abstain from actions that may cause the situation to heat up and not to deliberately hype up and disseminate negative information…”  The rather uncultured tone of the message and the Chinese distaste for the Indian free press was quite discernible in his comments.

According to the Indian Defence Ministry, Mr, Singh’s comments were, “The current situation should be handled responsibly and neither side should take any further action that could either complicate the situation or escalate …”

However, was there enough reason for a rapprochement to be expected? Were the Chinese really expected to go back to their positions before the trouble started? Has it happened anywhere else where the Chinese have announced new claim lines? The South China Sea countries have witnessed shrinking EEZs, almost without an exception.

Hong Kong is experiencing the run of the Chinese steam roller. The new Hong Kong Special Security Law robs the citizens of their rights that have been the cornerstone of their free society. The Taiwan Strait is on the boil. The Japanese have their logistics tail out of China. The Australians are forgoing their relationship with the Chinese that had brought them immense economic gains. The Chinese seems to have a quarrel with every other nation.

That’s not the end of the list, though. In fact, there I had an interesting interaction with a Vietnamese diplomat recently. He laughed at the Chinese salami slicing in Easter Ladakh. when he said, “There is nothing so disturbing about what the Indians are experiencing along the Line of Actual Control with China. Even in the South China Seas there is no agreed line. If that argument of the nine-dash line doesn’t pay, the Chinese fall back on traditional fishing rights. SCS nations face Chinese salami slicing every so often.” A huge Chinese marine militia of fishermen, with the coast guard close at hand, enforce the Chinese will on large parts of the SCS which are actually within the economic zone of other countries.

The meeting between the two Defence Ministers of India and China was scheduled at the behest of the Chinese counterpart. Three requests were received.

As far as the meeting of the two Defence Ministers is concerned, the Chinese have played their cards in conformity with a pattern that we have witnessed in the past. In 2007, just prior to the visit of the then Chinese President Hu Jintao, the Chinese envoy in India laid claim to the whole Arunachal Pradesh. The message was clear: Arunachal will remain an issue, no matter how much we progress in other areas like trade and commerce.

In September 2008, the gap in timelines between Chinese intrusions in Eastern Ladakh in the areas of Pangong Tso and Trig Heights and that of the visit of the then Chinese Foreign Minister was razor thin; barely four days.

In Apr – May 2013, the Chinese staged a 21-day faceoff at Depsangin in Daulat Beg Oldie sector. The 2013 intrusion was executed by the Chinese just prior to the visit of their Prime Minister Li Keqiang. It overshadowed the visit. In fact, it was a display of arrogance and possibly we were expected to lump it and carry on with the Chinese Premier’s visit, in spite of the provocation. However, PM Manmohan Singh raised the issue with the Chinese PM. Even today, consequent to the current flare-up, the Chinese are sitting almost 17 km inside Indian territory.

The next episode was played out at Chumar in Ladakh in September, 2014 during the visit of Chinese President Xi Jinping. The incident again promised to overshadow the visit and required the personal intervention of the India PM Modi before a withdrawal was staged by the Chinese as per the assurances of the Chinese President to him.

The repetition of border incursions coinciding with major diplomatic exchanges between the two countries has led to the speculation that rogue Generals initiate these intrusions without Beijing’s sanction. However, such a theory is untenable, especially now that Xi has a stranglehold on both the party and the Peoples Liberation Army. Obviously, these are plans that have been worked out to the last detail and are being executed with precision.

As such, a Chinese attempt to improve their posture in the areas South of Pangong Tso just before the two Defence Ministers were to meet at Moscow, is barely a surprise. The Army leadership needs to be complimented for garnering timely intelligence of the Chinese movements, and wresting the hitherto unmanned heights, south of Spanguur Tso, in pre-emptive manoeuvres.

Tactically, the occupation of the heights is a major advantage for the Indians. It serves to intervene decisively with any movement of the Chinese through the Spanguur Gap. The gap, though not too big to be any analogy to what is called good armour induction avenue, can be utilised by the Chinese to push in their light armour through, for further employment towards Chushul.

Having piped them to the post, these are heights that the Indian Army will be loath to vacate, should meaningful de-escalations be deliberated upon between the two sides in the scheduled meeting between the Foreign Ministers on 10 September. However, the gains, contingent to the progress of mutual withdrawal negotiations, could be leveraged for an overall advantageous settlement.

As of now, both sides are as close to an eyeball to eyeball confrontation. The incident of 20 deaths at Galwan, predisposes the possibilities of another confrontation, ending in fist fights or the use of deadly nail-studded batons and the like. It is more likely to be bullets flying when we lose the next man.

With the winter knocking at the doors, both sides have huge challenges to maintain their postures. The troops at the frontlines have unenviable weather ahead. Only those who have served in such areas can imagine how the wind whistles and the chill factor bites up, on those slopes.

Any prognosis can at best be blurred or uncertain. The Chinese have embarked on an ambitious plan of expansion of territory and influence all across their land borders and sea shores. Where they have neither of these options, they are tying down countries in debt traps by making them to lease their land and assets. Two examples being, Hanbantota Port of Sri Lanka on a lease for 99 years, while Pakistan has got away by leasing out Gwadar for just 45 years.

It’s also quite clear to every Indian that we have to fight our battles on our land borders ourselves. There are no partners we have as we push back even a two front threat on these borders. Our military’s preparedness state has multiple yawning gaps. Into its second tenure, no government can pass the blame to its predecessor. Notwithstanding the Wuhan Virus, the resources will have to be found. We also need partners to hit the Chinese soft underbelly in the Indian Ocean and also a lot more. The Quadrilateral needs to firm up. Each of its members need the other three.

The Chinese seem to believe that their time has really come. COVID 19’s enormous global impact has encouraged them to push the pace. It’s the Chinese great game, now in a fast forward mode. And, the most proximate resistance is from India. Perhaps a low cost test bed; they miscalculated!