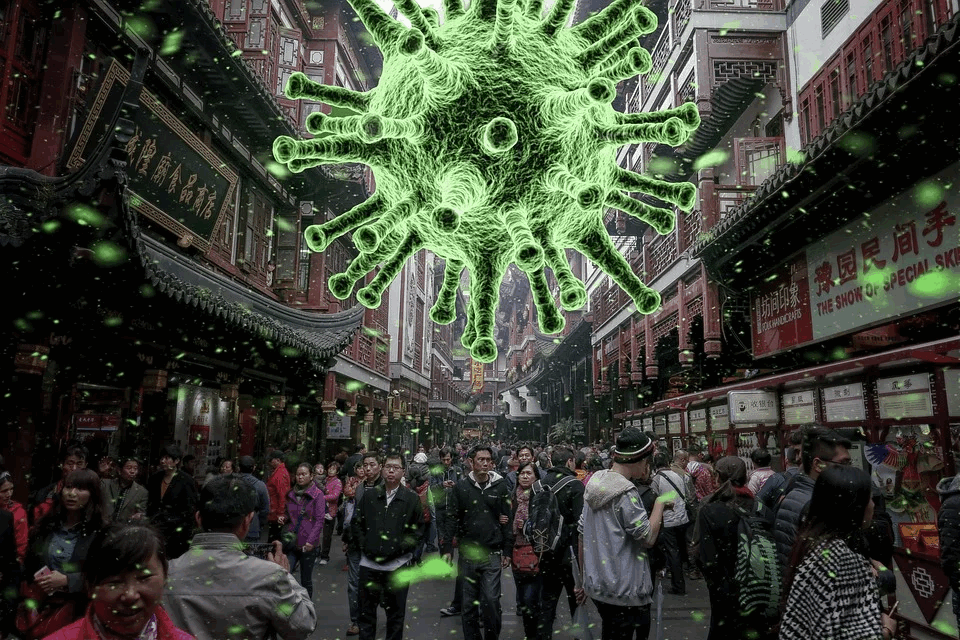 Mankind is at war. The new enemy is the novel Coronavirus that actuates COVID-19- a killer disease. It has emerged from China infecting over more than 800,000 people and killing 39,000 people worldwide in a matter of weeks since its outbreak. According to WHO, the Coronavirushas crept across 200 countries and territories around the world and a luxury Cruise Ship (the Diamond Princess harboured in Yokohama, Japan). India is no exception, with more than 1000 confirmed cases and 32 deaths as on 31th March, the country of 1.3 billion is reeling under a complete lockdown for 21 days.

The novel (new) Coronavirus -now officially called COVID-19 (Corona Virus Disease) by the WHO –traces its origin to the Chinese SARS (Severe Acute Respiratory Syndrome) virus. Scientists now suspect that the Coronavirus originated in bats, then hopped to other animals; most likely pangolins, pigs, or civets; which then passed it on to humans in the Chinese business hub of Wuhan, through the city’s live animals and seafood market. The disease is now spreading from people to people without any animal intermediary. According to South China Morning Post, the first case was reported way back on 17 November 2019 in Wuhan, more than a month before China brought it to the notice of the world.

This Chinese virus is highly contagious and has amazing ability to infect a healthy person to ultimately spread like a wildfire by transmission between human beings. Once the virus gets inside the body, the lungs get infected and hinder the respiratory passage severely, choking the patients’ breathing. The novel Coronavirus being new to the human body, our immune system is unable to cope up with the unknown enemy. There is also no medicine available to fight the virus.

At present, most of the world is reeling under total ‘Lockdown Conditions’-a strategic retreat before it could develop appropriate medicines to fight the enemy. Billions of people are practicing self-isolation and social distancing in an effort to slow down the spread of the virus.

While several weeks of aggressive measures should slowdown transmission and provide health services with a fighting chance, the whole world should be braced for precautions against COVID-19for many months, constraining every aspect of their lives. As per latest findings, it’s difficult to predict specifics with such a fast-moving pandemic. We are likely to experience multiple waves spanning a timeline that could play out over the next one to two years.

Numerous reports and research findings indicate that self-isolation won’t stop the disease, but will reduce the strain on health services resources, allowing doctors to save more lives. The Imperial College, London reports indicate that social distancing protocols will need to last for months, not weeks, to be effective.

Scientists and doctors around the world are working on a vaccine, but it’s more than a year away. Until then, doctors are unanimous with their messaging: Stay isolated and flatten the spike. The public must heed these warnings in order to control the disease.

Here is a sequence of events, supported by facts that clearly point to deliberate negligence, mishandling and indifference on the part of the Chinese authorities which allowed the disease to spread by supressing its outbreak resulting in bringing the whole world to its knees.

The significant fact that emerges from the ‘Timeline’ given below conclusively proves that the Chinese authorities suppressed the information about the new virus outbreak for several weeks before it became difficult for them to hide it from the world. China exported the virus to the world with millions of Chinese people from Hubei province travelling all across China and abroad during their longest annual holidays that coincide with the Lunar Spring Festival, starting 25 January, when the COVID-19 outbreak was spreading like a prairie fire in Hunan.