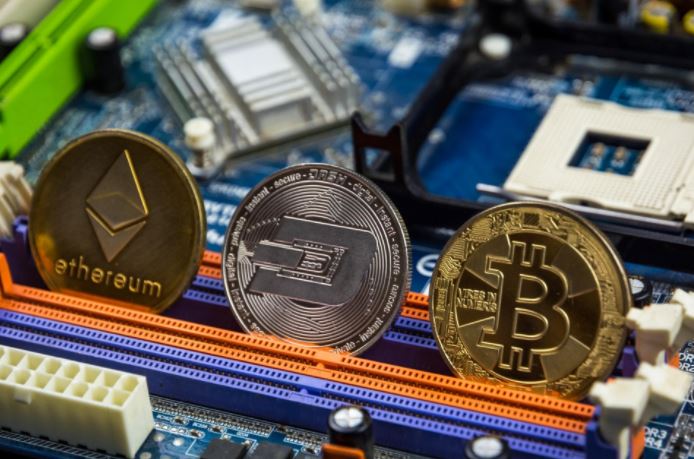 Cryptocurrency: A Strategic Tool with Implications on Financial Security

How monetary transactions are made has undergone a revolution in the recent past. One such methodology that has both states and institutions on their edges is crypto currency. The article delves into how such currencies are created and the risks that have to be addressed to ensure our financial systems can operate safely.

With the world increasingly moving away from paper currency to digital mode of payments, virtual wallets have penetrated the remotest corners of the planet. Technology has enabled and empowered the masses way beyond what was conceivable just a few years back. Every smart mobile, connected with the Internet, is capable of handling a large volume of transactions from anywhere thus affording the luxury of only moving a fingertip to transact.

On the other hand, the darker side is of such technologies also acting as enablers in providing an easy tool to the drug dealers and peddlers and the terrorists to fund their outfits. Though it would take an enormous amount of energy and effort, not only non-State actors but also an inimical State has an explosive opportunity available to destabilize the economy of a country that has poor built-in safeguards. The introduction of virtual, more often referred to as a cryptocurrency, has enhanced this possibility by leaping a couple of bounds ahead in the last decade.

The notion of money transactions is radically altered when it comes to cryptocurrency because it keeps the identity of the user unknown and immutable forever by using blockchain technology as opposed to the traditional systems such as the banking and other financial systems and instruments prevalent so far, where one can ascertain who gave money to whom. An individual could easily bypass the established financial chain in any part of the globe or any country.

Blockchain, a global database, is a game-changer technology and the sites or users using the cryptocurrency network such as Bitcoin are required to dip into this database. It consists of a chain of blocks which are but a record of all transactions arranged in semi-decentralized, distributed ledger systems that have taken place in the network.

Very strict cryptographic rules are built in – to pack transactions in a block, thus the system becomes unassailable. The network does not have a central authority that could act as a sovereign government to regulate it. There is no one to provide a guarantee, gold backing and maintain a central reserve in a bank; once it goes bust the investor has no means to recover his losses. This unique form of currency, intellectual artefact indeed, is sometimes referred to as virtual money or geek currency.

Anonymity and unassailability of the transaction and the ease with which one can do it makes it very desirable and popular with people. With only 21 million Bitcoins available, the speculative value had gone up from USD 1 in 2009 to USD 64,804.72 on 14 April 2021 and is quoting around USD 44,500 as of today. A plethora of cryptocurrencies such as Ethereum, Dogecoin, Tether, Ripple and Litecoin etc., are being traded daily in the open online market.

At present, no laws are governing the use of cryptocurrency in India. It is reported that the government is working out a framework and some guidelines. Possession or trading in crypto assets is not illegal. It is an asset in the same class like gold, silver or diamond. For this purpose, several crypto trading exchanges or platforms such as Unocoin, CoinDCX, WazirX, CoinSwitch Kuber etc., have boomed in India in the recent past which allow users to trade in cryptocurrency with ease. Some of these have now gained millions of clients in a very short period of trading on the platform and have raised enormous funding, signalling the popularity of cryptocurrencies.

After CoinDCX became the first crypto platform to turn into a unicorn with a valuation of $1.1 billion in August this year, CoinSwitch Kuber is the 30th unicorn this year and the second $1 billion crypto company with a valuation of $1.9 billion.  In the aftermath of demonetization, a perceptible spurt in interest was generated in the lucrative investment that cryptocurrency offered. Whether it was due to international dynamics or entirely with Indian characteristics, the correlation may not fully be explained.

What bothers any government is not the presence of such a trend in hundreds of cryptocurrencies currently going around the globe but the lack of regulations, taxation, accountability and guarantee to the investors as well as the burgeoning volume of trade that may form a sizable part of the economy; although it is has yet not gathered the critical mass.

Cryptocurrency is legally not a currency in most countries and is at best a digital asset. It’s designed as a payment system using cryptography in one on one or peer to peer transactions between users directly, without an intermediary or central authority and resultantly cannot thus be part of the legal system.

The pairing of dark web services with cryptocurrencies has led to threats of a boom in crime as per Finance and Development, September 2019 paper published by International Monetary Fund. It said, “Recreational and pharmaceutical drugs are the most popular products, followed by stolen and counterfeit documents such as identities, credit cards, and bank credentials. Some sites offer hacking and technological crime services, including malware, distributed denial of service attacks, and hacking for hire. A good number offer a mix of these and other products, including pornography and counterfeit goods.”

The most disturbing aspect is the fact that the deep and dark web is full of cryptocurrency, especially Bitcoin, users and the trade is beyond USD 1 billion. The sale and purchase of narcotics and drugs, weapons and military equipment, organ trade, money laundering, child abuse, pornography and sex industry-related issues and transfer of funds to terrorist organizations involved in radicalization go on without much fear or fuss.

Differing stands have been taken by some of the countries in the developed world about the use of cryptocurrencies; there is cautious acceptance, and the emergence of cryptocurrency has been permitted under a controlled environment. However, the governments from Asia, Europe to the US have been converging onto the same page to launch a crackdown on illegal trade as well as the use of cryptocurrency on the dark and deep web, lest the highly volatile system erodes, impedes, undercuts wears away or undermines government’s control on the financial as well as the monetary systems and catalyse systemic risk. Such a step will also check financial crimes and prevent investors from getting hurt. Research and development are in progress, especially in the field of Blockchain technology.

China has been the hub of mining cryptocurrency with more than half the world’s requirements reportedly originating from there. Twice, bans have been imposed (2013 and 2017) but the crackdown did not help. China has once again banned all transactions of cryptocurrencies and termed them as illegal through its ten agencies including the Central Bank. Bitcoin and similar digital tokens have effectively been pushed out of the platform for the time being but its sustained success is not guaranteed.

The international community is moving towards bringing out a mechanism in dealing with this new development in the dark web. The challenge on the dark web is to devise approaches that go along the fine line of protecting genuine usage while identifying and eliminating the most dangerous activities. Significant progress has been made in addressing some of these issues by sharing and exchange of information, building law enforcement’s technical capabilities to tackle major illicit marketplaces and cryptocurrency transactions. There is no room for complacency as innovative ideas break in every day that simultaneously has the potential of disrupting the financial systems in place, anytime.