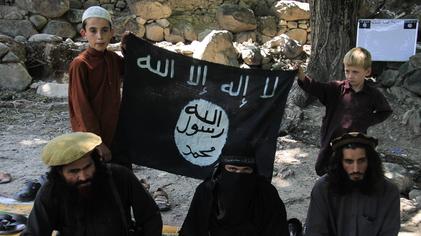 As the US and allied troops carried out the evacuation of their troops, diplomatic corps, contractors and Afghan civilians, the Taliban took over the administration of Afghanistan and the world held their breath and prayed for a safe and speedy evacuation, now that the enemy was in power. Surprisingly, the Taliban not only provided security for smooth evacuation but also allowed it to progress uninterrupted.

However, the shadow of violence was omnipresent. On 26 August 2021, a suicide bomber blew himself up at Kabul Airport killing 13 US soldiers and over 170 Afghan civilians. The responsibility for this senseless attack was claimed by Islamic State Khorasan Province (ISKP). Since then, amidst growing concerns of implementation of harsh Sharia laws by Taliban, it is the regular mindless violence being perpetrated by ISKP, which is scorching the headlines. The latest amongst them was the Kunduz Mosque bombing on 8 Oct 21, which killed over 100 worshippers.

ISKP is an offshoot of the Islamic State, active in Central and South Asia. In this article, an attempt has been made to give an overview of ISKP, its organisation, ideology and modus operandi.

It was in 2014 that disgruntled ranks of Tehrik e Taliban (TTP), Taliban and Al Qaeda operating in Afghanistan – Pakistan (AfPak) were met by the representatives of the Islamic State operating in Syria and Iraq. Consequently, in 2015 Islamic State, announced the establishment of its Khorasan wing.

Khorasan is a historical region extending across parts of Afghanistan, Pakistan, Turkmenistan, Tajikistan, Uzbekistan, and Iran. Abu Bakr, the head of the Islamic State-appointed Hafiz Saeed Khan, an erstwhile TTP commander as the first head of ISKP. In TTP, Hafiz operated in the Orakazi region in FATA in Pakistan. His appointment led to ISKP making deep inroads into Pakistan and the defection of more commanders from TTP, further strengthening ISKP.

Since 2015, ISKP has been a security challenge for erstwhile Afghan security forces, Taliban, Pakistan and foreign troops in Afghanistan. It also established strong links with militant groups in Uzbekistan and Turkmenistan. In 2015, the growing ISKP threat invited retaliation from Quetta Shura of the Taliban, which ordered its elite “Red Unit “commandos” to fight ISKP. Sustained action by Taliban resulted in the surrender of ISKP in 2018, in Jowjan province.

The US and its allies while in Afghanistan and erstwhile Afghan Security Forces were often engaged in counter-terrorism actions against the ISKP in Eastern Afghanistan, inflicting heavy losses. Hafiz Saeed Khan, the first leader was killed in a US airstrike on 26 July 2016. Three more ISKP leaders namely Abdul Hasib (April 2017), Abu Sayeed (July 2017) Abu Saad Orakzai (August 2018) met the same fate. ISKP leader Aslam Farooqi, Qari Zahid and Saifullah (the dreaded Abu Talaha) were eliminated in Kandahar in March 2020.

Iran too has been hurt by ISIS and have secretly collaborated with the Taliban to seal their land borders with Afghanistan, to deny ISKP free movement.

These setbacks made Islamic State reorganise ISKP. In May 2019 it announced the creation of an independent Pakistan and India wing, limiting ISKP to Afghanistan, Iran and Central Asia. Continuing with the restructuring, Al Muhajir, an erstwhile Haqqani terrorist, heading ISKP operations planner, was made the ISKP head, on the capture of Aslam Farooqi. Al Muhajir carried out series of high-profile attacks including the May 2020 Kabul Maternity Ward attack killing 24 and in Nov 2020 targeted Kabul University killing 22.

United Nations, in June 2021 assessed ISKP to be 1500-2000 strong, based primarily in Kunar and Nangahar provinces of Afghanistan. Dispersed in autonomous cells, under ISKP ideology and banner, these groups lack the ability to control a province or a town, mainly due to lack of coordination and cooperation amongst groups and due to lack of local support. However, they retain the ability to carry out individual attacks like the bombing of Kabul Airport on 26th August 2021 and the Mosque bombing in Kunduz on 08 October 2021.

A quote from ISKP 2015 video highlights ISKP ideology “There is no doubt that Allah the Almighty blessed us with jihad in the land of Khorasan since a long time ago, and it is from the grace of Allah that we fought any disbeliever who entered the land of Khorasan. All of this is for the sake of establishing the Shariah.” In line with Islamic State ideology, ISKP seeks to establish a global transnational Caliphate, governed by Islamic law. Islamic State’s motto “baqiya wa tatmaddad”(remaining and expanding) calls upon and urges Muslims from all across to world to join this Caliphate.

Unlike Al Qaeda, from which it has branched off, Islamic State believes not only relentless struggle against the West and its allies but also the apostates amongst the Muslim community. The numerous attacks on minority Shia Hazara community in Afghanistan by ISKP is in line with the Islamic State’s ideology of war on apostates.

It was the Islamic State and ISKP’s ideology of relentless war on the West and their allies that drew many disillusioned Taliban ranks, once Taliban entered into peace talks with the US. In March 2020, in its mouthpiece “Al- Naba”, it condemned the Taliban-US peace deal, naming Taliban as a US ally. ISKP accuses Taliban of not adhering to strict Sharia law and refuses to acknowledge Taliban as the legitimate ruler of Afghanistan, terming it as “filthy nationalists” catering to a narrow base of the Afghan community, namely the Pashtuns. It has vowed to revenge the selling out of Afghanistan by Taliban.

ISKP is headed by an emir, presently Shabab al-Muhajir. Its senior leadership consists of a Shura Advisory Council. Commanders in provinces /controlled areas are responsible for bureaucracy, intelligence and logistics. Former TTP defectors are no longer at the helm and Al Muhajir is believed to be an Arab, the first such ISKP leader.

Earlier, the mid-level commanders were mostly Taliban defectors but now it is broader-based. ISKP today has affiliations with Lashkar e Taiba and Al Qaeda in the Indian sub-continent.

Its recruitment policy exploits divisions between existing jihadi groups as can be seen from the number of ex Taliban and TTP members in its ranks. Cash incentives, inspiring by popularising heroism of battlefields of Syria and Iraq are the most common allurements offered and of course a place in heaven on becoming a martyr to the cause.

Heavy losses in Syria and Iraq have not led to the migration of the Islamic State fighters from there to ISKP. As a branch of the Islamic State, it maintains strong ties with it but is operationally independent. Unlike Iraq and Syria, in the Indian sub-continent, ISKP has rarely used women, terrorists.

The finances of ISKP is a dark trail of extortion money, local contribution, receipt from foreign donors (and the Muslim States) via the hawala operators working in Kabul and Jalalabad and from its parent organisation, the Islamic State.  The finances of ISKP are modestly robust. As its transactions are mainly through a parallel financial system, ISKP till now has evaded international sanctions on its finances.

ISKP, though depleted continues to wreak havoc in Afghanistan, which is now free from the foreign-sponsored war on its soil after 40 years.

Targeting vehicles by remotely triggered explosives in the last few weeks in Jalalabad has seen Taliban launch a major operation in Jalalabad. Suicide bombing is its other preferred tactic to target civilians and security forces. The use of firearms and beheading also find favour in ISKP tactics. The killing of 16 Hazaras involved in demining on 8 June 2021 in Baghlan highlights to strike terror, being an example.

Prior to Taliban takeover, civilians suffered the most in ISKP attacks followed by security forces including foreign troops. The post-Taliban takeover, the majority of ISKP attacks have been on Taliban though deadly attacks such as ones in Kabul Airport and the Shia Mosque in Kunduz are grim reminders of their barbaric insensitiveness.

In the ongoing Taliban-US talks in Doha, the US offer to deal with ISKP was strongly rejected by Taliban, stating that it does not want interference by foreign countries in Afghanistan.

In an interview with Al Jazeera, the Afghan Foreign minister reiterated zero tolerance to foreign interference. Also, in the interview, he stated that Taliban does not agree with the radical and extreme Islam of ISKP.

In case Taliban can re-invent itself and lead Afghanistan on the path of a smooth and speedy recovery, dealing firmly with ISKP, the menace of ISKP will reduce but it will not get eradicated as the autonomous cells will time and again resort to perpetrating violence. Lack of local support to ISKP may see ISKP induct foreign militants, the success of these in Afghanistan however is doubtful.

However, in an attempt to stay relevant and keeping in line with their ideology of expanding their “Caliphate”, ISKP will try and infiltrate its influence in the “kafir” state of India, namely in the Jammu and Kashmir region, a region which is disturbed and has often seen flags of ISIS raised during protests. As the main cause of disturbance in Jammu and Kashmir is Pakistan, in future, it will not surprise anyone if Pakistan joins hands with ISKP to undertake violent activities in India.