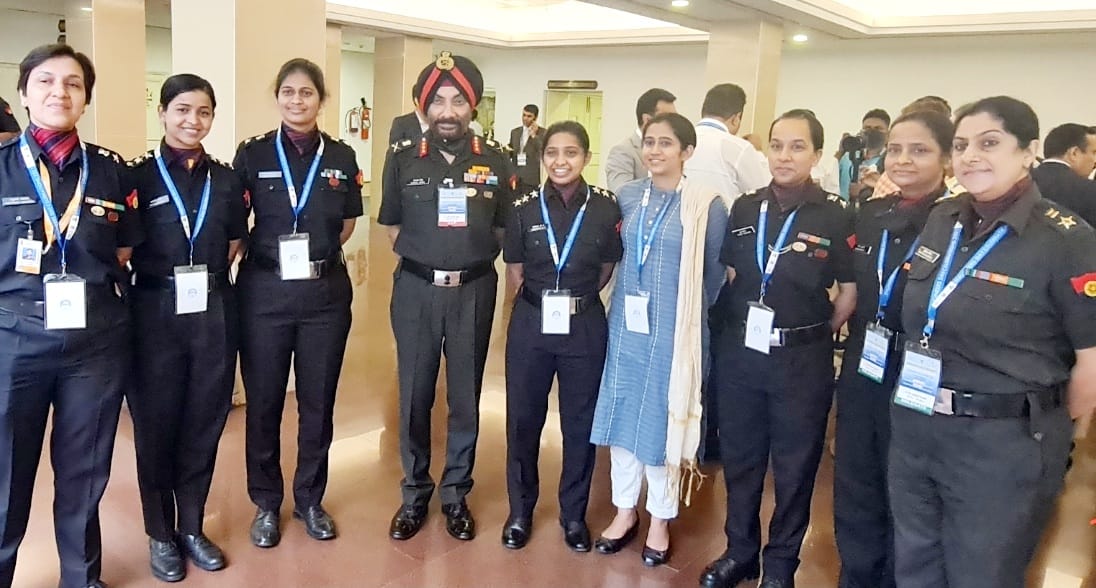 Women Empowerment: Will We Repeat History

Nearly 50 years ago, in December 1971 on Punjab-Pak border, I was caught behind the enemy lines with a patrol of six soldiers. We were caught by the Pakistanis while trying to make our way back to own defences. I and the six soldiers with me were taken prisoners. From near  Kartarpur sahib, where we were caught, I was taken to Gujranwala, the divisional headquarters of Pakistani army. The young Pakistani Captain who was in charge of taking me there was a friendly soul. He asked me if I was a ‘regular’ officer! On my affirmative response, he said “Bacchu (chap), it is going to be like ‘First Term’ all over again”. Even after a lapse of so many years, I remember my reply to him. “I hope it will not be that bad!”

I and around six hundred prisoners of war caught on the Western Front, and returned home after one year stay in Pakistan. All of us underwent interrogation and survived tough conditions. I have often been asked about my stay in enemy prison and troubles I must have faced. But truthfully speaking, I have always maintained that the first term ordeal in the National Defence Academy (NDA) was far tougher than anything I faced in Pakistan. The challenging life at NDA prepares a Cadet for every possible difficulty that battlefield and enemy can throw at you. NDA alumni has proved time and again that the safety and security of the nation is safe in their hands.

Currently misguided efforts are underway to dilute the NDA standards and introduce changes that can destroy this magnificent institution in the drive for ‘Women Empowerment’. This takes my mind back to the  1950s and 60s when under similar ‘noble’ intentions, the fighting efficiency, morale and ethos of the army were destroyed.

I am referring to Operation Amar – the construction of 1,450 barracks/family quarters for troops in Ambala – which was inaugurated by the Prime Minister on 20 August 1958. To save on cost, the project entailed using troops as labour for the construction. Gen Thimayya, the Chief of Army Staff, was opposed to it but was bypassed by the Nehru protégé BM Kaul. In the early 1960s, the unit lines, messes and bungalows were also used for the ‘grow more food’ campaign for wheat and other crops. It was a common sight in Cantonment to see troops engaged in farming. Bullocks and ploughs had been bought from regimental funds and old Persian wells had been reactivated. Such was the prevailing environment, ethos and culture in the Armed Forces during the Fifties and early Sixties that grassroots training, the primary preoccupation of an army in peacetime, had been neglected. It was no surprise that such an army when faced with a determined enemy in 1962 courted military disaster.

It is true that the intention of the then political leadership was very ‘noble’. Faced with acute accommodation shortages and endemic food shortages, army was used in non-warlike functions. This violated the basic law of statecraft- the role of armed forces is to prepare to win wars. Constitution makers realized this and therefore we have a separate law that governs the soldiers, with their own judicial system. Soldiers do not enjoy the fundamental rights like freedom of expression or freedom of association. Armed forces are not run on democratic principles but instead are subject to military order and discipline. To the credit of political class, the 1962 lesson was well learnt and never again have the politicians interfered in the administration, training and manning policies of the armed forces.

Since these events of 1960s have become a forgotten chapter in our history, under the garb of man-woman equality, judicial intervention is taking place that is tinkering with the training and manning of the armed forces. This is happening precisely at a time when the nation is facing grave threat of ‘two front’ war. It is indeed a frightening prospect that keeps many of us old soldiers awake at night.

Warfare and weapons in use have indeed changed a lot since the 1950s and 60s. However all the changes that have been brought about in organisation, training and equipment have a single aim- to win the war. Organizational changes like the recent appointment of CDS (Chief of Defence Staff) or creation of unified theatre commands are similarly aimed at bringing in administrative efficiency. The promoters/supporters  of induction of women in the armed forces have failed to show how this will enhance the armed forces ability to win wars or bring in administrative efficiency. In fact, the contrary is true. Women in combat zone create numerous hurdles for the administration starting with suitable accommodation to ‘protection’ of women from being sexually exploited. It is often suggested that a ‘woman friendly’ environment be created so that women could work. How do we create a woman friendly environment on the line of control? Since soldiering is a 24×7 job, will we be catering for children crèche on the border?

Does this mean that there should be a blanket ban on women in the armed forces? The answer to this is equivocal no. There are indeed areas and posts where induction of women will enhance the operational efficiency of the fighting forces. But the job to identify these areas and posts is best left to the experts in the field.

Once these jobs are identified, the armed forces should design suitable courses, create suitable institutions and environment to implement these measures. This is a deliberate and logical process that may take time. It will also be instructive to study the experience of other countries, (keeping in view our own peculiar conditions) wherein we learn from their experience.

Will we show wisdom and act wisely? Unfortunately current trends seem to exploit the armed forces weakness of lack of political and media clout and thrust thoughtless changes on them to keep up with the current ‘fashion’ of championing women’s cause. Those who are responsible for planting this ‘time bomb’ in the country may not live to see the long term consequences. But they should surely ask their children/grand children to begin learning Urdu/Chinese to prepare for another bout of slavery.