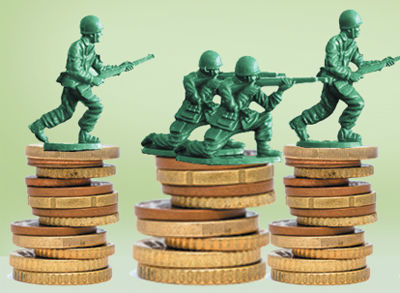 There is already a yawning gap between our defence requirements and capabilities that we envisage as essential. In the area of acquisitions, we are way behind schedule. In terms of force restructuring and raising of urgently required cyber, aerospace and Special Forces commands, the current budget as good as rules out any such endeavours in 2018-19. In fact, it’s doubtful if there are adequate funds available in the revenue budget to take the stress of pay and allowances, routine expenditure on clothing and rations and other maintenance needs. The author illustrates the state of affairs, as can be expected with such a limited budget for the armed forces. 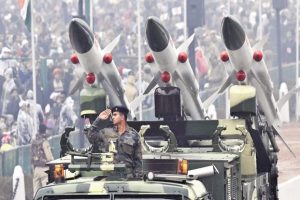 These figures are quite respectable but they dissemble the fact that only about 65 % of the total outlay is earmarked for the armed forces.  To put into perspective, the allocation of Rs 2,95,511.41 crore meant exclusively for the armed forces represents a growth of only 7.16 % over the BE of the current year.

This seems to be largely on account of a sharp 27 % increase in the outlay for defence pensions within the overall defence pie, representing a hike of 27 % hike over the current year’s allocation. The increase of Rs 23,113 crore in defence pensions is almost 4.5 times more than the meagre increase of Rs 5,213 crore in the capital budget of the armed forces. In fact, this increase is more than the sum total of the increase in the revenue and capital budgets of the services. This cannot but be discomforting for the MoD as it will have to face a challenge under both these segments of the budget.

The revenue budget of the services is set to go up by 12,146 crores but a little over 72 % of that is earmarked for pay 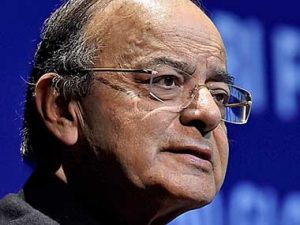 and allowances. Considering that obligatory expenditure on ration, clothing and fuel is also met from the revenue budget, not enough money may be left for ensuring serviceability of the in-service equipment, buying ammunition, training, infrastructure maintenance, and other operational requirements.

The situation under the capital segment is no different. The outlay of Rs 83,292.20 crore for capital expenditure of the services is just 6.68 % more than the BE of the current year. More than 88 % of this outlay is under the budget heads associated with modernisation of the armed forces but, after allowing for payments on account of committed liabilities under the ongoing contracts, which typically account for between 80 to 90 % of the total modernisation budget, not much money may be left for signing a larger number of high value contracts.

During the past four years, MoD has been signing new contracts worth Rs 60,000 crores per year on an average.  Considering that normally only 15 % of the contract value is paid in advance after signing of a contract, MoD would have required only Rs 9,000 crores every year for signing these contracts. The best one can hope for is that sufficient money will be available in the next fiscal also for signing new contracts in keeping with the annual average of the past four years.

It is obvious that the MoD may find itself in a tight spot if the pace of signing new contracts picks up or the sum total of the new contracts to be signed is far more than the past average. However, this should not come in the way of 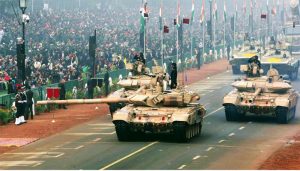 continuing with the pre-contract activities in respect of the big programmes like the acquisition of guns, fighter aircraft and submarines as MoD does not have to have the budgetary allocation to back such activities.

With the allocation barely enough to keep the wheels turning, no concrete steps, involving substantial cash outgo, can be expected in the coming fiscal for raising the cyber, aerospace and special forces commands, hastening the pace of the already approved raisings, and execution of the infrastructure projects along the borders.

One bright spot in the budget is the capital outlay for the Defence Research and Development which is proposed to be increased by almost 29 % over the BE of the current year. While it is not known at this stage what accounts for this increase, it would go a long way in giving a fillip to the defence R&D if the funds are spent on projects undertaken in collaboration with the private sector under the rubric of the Defence Technology Fund as a part of the larger objective of promoting Make in India in defence.

Amid all this, the statement made by the finance minister in his budget speech that ensuring adequate budgetary support will be the government’s priority is perplexing. The proposed budgetary support would almost certainly be less than the requirement projected by the MoD. As a matter of fact, the proposed allocation is much lower than the outlay for defence envisaged in the Mid-term Expenditure Framework statement submitted by the government itself to the parliament last August.

The finance minister also mentioned in his speech that the government had liberalised foreign direct investment (FDI) in defence.  While this is indisputable, it is also true that the liberalisation has fallen short of the expectations of the foreign investors with the result that there has been an accretion of just about Rs one crore in FDI in this sector in the last four years. Only the coir sector has attracted lesser FDI in cumulative terms.

Whether it is FDI or private sector participation, both these depend on the buoyancy of the defence market in India. The private sector would step up and the investors will bring in the FDI if they see a business case for doing so. This, in turn, depends on the MoD orders coming their way which has not been happening so far in a big way. This will be a critical factor when it comes to the development of two defence industrial production corridors announced by the finance minister.

What seems to be of a greater importance at this stage is to ensure the sustainability of the existing private sector entities in the defence production sector, including the shipyards which seem to be starved of orders from the MoD.  It remains to be seen whether the new industry-friendly Defence Production Policy that the finance minister has promised to bring out in 2018 will meet this objective.

Note: You can listen to BharatShakti’s podcast on the defence budget here: