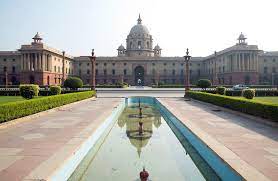 Defence reforms have been undertaken in the year 2020 by the Ministry of Defence (MoD) to bring about greater cohesion and modernization of the Armed Forces through policy changes, innovation and digital transformation are gathering pace. A new sense of urgency is visible in the South Block Corridors. An important fallout is the cyber security policy for MoD LAN, unveiled to address security threats that will ensure all offices of the Ministry have more effective security.

The Defence Ministry set up an online portal ((https://rakshapension.desw.gov.in)) on 14 January this year to resolve pension-related grievances of ex-servicemen (ESM) and their dependents after implementing e-pension schemes enabling ease of access for the defence pensioners in 2020. There are more than 26 lakhs Armed Forces pensioners/family pensioners and approximately 55,000 pensioners are added every year. 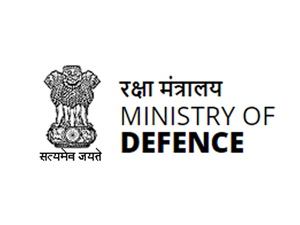 Cantonment services – e-chhawani – was launched in 2021 for all 62 cantonments to provide e-services with simplified online trade license renewal. NOC for setting up infrastructural projects went digital in June 2020 to address security threats in the cantonments. Land management system to manage requests for transfer of defence land was also launched in 2020 to usher ease of doing business with defence.

Digital mapping of defence estate lands was the major initiative launched by the Ministry of Defence in 2018. MoD surveyed 17.78 lakh acres of defence land, one of the largest such land surveys, in a little over three years, using modern survey technologies.

Clear demarcation and boundary survey of defence lands and fixing of the boundaries is necessary for the protection of the defence land, safeguarding of the title of MoD, updation of land records, maps and prevention of encroachments. Towards this end, the Directorate General Defence Estates, MoD commenced the Survey of Defence Land in October 2018.

According to the official statement, the entire exercise of survey of about 1.61 lakh acres of defence land inside cantonments and 16.17 lakh acres outside cantonments (total 17.78 lakh acres) has been completed by using the latest surveying technology. Modern survey technologies like Electronic Total Station (ETS) and Differential Global Positioning System (DGPS) were used in the survey.

To further speed up the process, drone imagery and satellite imagery-based surveys were leveraged for reliable, robust and time-bound outcomes. 3D Modelling techniques for better visualisation of defence land in the hilly areas have also been introduced by utilising Digital Elevation Model (DEM) in association with Bhabha Atomic Research Centre (BARC), the statement stated.

Institutes like National Remote Sensing Centre and National Institute for Geo-Informatics Science and Technology helped in the conduct of the survey. A Centre of Excellence (CoE) on Land Survey and GIS mapping has also been established in NIDEM (National Institute of Defence Estates Management) for sharpening proficiecy of Defence Estates officials in the field of latest survey technologies by the MoD.

According to MoD, as a part of the survey, a project for a real-time change detection system based on the Time series Satellite imagery for detection of encroachments on defence land has also been initiated. A pilot test has been carried out on satellite imageries of defence land pockets procured from the National Remote Sensing Centre, Hyderabad. Geo-referenced and digitised shape-files are being made available to enable quick decision making by officials of DGDE and MoD.

The survey will eventually help in reducing boundary disputes amongst stakeholders and would also help in resolving legal disputes at various levels. Understandably, the mammoth exercise of survey of defence land is indeed an unique example of leveraging emerging technologies for land survey in consonance with the government’s resolve of Digital India push.