DefExpo India 2016: A Steep Curve in the Learning Process

The 9th edition of Defexpo India held at Naqueri Quitol in Quepem Taluka of South Goa from 28th to 31st March 2016 was unique in many ways as enumerated beneath:-

Shifting the venue out of New Delhi did not adversely affect the outcome of the Defexpo. In effect, it increased the awareness of the local populace and the regional entrepreneurs regarding the opportunities that defence manufacturing offers to them. The considerable number of first time micro, small and medium enterprise (MSME) participants from Goa and the Tier Two City Industrial Clusters of Aurangabad, Nasik and Indore were evidence of the interest generated. There could thus be a case to periodically rotate the venue of the Defexpo on a regional basis to provide outreach to other industrial belts and the nation at large. The grouping of regions could be as follows: 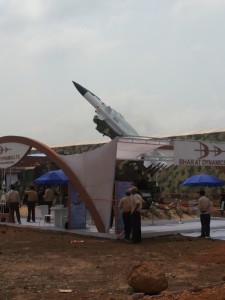 The venue could be any one city within the region. Learning from the experience of the political angle sought to be given to Goa as the site for this Defexpo and the numerous pinpricks of activists of various hues that are best avoided, it is worth considering the conduct of future Defexpo on defence land in any cantonment in the above mentioned regions having adequate infrastructure in terms of road, rail and air connectivity, as also hotels to accommodate the numerous out of station participants and visitors.

Besides the venue, the scheduling of the Defexpo should be during the weather season of the region; in most cases between November to February. Selection of venue and scheduling of Defexpo could also take in to account holding the event in tandem with other important events which could complement the aim and objectives of the Defexpo e.g., if the Defexpo had been coordinated with the recently conducted International Fleet Review in February 2016, it could have provided opportunity for the live showcasing of naval weapon systems and platforms, as also got a wider international audience of personnel from navies, globally. 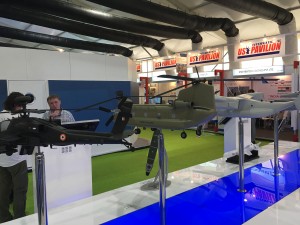 Notwithstanding the impressive figures of attendance and participation, the dominance of the multinational and large domestic industrial houses including PSUs was clearly evident as compared to the participation of the MSMEs. There is therefore definitely a case to increase the participation of the MSMEs in order to showcase their technical skills and accomplishments, especially those who are capable of becoming vendors to the large defence sector companies, the ultimate integrators of weapon systems. 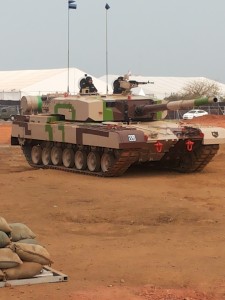 Besides participant companies, an ‘Innovators Gallery’ displaying innovations and inventions in physical and or virtual form is also recommended to be introduced as a platform for designers, innovators, entrepreneurs and research institutions to showcase their ideas/designs/products which have a possible defence application. If reasonably priced, it will widen the participant base, as also benefit those who cannot afford the rentals to set up independent stalls.

In addition to the importance of achieving maximum possible participation and viewership, it is also necessary to target the right audience. Besides the military industrial Complex, the biggest beneficiaries of a Defexpo are the nation’s armed forces. Teams from the three service headquarters, as also a few defence attaches were visible, however it would be most useful for the armed forces, as also the paramilitary forces, to send the cutting edge of their manpower i.e., young officers and enlisted ranks from all arms and services to witness this exhibition with a definite agenda to seek their feedback and suggestions on the exhibits. Many a times, seemingly insignificant items have a much larger impact and could get overlooked by senior functionaries sitting in Delhi. 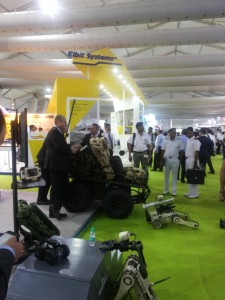 In one case being quoted out of many, an Indian company which exhibited a suite of simulators and training aids that can simplify and enhance training to improve battle skills has yet not generated any interest in the defence forces. One of the products of this company would allow live small arms firing even in the heart of crowded cantonments with minimum employment of instructors and manpower, and complete safety. Imagine the benefits it can bring to 1.5 million personnel of the three services plus an equal strength of paramilitary and police forces. 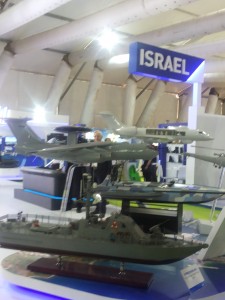 During the Defexpo, while we as a nation were being targeted by 490 participating foreign companies to buy their products, we seemed to have missed the point of targeting the world by concentrating in a planned manner with what we have on offer. To be fair, HAL did tout the Light Combat Aircraft and the attack variant of the Advanced Light Helicopter as export prospects, but something more concrete in terms of definitive proposals, a bouquet of products with delivery timelines could have been jointly proposed under the umbrella of the Department of Defence Production, MoD and Industry Associations (CII, FICCI and ASSOCHAM).

Our Public and Private sector industries have developed considerable capabilities in designing and producing world class artillery weapon systems including ammunition and high mobility logistics vehicle platforms, while PSUs and private shipyards have also built up their capabilities at designing and manufacturing warships in the Offshore Patrol Vessels, Corvette and Frigate Classes. For the next Defexpo, the MoD and Ministry of Commerce, along with the PSUs and the private sector enterprises must have a joint strategy in place to win maximum possible export orders for artillery weapon systems, high mobility logistic vehicles and warships, for which there is considerable demand in the third world and the littoral nations of the Southern Atlantic, Indian and Pacific oceans.

Defence manufacturing was one of the key sectors amongst the 25 sectors identified for the ‘Make in India Program’. The thrust of this program was evident in the Defexpo, with a seminar titled “Make in India for Defence Sector” conducted for the key participants. The seminar on ‘Modernisation of the Indian Army’ was also a very useful input for entrepreneurs at all levels to plan for the future course of the technology and manufacturing capability required to meet the requirements of the world’s third largest army. Such inputs should be released on a regular basis by the MoD in the form of updates to give out the milestones of achievements of ‘Make in India’ and the follow up envisaged.

A pleasant outcome of successful culmination of a long pending Director General Ordnance Factory project for the manufacture of an indigenous Bi-Modular Charge System (BMCS) for 155 mm guns, jointly by High Energy Materials Research Laboratory and an Ordnance Factory, came to notice only after seeing the BMCS being exhibited in the Defexpo. It is a very positive outcome and a major milestone achieved that needs to be commended.

To motivate industry and other stake holders to attain the ultimate goal of self reliance in weapon systems, the Defexpo would be an ideal platform to honour all those entities and people whose contribution is invaluable in achieving of the goal of self reliance. Design, Development, Innovation, Invention, Excellence in Quality and Export performance could be some of the heads under which the awards are made to the deserving.

To sum up, Defexpo 2016 could be described as a steep learning curve where a lot of new ground was broken for ‘Make in India for Defence’ compared to the previous eight expositions. The Private sector made its presence felt by actually displaying exhibits of complete weapon systems. The PSUs and the DRDO also exhibited an impressive array of weapon systems which have reached the production stage. For the future, let us make Defexpo even more impressive with a focused strategy towards promoting self reliance and exports.