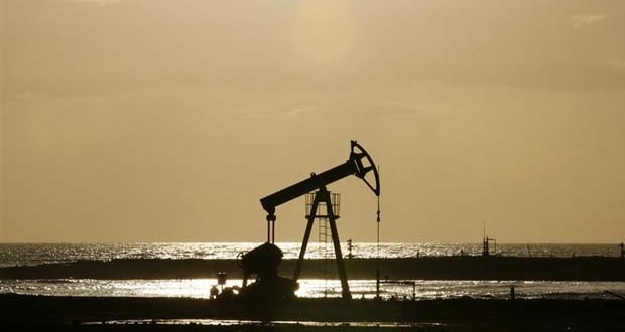 The article identifies India’s utilisation of various natural and renewable resources in percentage terms and identifies the major sources of dependence for its energy needs. Domestic availability is taken into account and the indicators leave no doubt that crude cannot continue in its overriding position in being among the prime resources. The article continues to examine the probability of gas being a substitute and evaluates the various pipeline projects that India is pursuing to ensure energy security. The author goes on to analyse each of the projects and makes his recommendations considering the financial, maintainability, security aspects etc., that bear heavily on projects which cross national borders, run through disturbed nations and are laid along deep sea beds.

ENERGY FROM GAS AND TRANS-NATIONAL GAS PIPELINES: THE INDIAN CONTEXT

The domestic production of energy in India is far below the increasing demand resulting in substantial expenditure on import of crude oil and gas. To this end, India’s Energy Policy is dictated by two challenges; firstly, to address all aspects related to energy deficit and secondly, to identify alternate sources of energy (solar, nuclear, wind etc.).

India draws its energy needs from Thermal, Hydro Power and non-conventional sources. The broad consumption pattern is Coal (52%), Crude (29%), Gas (11%), Hydro (5%), Nuclear (1.5%) and others (2.0%). With 81% dependence on coal and crude, India is decades away from changing these equations, despite coal and crude being the worst environmental offenders. 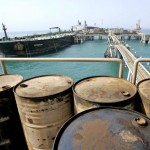 India is the 4th largest energy consumer after China, USA and Japan, with high dependence on imported crude oil mostly from the Middle East. India is also the fourth largest net importer of crude oil and petroleum products, with 80% of its requirement being imported. India’s daily demand is almost four million barrels, with indigenous production of one million barrels a day. Projections for 2040 are eight million barrels daily, while indigenous production will generally remain the same. Statistically, India held 5.7 billion barrels of proven oil reserves in 2014. As for coal, India has a reserve of 200 billion tons, the fourth largest in the world, which will last for 400 years at current levels of consumption.

India has limited gas reserves to meet its requirements. There is a pressing requirement to identify commercially viable, long term association and uninterrupted supplies. Russia has the largest gas reserves in the world with 1600 trillion cubic feet (TCF) followed by Iran (1200 TCF), Qatar (900 TCF), US (400 TCF), Saudi Arabia (300 TCF), Turkmenistan (300 TCF) and UAE (250 TCF). Besides trading with Qatar and Saudi Arabia on a limited scale, India is exploring possibilities to tap the resources of Iran and Turkmenistan for which negotiations have been in progress for the last 20 years for constructing three transnational pipelines viz Turkmenistan – Afghanistan – Pakistan – India; Iran – Pakistan – India; and Iran – India. These projects have not been able to see the light of the day due to security, strategic, political and commercial reasons. The changed geo-political and strategic scenarios have, however, opened a window of opportunity.

Origin: TAPI is a Natural Gas (NG) pipeline being developed by Asian Development Fund, which will ferry Caspian Sea NG from Turkmenistan across Afghanistan, Pakistan and India. The project was initiated on 15 Mar 1995 with the signing of a Memorandum of Understanding between Turkmenistan and Pakistan. Since the pipeline was to pass through its territory, Afghanistan was also taken on board in 1998. The project was however stalled in December 1998, primarily due to US concerns. 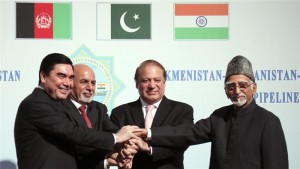 Route and Technical Specifications:  TAPI pipeline starts from Galkynysh gas field in Turkmenistan and runs alongside Kandhar – Herat Highway in Western Afghanistan; Quetta and Multan in Pakistan and Fazilka in India covering a distance of 1814 km. The pipeline is 56 inches in diameter with a capacity of 33 billion cubic meters (BCM) of NG per year, of which the share of the Afghanistan will be 5 BCM and that of Pakistan and India at 14 BCM each for a period of 30 years. The cost is estimated at $ 10 billion.

Progress and Current Status: The project was reactivated on 24 April 2008 when Afghanistan, Pakistan and India signed a framework agreement followed by signing of inter-governmental agreement in Dec 2010. India has permitted Gas Authority of India Ltd (GAIL) to sign Sale/Purchase Agreement with Turkmengaz, Turkmenistan’s national gas company. The Project got a kick-start with the construction starting in Turkmenistan on 13 December 2015. With numerous differences yet to be resolved, fruition of the project is still a question mark. 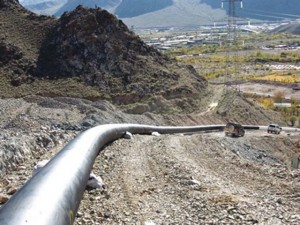 Origin, Route and Technical Specifications:  Iran and Pakistan signed an agreement in 1995; later extended to include India with a preliminary agreement between Iran – India in 1999. The 2775 km long pipeline starts from Asalouyeh in Iran to run 1172 km before clocking 785 km in Pakistan through Baluchistan and Sindh. In Khuzdar, a branch would spur off to Karachi, while the main pipeline would continue towards Multan. From Multan, the pipeline is to reach Delhi, approximately 900 km. It’s a 56 inches pipeline with initial capacity of 22 BCM per year, later to be increased to 55 BCM, with India and Pakistan having an equal share. The project cost is approximately US $ 7.5 Billion. Cost of gas supplied by Iran would be 15-20% cheaper than TAPI.

Progress and Current Status. The project lay dormant till its revival in 2004 and in 2009, India withdrew, but again called Iran and Pakistan for talks in March 2010. In a positive development between Iran and Pakistan, the announcement to commence wok before October 2012 and complete by December 2014 was announced by both parties. To this end, while Iran has almost constructed its part of the work, Pakistan is still dragging its feet. In a recent development China has stepped in to construct the Pakistani portion. Consequently, while Iran – Pakistan pipeline (which may be further spurred to China) may become a reality in coming times, chances of India’s participation appear dim. 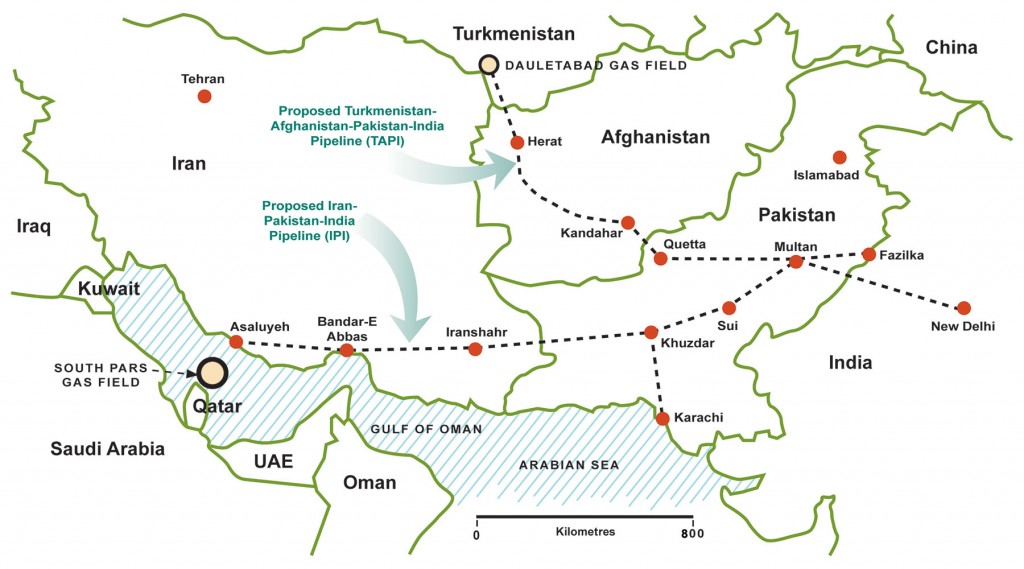 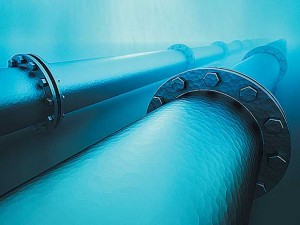 Origin and Progress:   Prime Minister Modi’s recent tour of Central Asia and his public promotion of an Iran – Oman – India pipeline have given a significant impetus to this proposal of 1999. Iran is in negotiation with South Asia Gas Enterprise (SAGE) which will head an international consortium. The Project is worth $ 4.5 Billion.

Route and Technical Specifications:  The 1400 km under-sea pipeline reaching a depth of 3400 meters will start from Iran (Chabahar Port), through Gulf Region (Oman Sea) to the Indian Coast at Gujarat, with a spur line to Mumbai later. SAGE will lay the pipeline bypassing the Pakistan EEZ. It will carry 31.5 million cubic meter gas per day and will be built in two years after finalization. 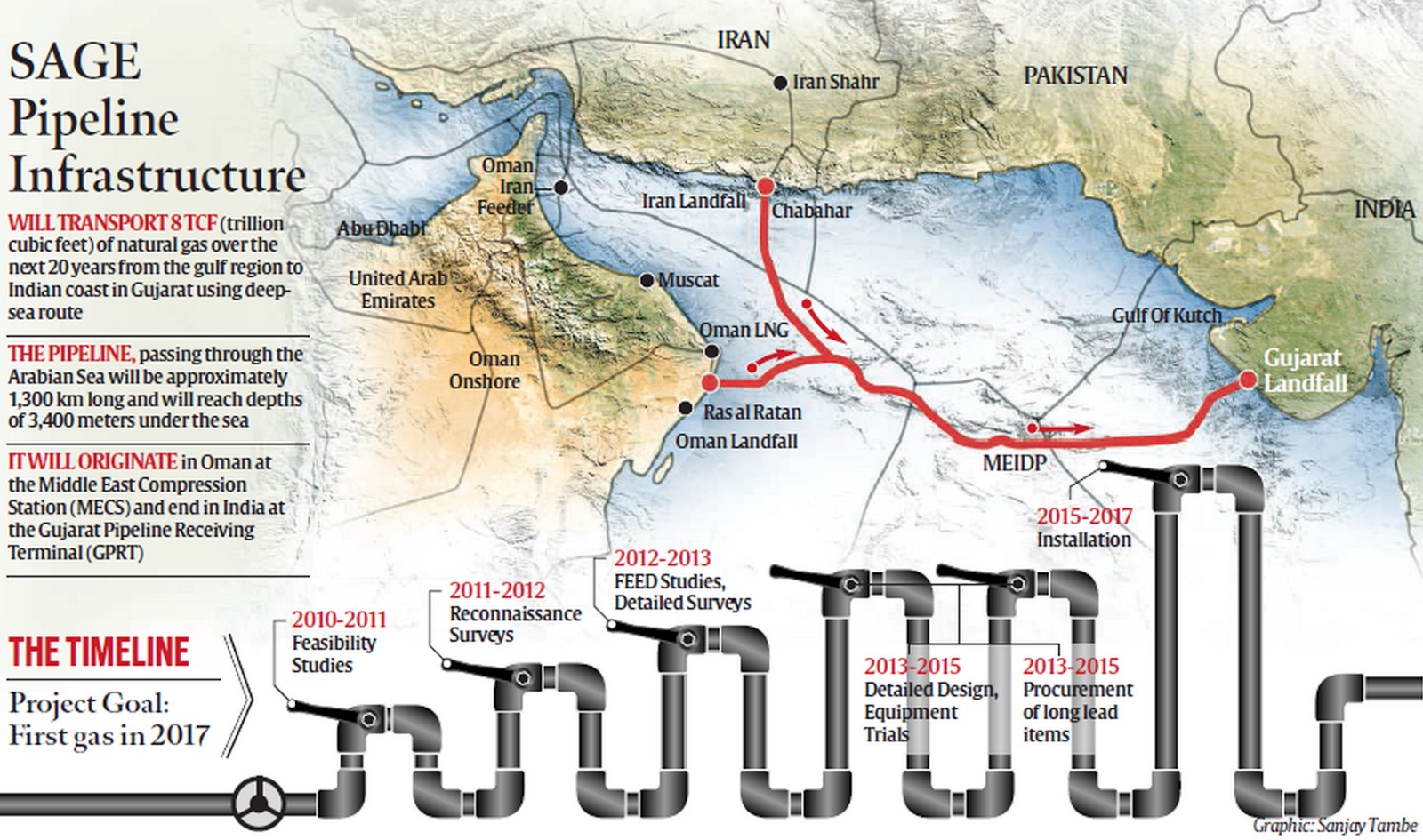 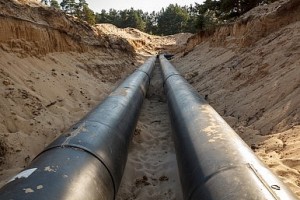 TAPI Pipeline. Optimism has been generated with the recent kick-start given to TAPI Pipeline on 13 December 2015 in the presence of top leaders from Turkmenistan, Afghanistan, Pakistan and India, however, the following hurdles which need resolution:

IPI Pipeline: From India’s perspective, besides its concerns about security and transit fees, the project lacks a well-defined bilateral/trilateral Government – to – Government (G to G) and Business – to – Business (B to B) 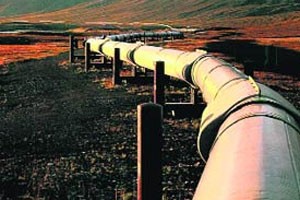 agreements. Besides this, USA and European Union are not keen on fructification of this proposal primarily due to China and Russia factor. Both China and Russia have offered to assist Pakistan financially and technically.

Iran – India (II) Pipeline: The II pipeline calls for ‘technology at its best’ for creating infrastructure and continuous maintenance and operationalization of the pipeline deep under the sea. Other major challenges relate to pressure from USA and European Union to keep Iran in check; discomfort of China and Pakistan for a one–on–one Project between Iran and India due to obvious strategic reasons; the cost of the project which is likely to cross $ 8 billion as against current estimate of $ 4.5 billion; and likelihood of Pakistan creating hurdles on the premise of pipeline passing through its ‘continental shelf’, which can extend up to 350 nautical miles.

It is imperative that India optimises its energy security and follows the US model of conserving its own resources and exploiting international market. While it can continue to use its coal reserves at current consumption levels for 400 years, the meager crude and gas reserves need to be conserved. The import of ‘crude and gas’ should get reversed to ‘gas and crude’; more dependence on Gas, which is beneficial both from the environment and commercial angles.

In addressing the issue of pipelines, India must adopt a pro-active approach to freeze contracts at the earliest, lest the market is captured by other emerging stakeholders. It would indeed be prudent for India not to close doors for any project. Iran option perhaps provides maximum dividends, since they are likely to agree to Rupee trading. Despite the fanfare, TAPI may not take off for a long time. At present, the best prospects are of IPI for which infrastructure has already been constructed on the Iranian side and Pakistan (with China’s assistance) has started the ground work. Overall, the best case scenario for India is to move towards fructification of Iran gas pipeline in both its versions (IPI and II) and at the same time pursue TAPI.

For its future requirements, the long term perspective should be to tap gas resources ex Russia and Middle East countries like Qatar, UAE, and Saudi Arabia etc. The aim should be to pave the way for a ‘Coal and Gas Centric’ rather than ‘Coal and Crude Centric’ Energy Policy, supported by new and renewable energy sources, which is cost effective and poses reduced health hazards.

Indian Government’s resolve to provide safe, clean and convenient electricity for all household and commercial uses warrants adoption of ‘Gas Dominated Energy Policy’ duly supported by Solar, Nuclear and other sources. Opportunities offered in terms of TAPI, IPI and II gas pipelines must be seized rather than being allowed to linger for decades together. If the economy and development have to look up, so should Energy Security, for a balanced development model for India.

In the overall analyses, the cost indicated against each pipeline is well worth its outcomes in the long run, in all its facets and context.

Maj Gen DK Jamwal, VSM** retired from the Army after rendering 38 years of distinguished service. He is an alumni of the prestigious Defence Services Staff College, Wellington, College of Defence Management, Secunderabad.